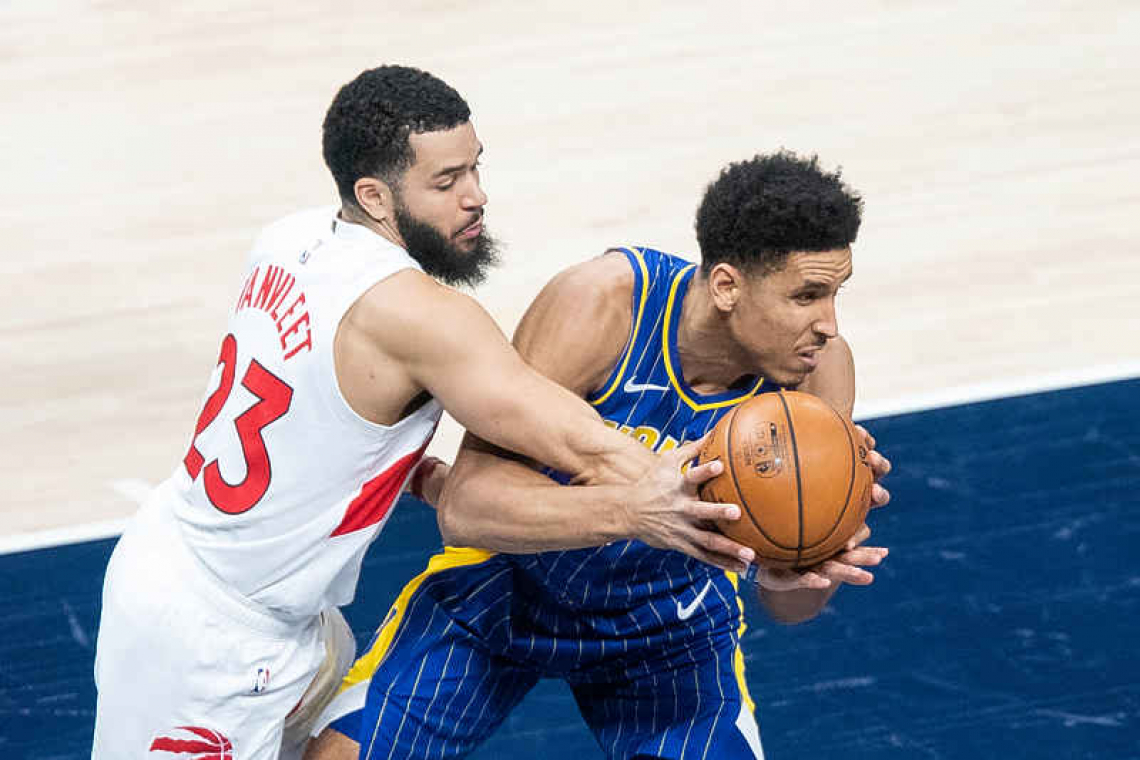 INDIANAPOLIS --OG Anunoby had a season-best 30 points and five steals as the Toronto Raptors posted a 107-102 win over the Indiana Pacers on Sunday afternoon at Indianapolis.

Fred VanVleet added 21 points for the Raptors, who have won five of their past six games.
The teams play again Monday night.
Norman Powell had 20 points and Aron Baynes and Chris Boucher each added 12.
The Raptors were without Kyle Lowry (infected toe) and Pascal Siakam (left knee swelling).
Myles Turner collected 25 points and six blocks and Domantas Sabonis had 10 points and 19 rebounds for the Pacers. Justin Holiday added 16 points, Doug McDermott and Jeremy Lamb each had 13 and Malcolm Brogdon had 12.
Pacers first-year coach Nate Bjorkgren spent the past two seasons as an assistant with the Raptors.
The Raptors saw their 13-point third-quarter lead shrink to two points entering the fourth.
Turner's dunk tied the game at 82, but VanVleet's 3-pointer had the Raptors ahead by eight with 7:16 to play. Turner's 3-pointer, however, cut the lead to one with 4:06 to play.
Anunoby's 3-pointer gave Toronto a four-point lead but Turner answered with one of his own. Brogdon's layup tied the game with 1:09 left.
Anunoby made one of two free throws to give Toronto a one-point lead with 44.4 seconds left. Indiana was called on a shot-clock violation with 19.6 seconds left. Anunoby made two free throws with 18 seconds to go.
It was tied at 24 after the first quarter.
Toronto secured an 11-point lead on a 3-pointer by VanVleet with 1:54 remaining in the second quarter. The Raptors led 58-47 after the first half, which ended on two free throws by VanVleet.
A layup by Powell put the Raptors into a 13-point lead with 4:16 left in the third quarter.
Brogdon's layup with 1:29 to play in the third trimmed the lead to eight. Lamb's layup and free throw finished the third quarter with Toronto leading 77-75.