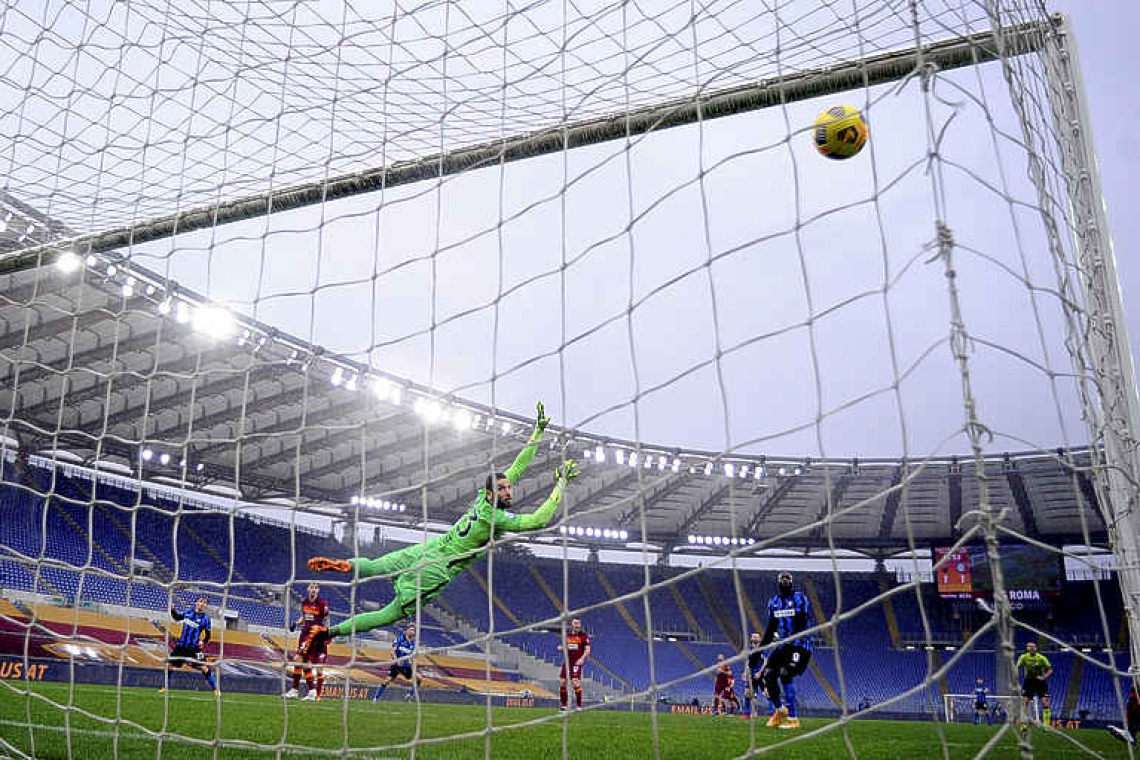 ROME- - Gianluca Mancini's late goal earned AS Roma a 2-2 draw at home to Inter Milan on Sunday which left the visitors three points behind leaders AC Milan in the Serie A title race.

Lorenzo Pellegrini’s deflected shot put the hosts in front at halftime, but Inter mustered a spirited response and Milan Skriniar headed in a deserved equaliser after the break.
Achraf Hakimi put Inter ahead by curling an outstanding shot in off the bar, but Mancini's glancing header levelled the scores with four minutes remaining to clinch a sixth consecutive league draw between the two teams.
Inter are in second place on 37 points, three behind city rivals AC Milan, with Roma third on 34 points.
Antonio Conte was looking for a response after Inter's eight-match winning run was surprisingly ended in a 2-1 defeat by Sampdoria on Wednesday.
They started brightly as Romelu Lukaku threatened twice, Pau Lopez acrobatically palming over his header before Chris Smalling made an important block to deny the Belgian.
But Roma struck on the break to take the lead after 17 minutes, as Jordan Veretout won the ball and sprung a counter-attack that Pellegrini finished off with a deflected shot into the bottom corner.
Inter piled on the pressure after the break and Lopez came to Roma’s rescue again with a point-blank save to deny Lautaro Martinez from six yards.
They soon broke through, however, with two goals in seven minutes, as Skriniar rose to head in a corner and Hakimi fired in a wonder strike on his weaker left foot to make him the top scoring defender in Europe's top five leagues this season with six goals.
However, Roma responded well and finished on the front foot, as Mancini drew a save from Samir Handanovic before heading in the leveller to maintain his team's unbeaten home record this season.