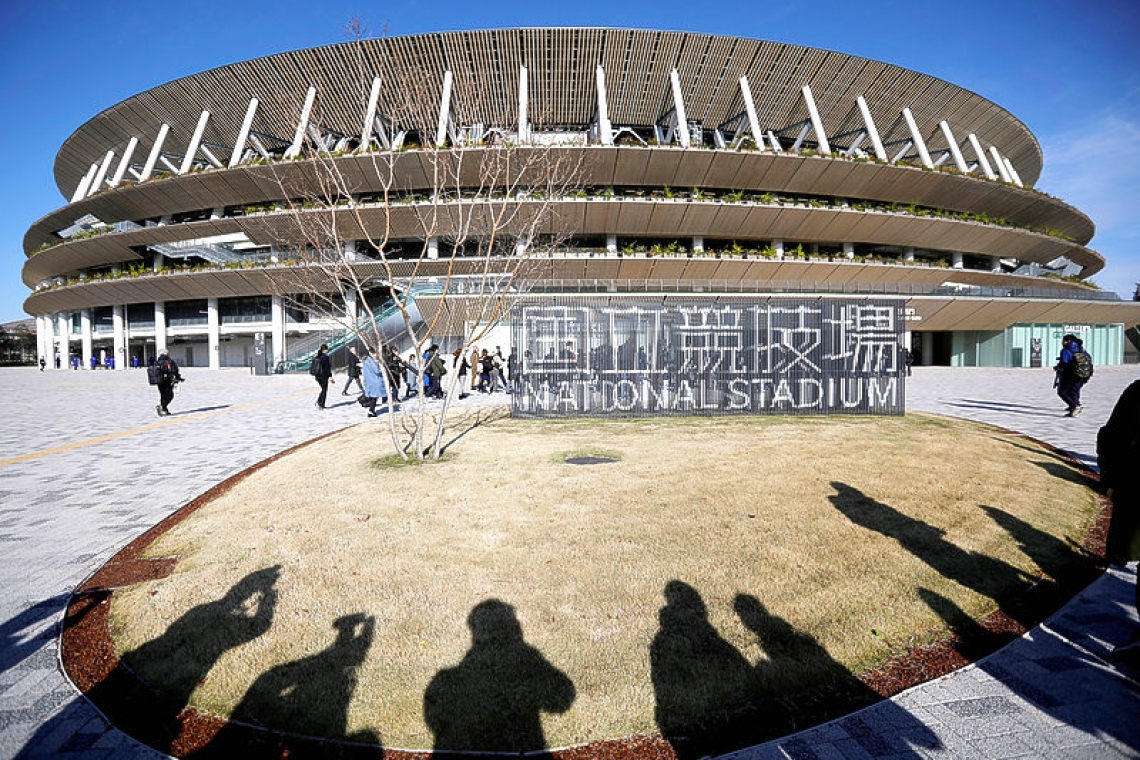 TORONTO/TOKYO- - The International Olympic Committee has decided to postpone the Tokyo 2020 Summer Games because of the coronavirus pandemic, IOC member Dick Pound said on Monday, as a window slowly began to open that would allow the showcase to be staged next year.

Major sporting nations Australia and Canada had already withdrawn on Monday as organisers came under global pressure to postpone the event for the first time in its 124-year modern history.
"On the basis of the information the IOC has, postponement has been decided," Pound said in newspaper USA Today. "The parameters going forward have not been determined, but the Games are not going to start on July 24, that much I know."
Pound told Reuters that a one-year postponement looked like the best solution. This would mean the Games, which had been scheduled for July 24-Aug. 9, are likely to be held in the summer of 2021.
Japan and the IOC have said calling off the Games entirely is not an option. But finding a new date could be complicated as the summer 2021 calendar is already crowded, while 2022 will see the soccer World Cup and the Beijing Winter Olympics.
Pound said a large number of stakeholders from the organising committee, to athletes to broadcasters and sporting federations would all need to be consulted before a plan could be finalised but there were early signs of a willingness to accommodate a 2021 Summer Games.
World Athletics said on Monday they would be willing to move their 2021 world championships scheduled for Aug. 6-15 in Eugene, Oregon to clear a path for a 2021 Olympics.
"World Athletics has already been in discussion with the Oregon 21 Organising Committee regarding the possibility the Olympic Games may move to next year and they in turn have held discussions with their key stakeholders and have reassured us they will work with all of their partners and stakeholders to ensure that Oregon is able to host the World Athletics Championships on alternative dates should that prove necessary,” athletics' global governing body said in a statement.
An Olympics postponement would be a blow for host country Japan, which has pumped in more than $12 billion of investment, and huge sums are also at stake for sponsors and broadcasters.
But a groundswell of concern from athletes - already struggling to train as gyms, stadiums and swimming pools close around the world - appeared to be tipping the balance, along with the cancellation of other major sports events.
More than 337,000 people have been infected by the novel coronavirus worldwide and over 14,600 have died in a pandemic that the World Health Organisation said was accelerating.
The IOC and the Japanese government have both edged back from weeks of insistence that the Games would go ahead, announcing a month-long consultation.
The Olympics have never before been delayed, though they were cancelled altogether in 1916, 1940 and 1944 during the two world wars, and major Cold War boycotts disrupted the Moscow and Los Angeles Games in 1980 and 1984 respectively.
"The moment the IOC indicates that it is thinking about other solutions, it has already decided to delay the Games," said French Olympic Committee president Denis Masseglia.
Canada and Australia both bluntly said they would not participate if the Games were not put back to 2021 and Britain may have followed suit.
"We are in the midst of a global health crisis that is far more significant than sport," Canada's Olympic Committee and Paralympic Committee said in a statement.
A raft of other nations and sports bodies piled pressure on the IOC to make a quick decision.
Athletes were sad but broadly supported a delay.
"The right choice was made, but it doesn't make it any easier," said Canadian world champion swimmer Maggie MacNeil, who was hoping to make her Olympic debut in Tokyo.
"Sometimes you just need a good hug."
Japanese authorities seemed to be bowing to the inevitable, despite the losses and logistics headaches it would entail.
"We may have no option but to consider postponing," Prime Minister Shinzo Abe, who was hoping for a boom in tourism and consumer spending, told parliament.
The organising committee is already scaling back the torch relay to avoid crowds, national broadcaster NHK said.
Japanese sponsors, from Toyota Motor Corp to Panasonic Corp, were watching nervously. But Tokyo stocks sensitive to the success of the Olympics surged on Monday, after sharp falls in prior weeks, thanks to expectations of a delay rather than a cancellation.
Ad agency Dentsu Group's shares jumped 12%.
Pound told Reuters the IOC had tried to hold fire in order to be able to present the hosts, sports federations and sponsors with a clear alternative plan.
"Probably what turned the tide in the last couple of days is the curve on the COVID-19 virus. It is getting very, very steep now and this is clearly not something that is going to be under control by June or July and probably not by the end of the year."