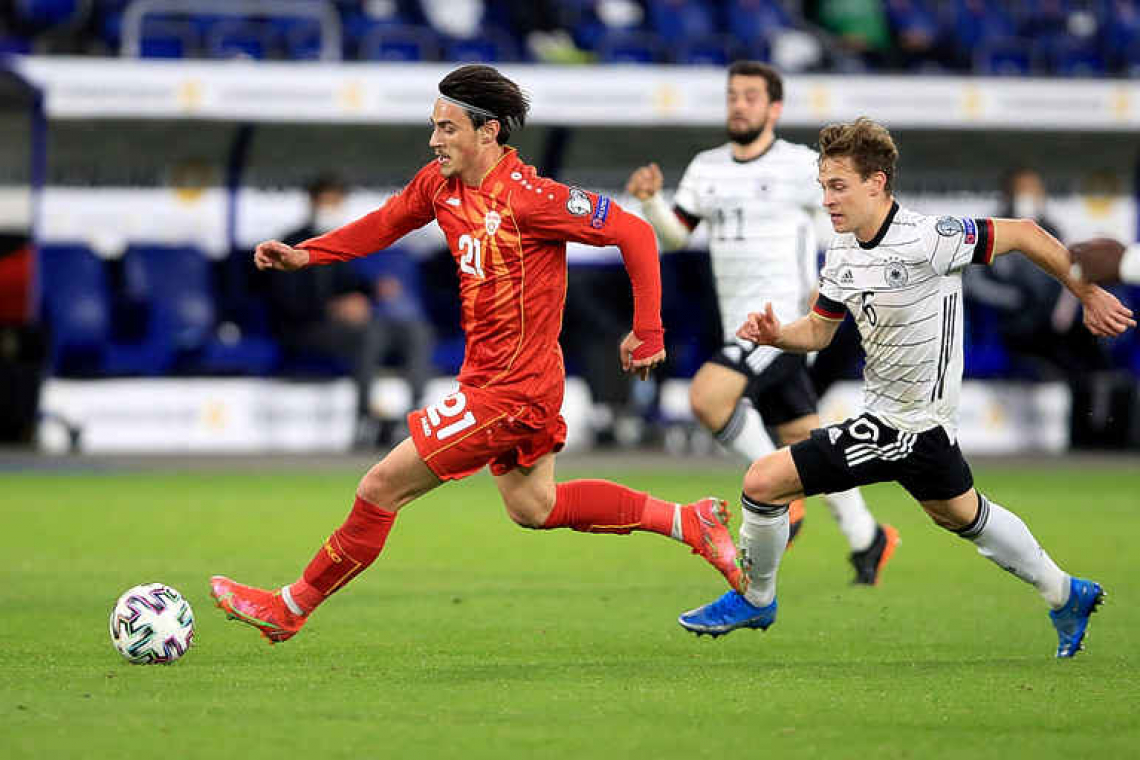 Elmas slotted in after the four-times world champions had controlled the game but struggled to convert chances against the disciplined North Macedonians, ranked 65th in the world.
It was Germany's first home World Cup qualifying loss in 20 years in coach Joachim Loew's last qualifying game in charge ahead of his departure following this summer's European Championship. "This is bitterly disappointing," Loew said. "We were not fresh enough, we made mistakes. When we played quickly we were dangerous but we did not find the tools to be really threatening.
"Overall, it was disappointing to lose like that at home."
Before the start of the game the German players unfurled a banner supporting human rights.
Last week players from Germany, the Netherlands and Norway wore shirts voicing concern over human rights in Qatar following a British newspaper report that at least 6,500 migrant workers had died in Qatar, host of the 2022 World Cup, in the decade since it won the right to stage the event.
Despite Germany's 70% possession in the first half and Leon Goretzka's shot onto the crossbar, it was the visitors who scored when 37-year-old Goran Pandev was left unmarked in the box to tap home in first half stoppage time.
The Germans had their opponents boxed in their own half but apart from a Serge Gnabry effort had little to show for it until Leroy Sane was brought down in the box.
Gundogan's 63rd-minute penalty drew the hosts level but despite late pressure and a golden chance for Timo Werner 10 minutes from time, Germany could not find a winner.
They were lucky not to concede a penalty for an Emre Can handball but were still punished for not making their dominance count when Elmas found space in the box to turn in a cutback for the winner.
"These lads have made North Macedonia proud against the winners of four World Cup titles and three European championships," North Macedonia coach Igor Angelovski said.
"We've never beaten a team with so many titles. Now we have to get some rest as what we have accomplished still hasn't sunk in."
The win lifted North Macedonia to six points in second place, ahead on goal difference from Germany in Group J and three behind leaders Armenia.