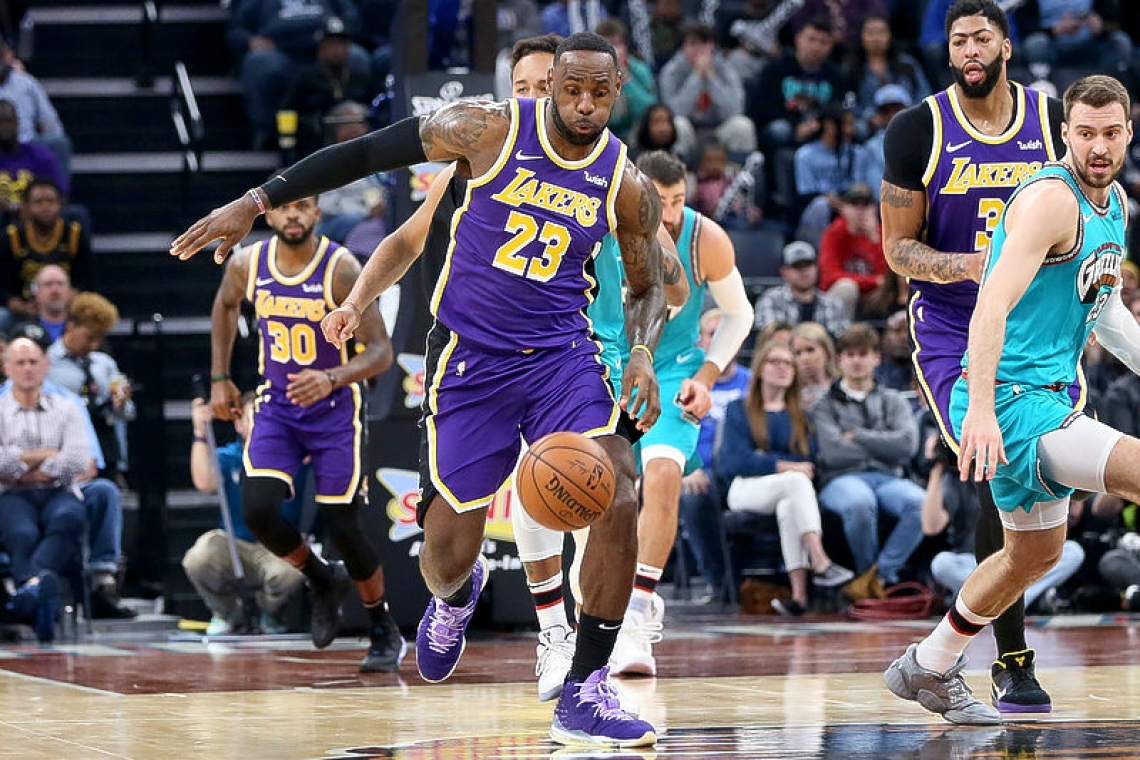 LOS ANGELES --Lakers forward LeBron James is reportedly hosting "safe" workouts with one or two teammates at a time in anticipation of the restart of the 2019-2020 NBA season.

Stadium reported on Thursday that James was holding workouts in a "secure" location with select teammates.
Shams Charania reported "LeBron James has held private workouts with one-to-two teammates at a time in a closed-off, private location, on court. All the safety measures have been taken, I'm told, in these private workouts. Everyone involved has been tested, everyone involved has practiced social distancing. Everyone involved has taken the necessary steps to ensure that they're following all the guidelines.
"The Clippers, I'm told, have had some players do the same in terms of working out and getting together on the court. This is a way for both teams to gain chemistry and be able to be in shape and in tune with each other as a potential resumption of the season gets near."
Not all teams are cleared to work out in their own facilities due to varied regulations from state-to-state in dealing with COVID-19. Even for facilities that have been opened, only individual workouts are permitted.
NBA commissioner Adam Silver said earlier this month that he hoped to have a read on whether the league could play in the next "two to four weeks."
Reports on Wednesday indicate the league is progressing in a plan to use a "campus environment," which Silver has referenced previously as the safest route to a return, including links to Orlando and Disney World.
The NBA has been on hiatus since March 11 due to the coronavirus pandemic.