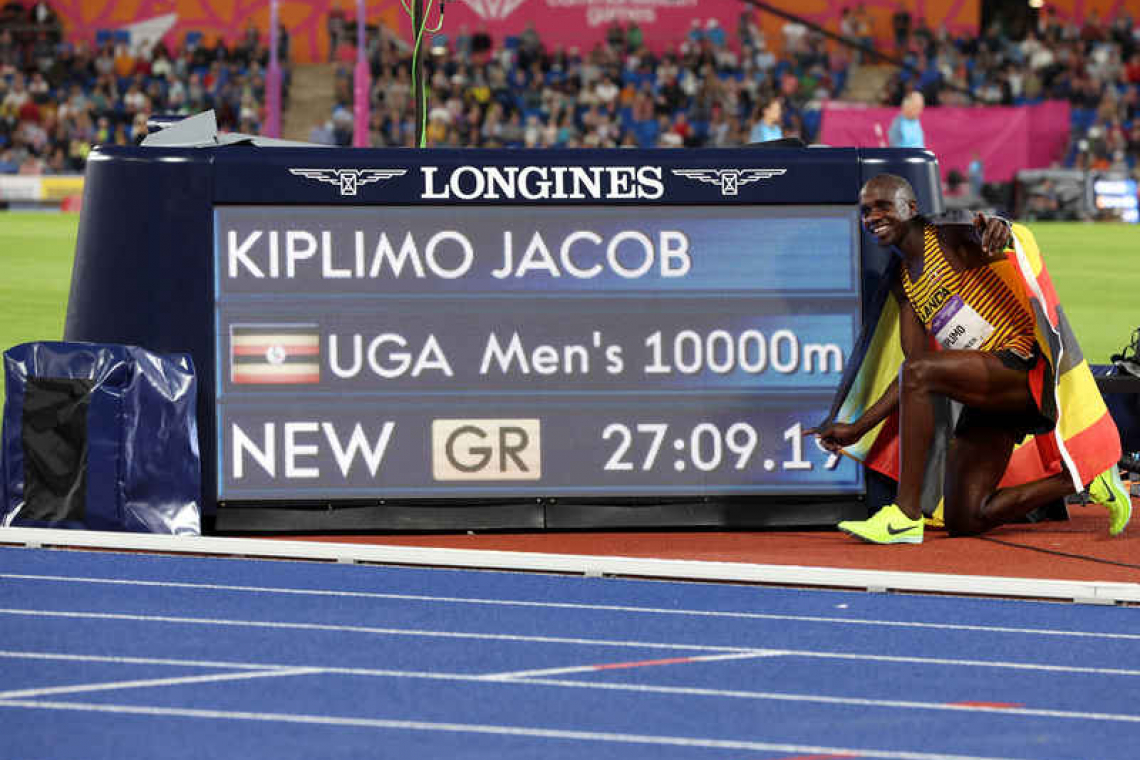 BIRMINGHAM, England-- Jacob Kiplimo used a devastating late kick to win the Commonwealth Games men's 10,000 metres gold on Tuesday, stepping up in the absence of world champion Joshua Cheptegei to maintain Uganda's domination of the event.

Opening night at Alexander Stadium was meant to be highlighted by Cheptegei defending his Commonwealth crown but the Ugandan world record holder opted out to better prepare for the remaining Diamond League races.
That left Kiplimo, the Olympic and world bronze medallist, alone to face the three man Kenyan threat of Kibiwott Kandie, Daniel Ebenyo and Edward Zakayo Pingua.
The Kenyans controlled the pace through much of the race until Kiplimo and Ebenyo broke free of the pack to reduce the battle for gold to a two-man fight with two laps to run.
Shoulder-to-shoulder entering the final bend, Kiplimo found another gear rocketing away down the last 100 metres, hands raised with enough energy to dance in delight as he crossed the line in a Games record time of 27 minutes, 9.19 seconds.
"I think for me winning this Commonwealth Games title was everything, the most important thing for me this season," said Kiplimo. "But I still have a lot of things to do in the future at the Olympics and world championships."
Kenyans occupied the other two spots on the podium with Ebenyo securing silver and Kandie bronze.
With Kiplimo's superb victory Uganda have now won the men's 10,000m at every Commonwealth Games since 2006.
It was also a big night for Nigeria, with gold and bronze in the women's discus.
Chioma Onyekwere took the top step on the podium with a throw of 61.70m ahead of England's Jade Lally and team mate Obiageri Amaechi.
After taking world championship pole vault bronze in Eugene, Australia's Nina Kennedy upgraded to gold in Birmingham with a winning height of 4.60m.
"I was mentally quite flat after the world championships. I am so proud of myself because it was so hard to come here," said Kennedy.
Molly Caudery grabbed silver for England and New Zealand's Imogen Ayris took the bronze.
England's hopes for a podium in the pole vault appeared to dim just prior to the start of the competition when Holly Bradshaw, the Tokyo Olympic bronze medallist, withdrew saying she had not recovered from a hamstring tear that kept her out of the world championships.