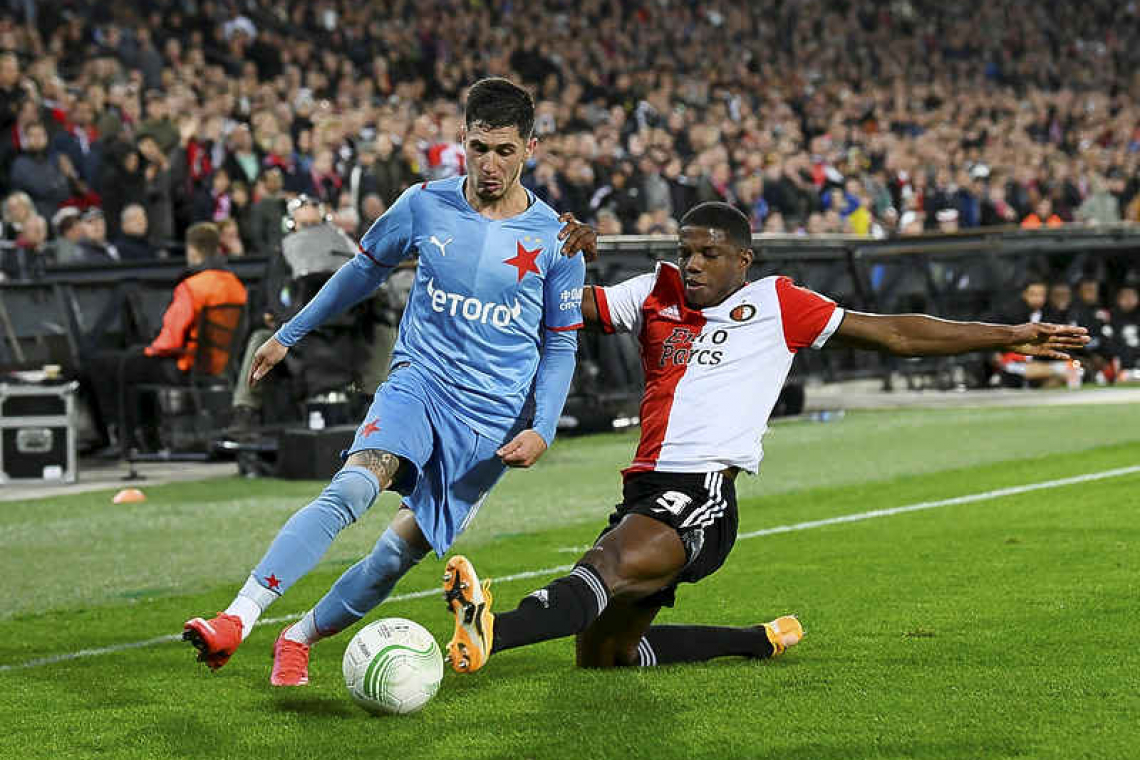 In a packed stadium, Feyenoord made a good start to the game with Guus Til denied by the Slavia Prague goalkeeper before Bryan Linssen missed the target.
In the 13th minute, Feyenoord had the lead with Orkun Kökçü finding the bottom corner from the edge of the box.
In the 24th minute, Feyenoord doubled their advantage as Linssen rose to head in Tyrell Malacia’s cross to the back post.
The hosts could have been even further ahead at the break but chances were missed with Luis Sinisterra passing up the biggest opportunity.
Tomás Holes, who also scored for the Czech Republic against the Netherlands at Euro 2020, pulled one back through a header in the 68th minute. Slavia Prague sensed the chance to equalise but Feyenoord held on with Malacia making a crucial goal line clearance.
Feyenoord moved onto four points in the group and are in pole position ahead of their clashes with Union Berlin.
AZ Alkmaar have recorded their first victory in the Europa Conference League group stage after seeing off Jablonec 1-0 in the AFAS Stadium.
AZ showed signs of confidence at the weekend with a 5-0 victory over Go Ahead Eagles Deventer but they were second best in the first half. The Czech visitors had the better chances with striker Tomas Cvancara putting a good opportunity wide.
Ten minutes into the second half, Albert Gudmundsson finished off a fluent attack which included Owen Wijndal and Jesper Karlsson to give AZ the lead.
AZ had a scare when Pantelis Hatzidiakos hit the ball wrong and it came back down off the crossbar before Martin Nespor failed to net the rebound.
AZ should have added a second goal, but Zakaria Aboukhlal wasted a good opportunity before Gudmundsson hit the outside of the post.
AZ has now four points and go top of the group after Cluj drew with Randers.
Vitesse Arnhem could not make it two wins from two games in their Europa Conference League group after 10-man Stade Rennes came from behind to record a 2-1 victory.
Vitesse won their opening game against Mura, but Stade Rennes was a far more formidable opponent.
Lois Openda went close to giving Vitesse the lead early on, while at the other end Serhou Guirassy fired just wide for Rennes.
After half an hour, Vitesse took the lead with Maximilian Wittek finding the net with an excellent strike. Vitesse remained ahead until the 54th minute when Markus Schubert brought down Loum Tchaouna and Guirassy made it 1-1 from the penalty spot. Former Ajax target Kamaldeen Sulemana then made it 2-1 for Rennes with a low strike in the 70th minute.
Rennes were reduced to 10 men when Loïc Badé saw his second yellow card, but Vitesse was unable to find the equaliser with Openda missing a great chance.
Vitesse remains on three points and must now pick themselves up for their clash with Tottenham Hotspur.