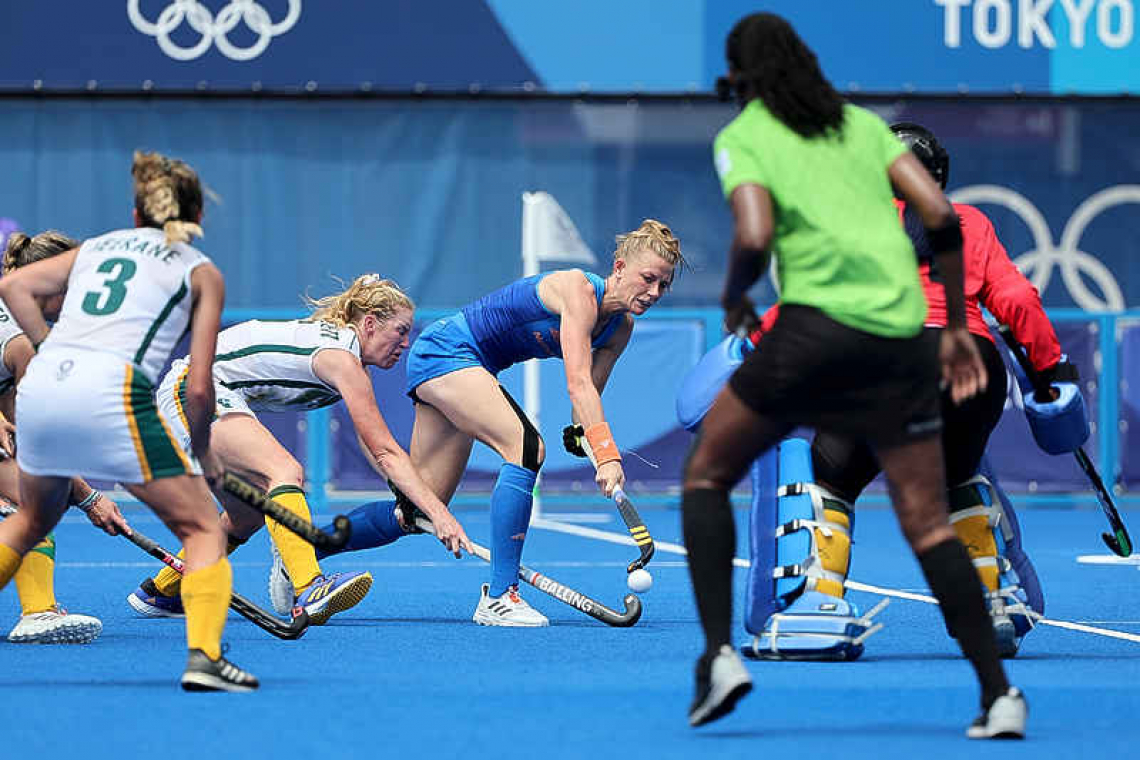 TOKYO- - The Netherlands women's team secured an easy victory over South Africa in hot, blustery conditions at the Tokyo Olympics on Wednesday, while Britain defeated India and Spain won even as their head coach Adrian Lock remained in COVID-19 quarantine.

In the men's tournament, Spain secured their first win of Tokyo 2020 against Japan, putting four goals past the host nation, while Australia prevailed over New Zealand.
The Dutch women's team led by a goal at half-time, striker Frederique Matla having scored after picking up a pass by Lidewij Welten from the left side of the striking circle.
The Dutch side motored through the second half, netting a further four goals in a comfortable 5-0 win. The in-form Dutch women remain undefeated in Tokyo, scoring a total of 14 goals and conceding only one in their three matches so far.
"There are always areas every game where we can improve," said Eva de Goede, playing her fourth Olympics in Tokyo.
"We scored a lot of goals but if you consider the number of opportunities we created, it's actually not that many ... Penalty corners can also be handled better."
With temperatures rising as the game progressed, officials had extended the break time between the third and fourth quarters to four minutes from the usual two to give both sides ample opportunity to cool down.
Spain secured their first triumph of the Tokyo Olympics following a tense match with New Zealand, beating the Black Sticks 2-1.
The Spanish team, whose head coach Adrian Lock was following the game remotely https://www.reuters.com/lifestyle/sports/hockey-spains-womens-coach-lock-confined-hotel-after-positive-covid-test-2021-07-28 after going into quarantine for COVID-19, led 2-0 at halftime, and managed to retain their lead in the second half as their opponents stepped up the pressure.
Spanish captain Maria Lopez Garcia said the team's first win at these Olympics was important, and the side celebrated by taking a team picture on the pitch after the match.
"Now we have more confidence than before," Lopez Garcia said. "It's a step (up) for the rest of the games."
Elsewhere, Argentina beat China 3-2, Australia shook off Japan with a 1-0 victory, Germany won 4-2 against Ireland and 2016 Rio gold medallists Britain defeated India 4-1.
Following an early goal by playmaker Hannah Martin, the Indian squad pulled level with their opponents before falling behind in the 19th minute when Martin bagged her second.
The British team ran out comfortable winners in the end, scoring twice more in the second half.
"Momentum's key," Martin said. "As a squad, we are hoping to take this momentum forward into the Dutch game tomorrow."
In the men's tournament, Spain triumphed 4-1 over Japan, while a match between Australia and New Zealand ended in a 4-2 victory for the Kookaburras.