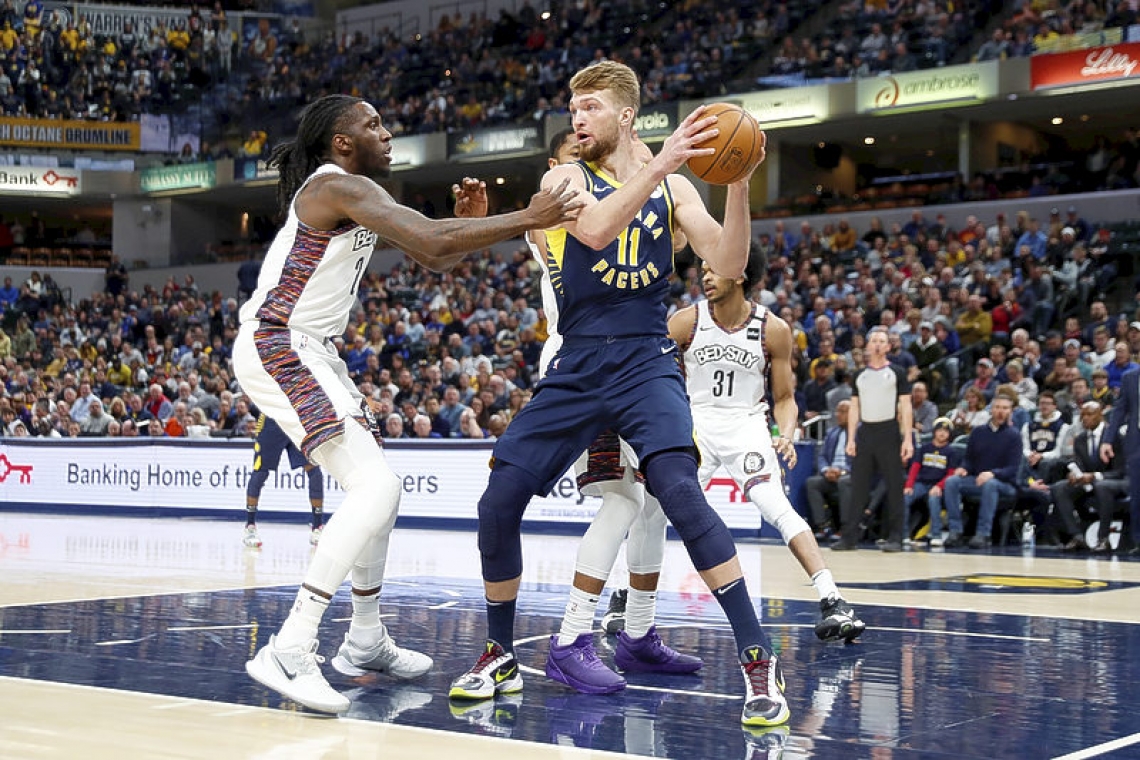 INDIANA --Spencer Dinwiddie scored 21 points and hit the go-ahead jumper with 5.2 seconds remaining as the visiting Brooklyn Nets rallied in the final minutes and pulled out a 106-105 victory over the Indiana Pacers on Monday night.
The Nets rallied from a four-point deficit in the final 84 seconds and claimed their sixth win in the last nine games thanks to Dinwiddie.

Indiana held a 105-104 lead when Domantas Sabonis glided around DeAndre Jordan for a layup with 10.1 seconds remaining. The Nets called timeout to advance the ball and Caris LeVert inbounded the ball to Dinwiddie.
Dinwiddie took a few dribbles, then moved to the left wing and released a 21-foot step-back fadeaway over Malcolm Brogdon just inside the 3-point line.
The Pacers had one more chance at the win after calling a timeout, but the game ended when Brogdon missed a 3-point try from the top of the key at the buzzer.
Before Brooklyn's victory, the Pacers missed numerous chances to secure the game.
Indiana took three six-point leads during the fourth quarter but never put the game away. After taking a 103-99 lead on T.J. Warren's finger roll with 84 seconds left, a layup and a 3-pointer by Joe Harris put Brooklyn up 104-103 with 27.2 seconds left.
Dinwiddie scored 11 of his points in the fourth quarter and shot 4 of 15 overall as the Nets beat Indiana for only the second time in 13 meetings despite shooting 40.2 percent. Harris added 15 points and eight rebounds, Taurean Prince contributed 14 and Jarrett Allen scored 13.
Sabonis recorded his fourth career triple-double with 23 points, 11 assists and 10 rebounds but it was not enough as the Pacers dropped their season-high sixth straight game. Warren added 19 points while Myles Turner contributed 15 as the Pacers shot 48.9 percent from the field.
Brooklyn held a 69-61 lead on a 3-pointer by Harris with 6:16 remaining in the third but missed 10 of its final 11 shots of the quarter, allowing Indiana to rally. The Pacers outscored the Nets 19-8 the rest of the quarter and ended the third with an 11-1 run over the final 2:03 and took an 80-77 lead into the fourth.