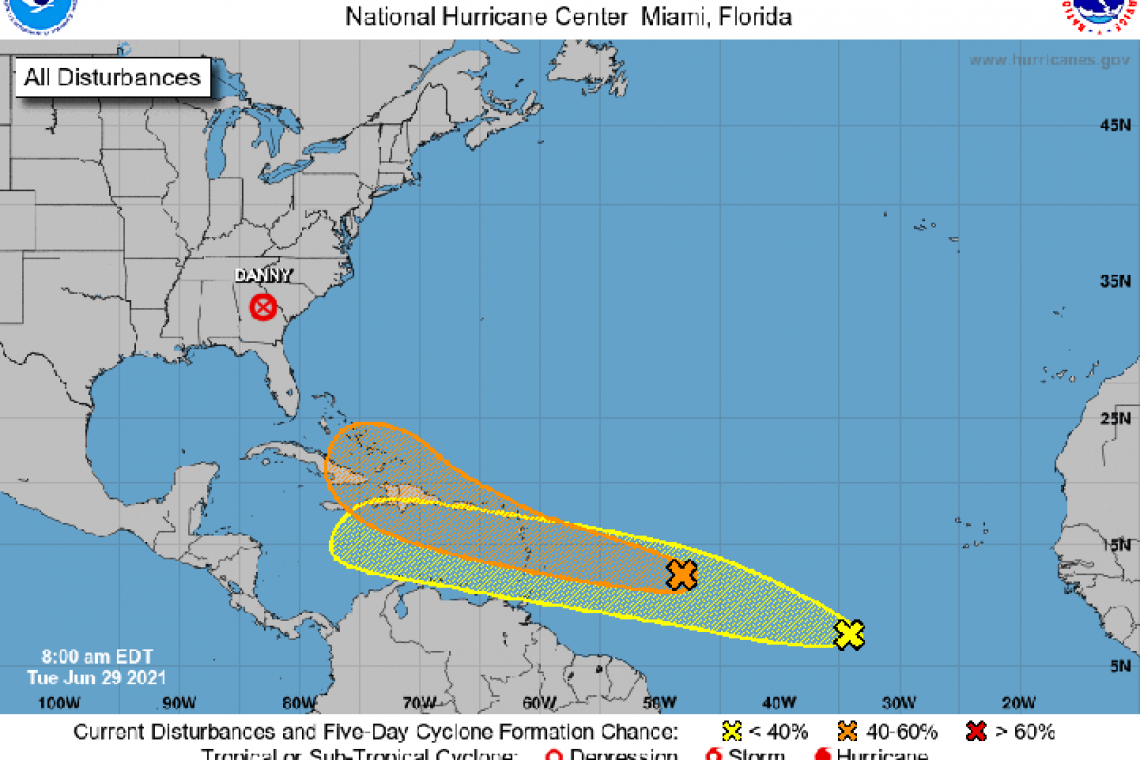 The National Hurricane Center has issued the last advisory on the remnants of Tropical Depression Danny, located inland over eastern Georgia.

1. Disorganized showers and thunderstorms continue in association with a tropical wave located over the tropical Atlantic, about 850 miles east of the Lesser Antilles. Some slow development of this disturbance is possible later this week and this weekend while the system moves westward to west-northwestward at 15 to 20 mph, likely reaching the Lesser Antilles by Wednesday night. 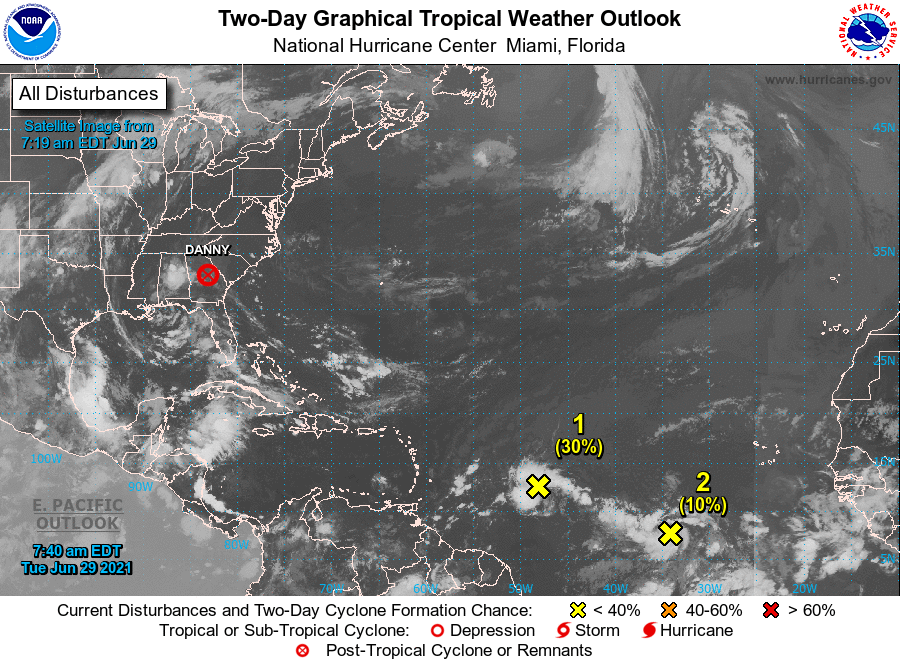 2. Shower activity associated with a tropical wave located about 800 miles southwest of the Cabo Verde islands has become a little better organized since yesterday. Additional slow development of this system is possible during the next several days as it moves generally west-northwestward at about 20 mph.