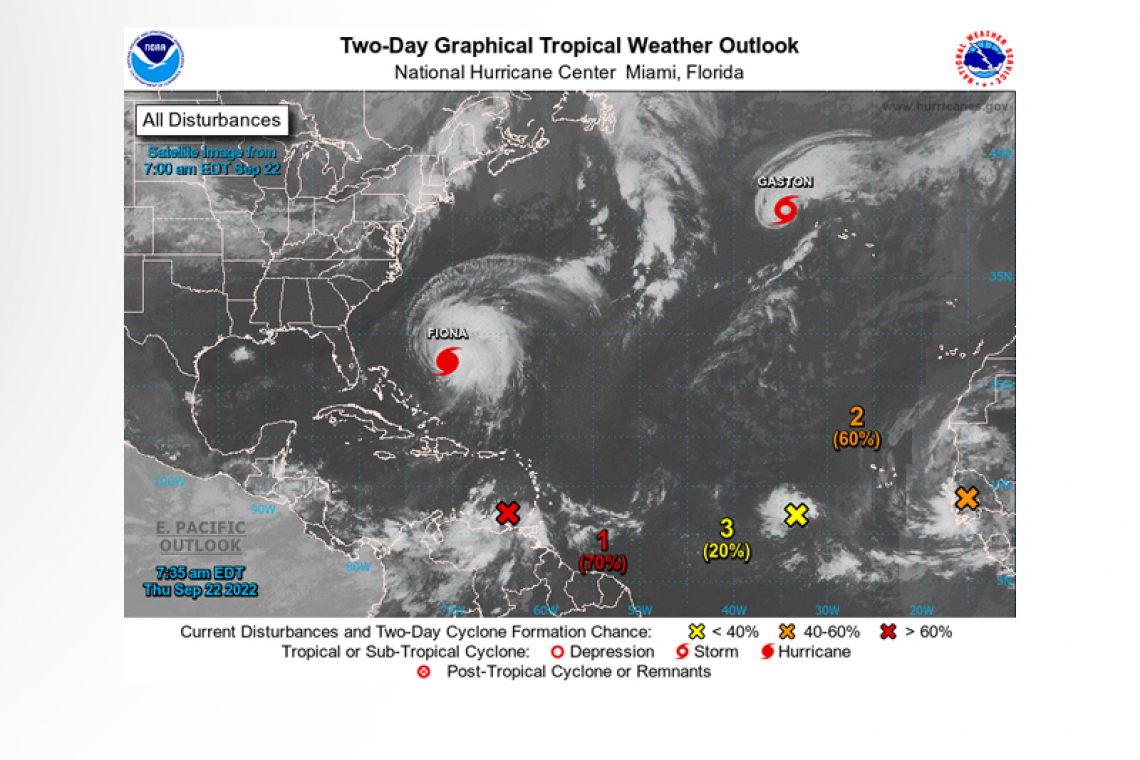 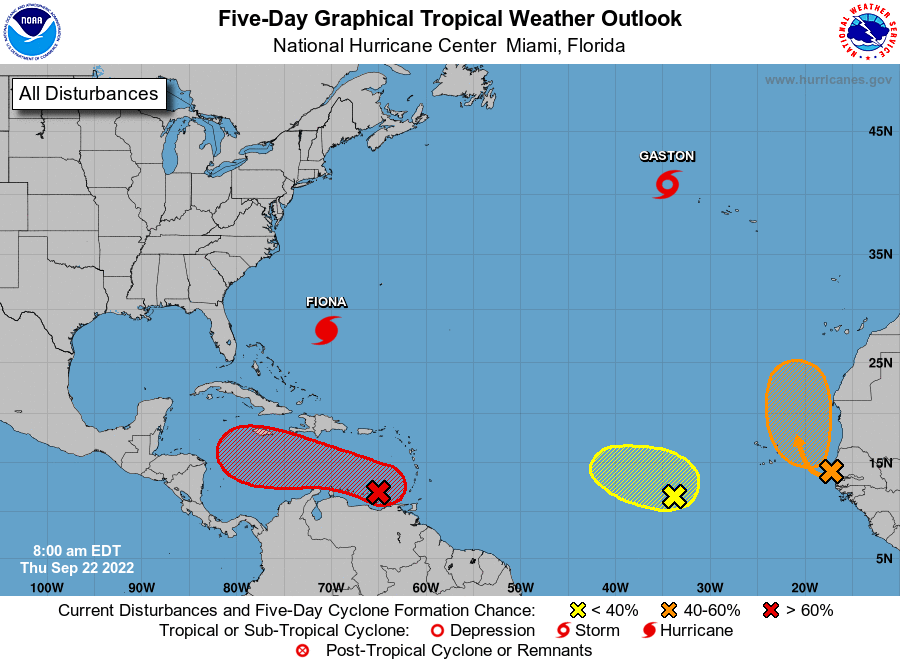 Showers and thunderstorms continue in association with a tropical wave located over the southeastern Caribbean Sea. Although

upper-level winds are currently inhibiting development, the environment is forecast to gradually become more favorable in a couple of days, and a tropical depression is likely to form at that time. The disturbance is forecast to move west-northwestward across the eastern Caribbean Sea during the next day or two, and be over the central Caribbean Sea this weekend. Regardless of development, locally heavy rainfall and gusty winds are likely to affect the Windward Islands, northern Venezuela, and the ABC island chain today. These impacts are likely to spread to northeastern Colombia later this evening.

Showers and thunderstorms located near the west coast of Africa are associated with a tropical wave that has emerged over the warm waters of the far eastern Atlantic. Environmental conditions are forecast to be conducive for some development, and a tropical depression could form by this weekend while the system moves slowly northward, between west Africa and the Cabo Verde Islands.

disorganized showers and thunderstorms. Despite marginal environmental conditions, some slow development of this system is

possible over the next several days while it moves slowly northwestward or northward over the tropical Atlantic.