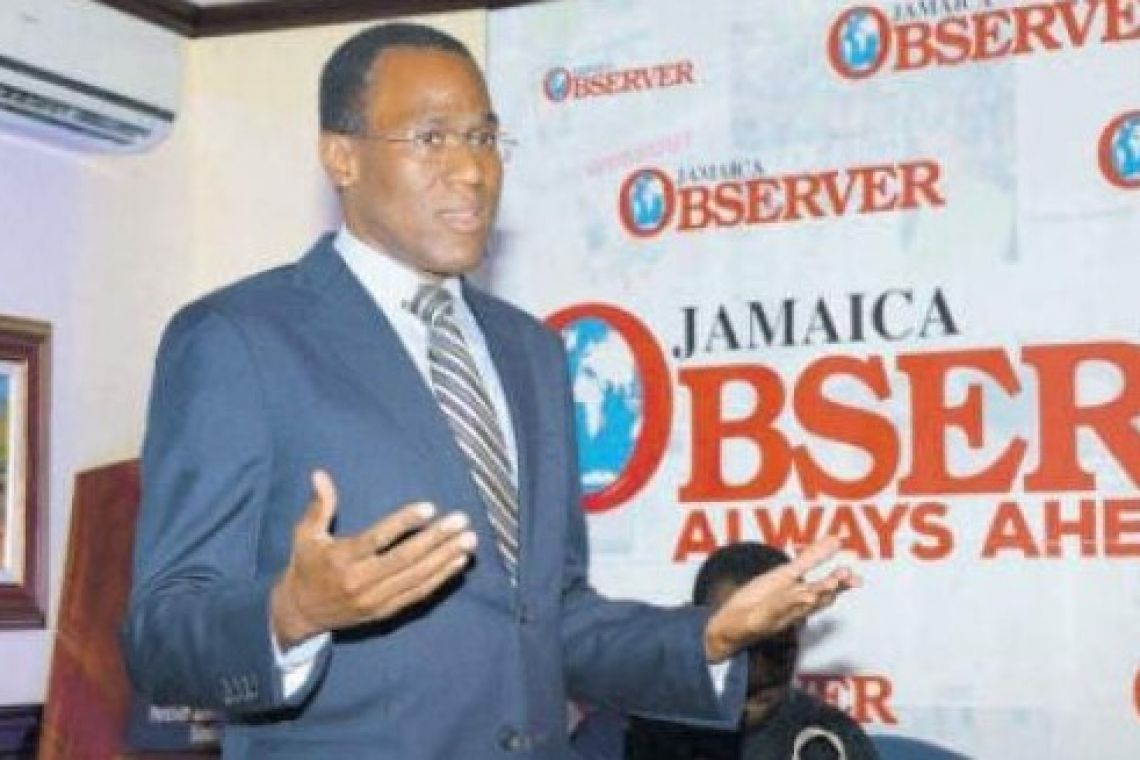 KINGSTON, Jamaica--Finance and the Public Service Minister Dr Nigel Clarke on Thursday said that the modest expansion of the Jamaican economy in the third quarter of 2019, despite external shocks, is a demonstration of the economy's improving resilience.

Modest economic expansion therefore continues, despite the closure of the JISCO/Alpart plant in the September 2019 quarter, and the corresponding 17.6 per cent decline in output in the important bauxite/alumina sector as a result,” Dr. Clarke said in a news release.

“However, the fact that the economy still expanded overall, despite a decline of nearly 18 per cent in the critical alumina sector, as a result of the JISCO/Alpart closure, is a credit to the improving economic resilience of the Jamaican economy.”

Pointing out that the international context is important, Clarke said trade tensions between the United States and China, as well as lower global growth have led to declines in the prices of many commodities, including alumina, iron ore, soybeans and copper.

“As a result, growth in Latin America and the Caribbean for 2019 is forecast by the IMF to average only 0.2 per cent. Though Jamaica is affected by the same external shocks, our 2019 growth is ahead of the Latin American and Caribbean average. It may not be much comfort, but this context is nevertheless important,” Clarke said.

He said that the growth recorded in the economy in the third quarter of 2019 now makes it 19 consecutive quarters of economic growth, the longest unbroken stretch since Jamaica started measuring growth quarterly in 1997.

The previous longest, unbroken period of consecutive quarterly economic growth, he said, was only nine quarters.

In looking forward to the 2020/21 financial year, Clarke said that there is full expectation that economic growth will return to the previous trajectory prior to the JISCO/Alpart closure.

“The projection is for economic growth for the 2020/21 financial year to return to levels above one per cent. The Government will continue to use all levers at our disposal to elevate levels of growth beyond this across the medium term,” the minister said. ~Jamaica Observer ~