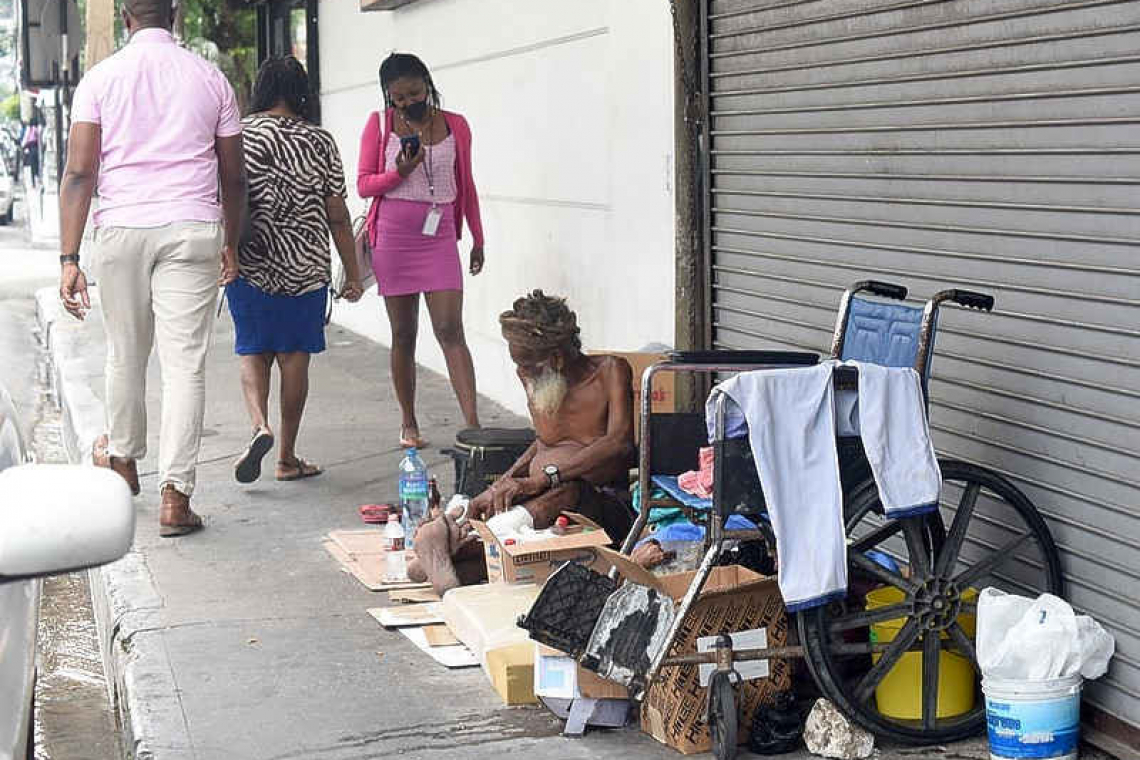 PORT-OF-SPAIN, Trinidad--The devastating economic impact of the COVID-19 pandemic may now be tipping many people towards homelessness.

The observation comes from manager at the Centre for Socially Displaced Persons at Riverside Plaza in Port-of-Spain, Roger Watson, who claims they are now seeing the economic fallout from the virus daily.

“We have a lot of people losing jobs, unable to pay rent, so the homeless situation is stepping up now because of situations like that, but these people are not going on the streets, they are naturally looking for places like centres and shelters,” Watson told Guardian Media during an interview on Tuesday.

Watson said while he did not have statistics to show the increase in numbers at his organisation, he could confirm that in recent months more men and women had been approaching the centre looking for help because they had lost their jobs.

His comments come on the heels of plans announced by government on Monday to rejuvenate Port-of-Spain. Included in the plan will be the removal of homeless people from the streets, as Prime Minister Dr. Keith Rowley indicated this will hamper the city’s development. Once a prime shopping centre, Rowley lamented that Queen Street (Queen Janelle Commissiong Street) had become “the toilet of the capital.”

However, commenting on the prime minister’s comment on Tuesday, Marlene Rawlins, a street vendor in the city, told Guardian Media Queen Janelle Commissiong Street was not the only problem.

“They really have to do something because whenever you walking through the town, they leaving filth all over the place and that is not right for pedestrians and even visitors,” Rawlins said.

Claudius Lezama and his differently-abled partner have been roaming the streets of the capital city for over a decade, resting their heads at nights on the pavement along Queen Janelle Commissiong Street, cradling cardboard boxes and living off of whatever they find lying around.

In a brief interview with Guardian Media on Tuesday, Lezama said he lost his home in a fire and had no family members to go to for assistance or support. He admitted he does not like being on the street, but said he has no choice.

“We does get horrors out here every day by people – even the police, but we does be ignoring it because what we go do,” he said.

“It does have plenty wickedness on the street, people thieving your things.”

Asked why they did not stay at Centre for Socially Displaced Persons at Riverside Plaza Carpark, Lezama said, “There ain’t good because she can’t go up the stairs and there have no wheelchairs and thing.”

Daniel McDougal, a passer-by, told us he had been seeing the couple there for a long time and his heart goes out to them. He said he hopes the government steps up and finally helps the homeless.

At Monday’s launch of the revitalisation project, Port-of-Spain Mayor Joel Martinez confirmed that there are 400 street dwellers within the city. According to Watson, there are also approximately 133 homeless people at the centre. This month alone, he noted that about 12 people had been admitted.

Contacted on the issue on Tuesday, Minister of Social Development and Family Services Donna Cox told Guardian Media she was unaware of any increase in homeless people during the period of the pandemic. However, she assured she would be looking into the matter. ~ Trinidad Guardian ~