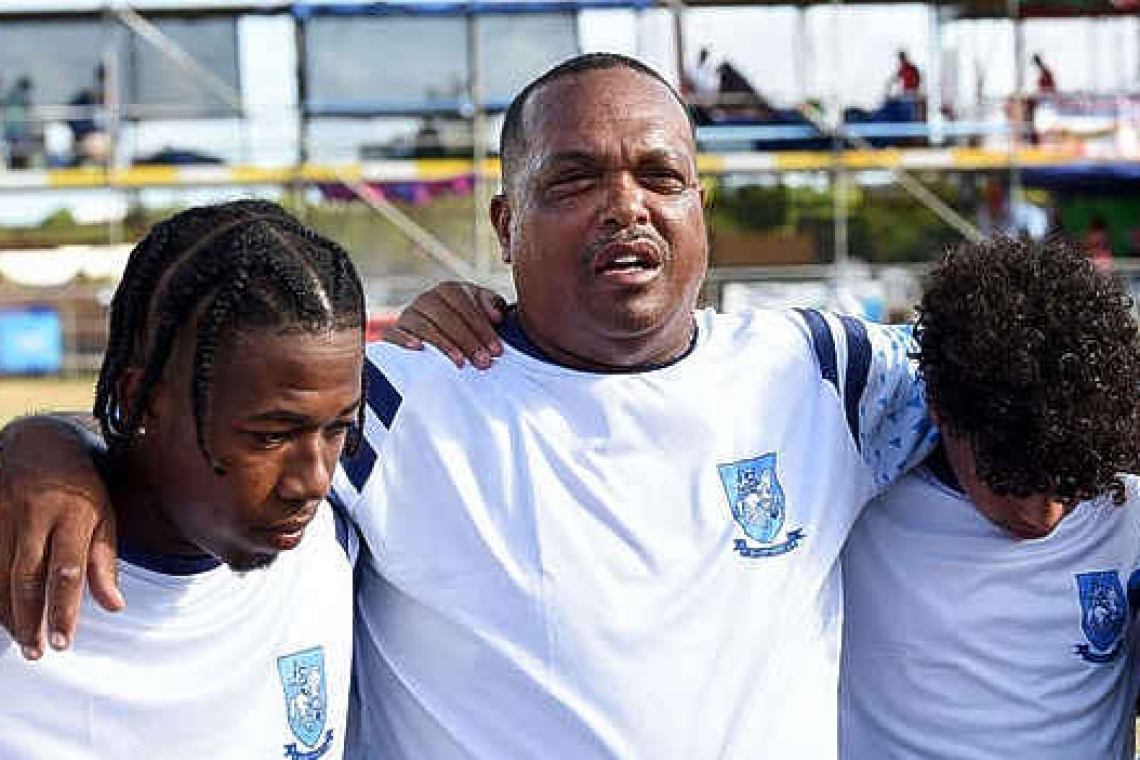 St. George’s Coach Clay Smith has taken the heavy Cup Match defeat on the chin but says more can be done to assist umpires.

HAMILTON, Bermuda--Clay Smith has suggested that the Cup Match clubs seriously consider instituting a decision review system (DRS) to ensure correct decisions are made on the field. The St. George’s coach was dismayed by what he believed were more than a few dubious decisions, some of which went against his team and served to help derail their chances of being more competitive in a ten-wicket defeat by Somerset.

“Looking at what’s happened over the last two days, where there’s been some very questionable umpiring decisions that have gone for us and against us, but mostly against us, replay is something that we really need to look into as a country because if you are investing hundreds of thousands of dollars for this big occasion, you have to get it right and that means ensuring that the on-field decisions are correct,” Smith said.
“The umpires made some decisions that went against us, in particular Dion Stovell, who was on six when he got hit by the ball. We have watched the replay over and over and could not see how the ball was missing [the stumps – Ed.].”
Smith said that he was not holding the officiating responsible for the defeat, having earlier noted that his team were simply not good enough to beat Somerset, but added that improvement to the officiating aspect would be a positive for the game.
“If we had the third [television umpire], he could assist these umpires and make sure they get it right,” Smith said. “I am not just heaping criticism on the umpires or blaming them for the result. I know they are human and understand that they will make mistakes once in a while; that is part of the game. But it is too much money invested in this game for them to get it wrong, so if we can help them by investing in the technology required to institute a replay system, then that is what the two clubs need to do.”
One form of DRS adopted in first-class cricket involves the use Hawk-Eye technology for ball-tracking, which usually involves the use of six dedicated cameras, with stored data relating to the field of play and its dimensions. It is also a very expensive venture, the full suite of technology, including Ultra Edge, Hot Spot and ball-tracking, could cost upwards of $60,000 per day.
DRS or no DRS, Smith and his backroom staff have some work to do after a third heavy defeat in the past four matches. Smith noted how the match was inextricably turned in favour of the champions during an ill-fated hour on the first day, when the St. George’s middle order collapsed from a position of relative comfort to one of survival.
“I think the very first day we had a bad hour that changed the whole context of the game,” said Smith, who never shrank from a challenge during his time as a prolific batter in the Annual Classic. “We were 72 for two and we went to 75 for six. That spell really changed the context of the match and really swung things back in Somerset’s favour, where we were always trying to recover. On the flip side of it, you have to give Somerset credit. These guys are a well-oiled machine; they have played together for the last several years, they know each other’s games, are technically and tactically sound in their approach, and we have to get there with our own game collectively. We just have to improve. There are some specific areas that we have to improve upon, and we will continue to work hard until we get it right.”
Having made six changes in consecutive years to little positive effect, Smith was asked if greater thought might be given to having more continuity in the side.
“It depends on how you look at it,” he said. “We had two youngsters introduced this year who gave good accounts of themselves. Last year we had another two youngsters that we bred and hopefully we will get to a point where they all come together, have enough experience under their belt and are able to create a solid nucleus that will perform to a standard that enables us to win. This exposure is very important to the future of St. George’s Cricket Club and our plans. If you look at the team we have today, I would like to think that we would have six or seven consistent starters as a foundation that we can build around.
“We have to create a stable nucleus of players, but the problem has been that our players have been inconsistent over the past few years, which is why we have had to tinker so much. Nobody’s been scoring runs on a consistent basis, no one has been performing well week in and week out, as well. You get a lot of players that perform well in the league, but when it comes to Cup Match, they struggle for form or the stage gets to them, so it is not easy.” ~ The Royal Gazette ~