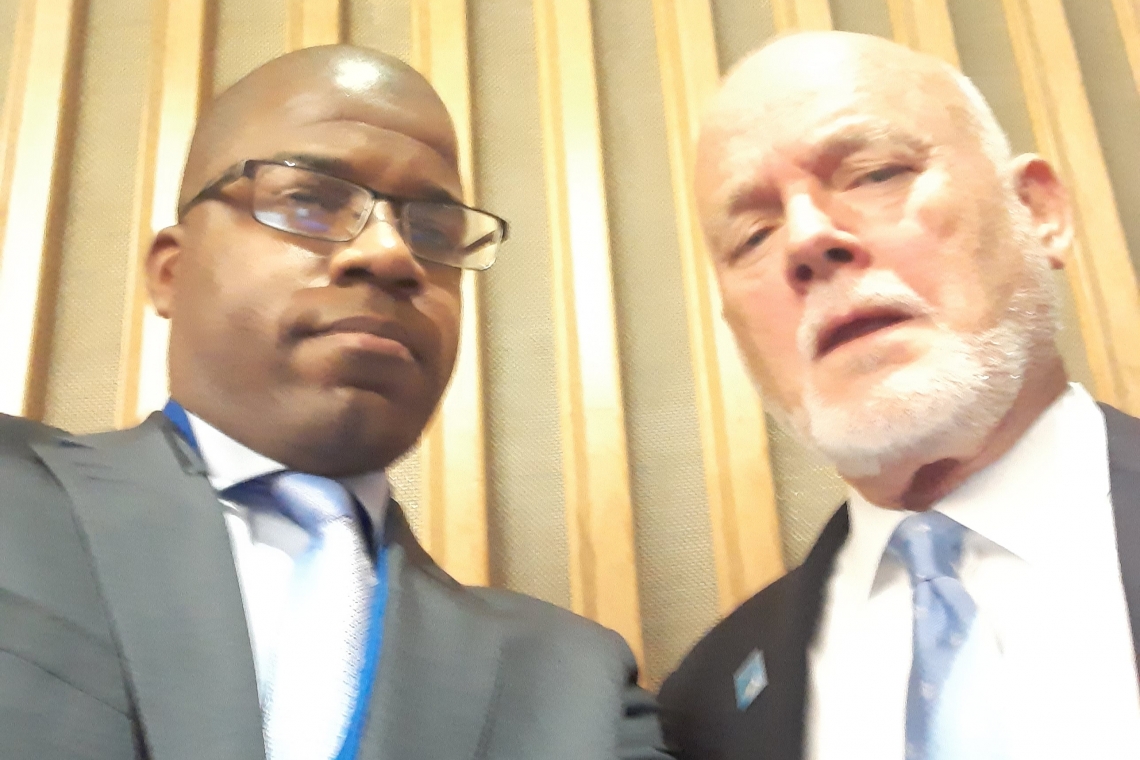 ROAD TOWN, British Virgin Islands--Premier Andrew A. Fahie’s Special Envoy for International Affairs, Benito Wheatley has told the United Nations (UN) that the role of local authorities such as the British Virgin Islands (BVI), which have jurisdiction over their territorial waters and the commensurate responsibility for the sustainable use of their marine space and resources, should be reflected in the Ocean Declaration to be adopted at the second UN Oceans Conference in Lisbon, Portugal, from June 2 to 6,  that will seek to accelerate implementation of UN Sustainable Development Goal (SDG) 14: “Life Below the Sea”.

The Special Envoy made the statement at the Oceans Conference Preparatory Meeting at the UN Headquarters in New York that took place February 4-5.

In his statement to delegates, Wheatley emphasised the function of local authorities in mobilising stakeholders in conservation efforts and raising the awareness of local communities about issues such as marine pollution so they can play a meaningful role in addressing the problem.

In addition, he highlighted the BVI government’s recently prepared Blue Economy Roadmap, developed with the support of the United Nations Development Programme (UNDP) Barbados and Organisation of Eastern Caribbean States (OECS) Office, that will help guide the BVI’s sustainable use of the ocean, sea and marine resources which is the stated goal of SDG 14 that is central to the UN 2030 Sustainable Development Agenda.

Commenting on the importance of the BVI’s participation in the Oceans Conference Preparatory Meeting, the Premier’s Special Envoy said, “As a matter of collective responsibility for the sustainability of the world’s oceans, seas and marine resources, it was important for the BVI and other Small Island Developing States (SIDS), as well as every jurisdiction which has some maritime responsibility, to give input on the desired outcome of the upcoming Oceans Conference. The BVI’s voice was heard and the international community is aware that we are continuing the important work of ensuring the marine sustainability of the waters around us.”

He also said SDG 14 would remain in focus as the BVI government continued to advance its ambitious marine agenda with the support of partners such as the United Nations Development Programme (UNDP), OECS, the European Union (EU), the United Kingdom (UK), H. Lavity Stoutt Community College, the private sector and non-governmental organisations (NGOs).