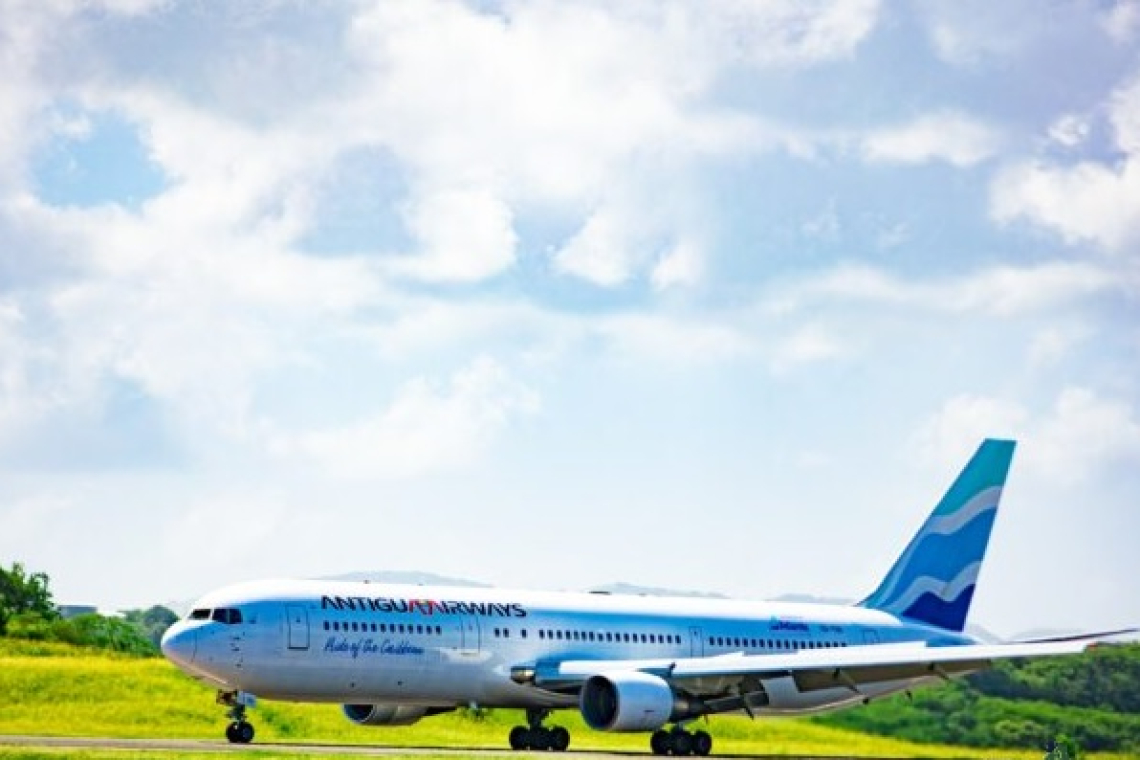 ST. JOHN’S, Antigua--Over the years the Caribbean region has experienced unsatisfactory air connectivity, with islanders complaining about high regional ticket costs and limited direct flights to international destinations. However, on November 1, 2022, Antigua Airways connected the region to West Africa with a nonstop flight between Nigeria and Antigua.

The inaugural flight was conducted through a charter service operated by EuroAtlantic Airways Boeing 767-300ER. The aircraft departed from Murtala Mohammed International Airport in Nigeria to VC Bird International Airport in Antigua. The flight recorded over 100 passengers who were greeted by Antiguan government officials including the Minister of Tourism and Investment Charles Fernandez.

A day before the inaugural flight, Prime Minister (PM) of Antigua and Barbuda Gaston Browne wrote on his Facebook account: “they said it could not be done. Once again, they were proven wrong. Antigua Airways lands tomorrow.” The statement was attached to the flight schedule of the new service. PM Browne was facing backlash and criticism during the planning stages, but with the success of the first flight his hopes are still high, and a few concerns quenched.

The early plans to create the new airline were met with scepticism and anxiety due to the innate competitiveness and volatility of the airline industry and other factors. The airline is owned jointly by the Antiguan government and a Nigerian printing firm, which explains why Nigeria was chosen as the inaugural destination for the airline. New airlines are free to enter the market, but they face a myriad of limitations that often grounds them.

Antigua Airways is creating a nonstop air connection between the Caribbean and Africa, a route that is not currently conducted by any of the major airlines or other Caribbean carriers. This means that the airline has full market share, and without competition, they have the space to cement itself in the industry and become what they describe as the “pride of the Caribbean”. Ownership plays a unique role in the carrier’s survival. The carrier is owned primarily by a Nigerian printing firm – approximately 80% – and the reminding 20% belongs to the Antiguan government. Having a private owner means that the carrier has more opportunities to receive financing without burdening the pockets of taxpayers. On the other hand, having government involvement means that during times of economic hardship, the company could receive bailout funds to prevent insolvency.

Many criticisms will arise whenever a government bailout is discussed or other forms of government financing – which is expected as bailouts are made possible through taxes. What should be considered is the benefits to tourism and inevitably the economy. If the carrier succeeds, Antigua succeeds. Recent data reveals that tourism accounts for 60% of Antigua’s gross domestic product (GDP). With Antigua Airways’ presence, tourism is heading for an increase as the airline is already considering more routes, flying using its livery, expanding and creating employment opportunities.

The airline is optimistic about the future as they steadily prepare documents for licenses required to commence these routes. The executives stated that along with Lagos, Toronto and Accra, Ghana is the other international destination being considered.

As with many new airlines, growth is slow and hindrances will appear, but going forward with a business plan that aims to connect the Caribbean to Africa and North America, Antigua Airways is filled with potential. ~ Antigua News Room ~