Ukraine seeks to trace thousands of 'orphans' scattered by war 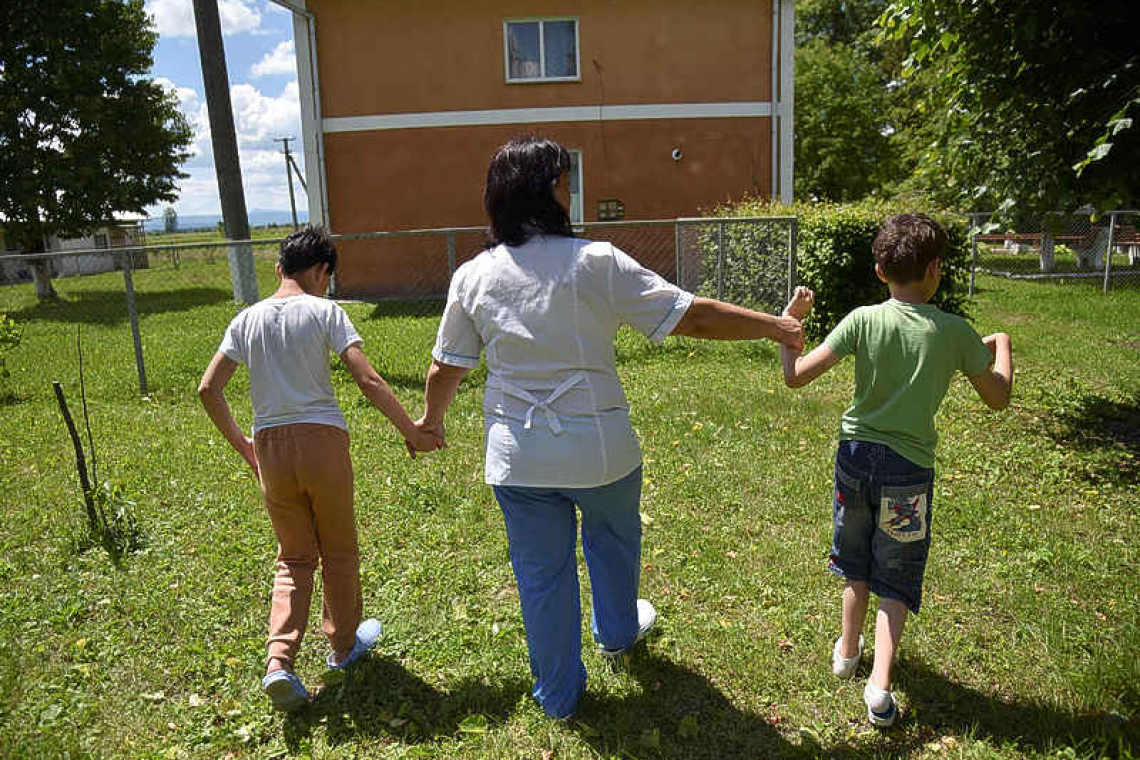 KYIV--Ukraine says it dismissed nearly 100,000 children from institutional care. With help from U.N. child agency UNICEF, it is still trying to reach some 26,000 of them.

At the Odesa Orphanage-Boarding School four months after Russia invaded Ukraine, an air raid alarm sent nurses in white coats hurrying residents into a basement beneath the kitchen. Among them was Tanya, a slight 12-year-old who favours a pink sun hat.
On June 15, Tanya, who is autistic and does not speak, was moved from the institution, her home of four years, following an order from the local government in March to evacuate. Tanya, like most children in Ukraine's vast orphanage system, has parents but they were unable to care for her properly so the state took over, the orphanage director said.
Tanya and the orphanage's remaining four disabled children travelled some 800 km (500 miles) by rail to a different state institution far from the fighting, along with others from local homes. The 11-hour train journey succeeded in bringing Tanya to safety, but for 40 days she and 16 other children whom Reuters followed from Odesa institutions did not appear in Ukraine's national database. Not until July 25 did national authorities say their location was registered.
It was one example of the difficulties Ukraine has faced tracing children scattered by war. Tanya and the others she travelled with are now fully accounted for, but UNICEF says it has yet to track some 26,000 other children who - rather than being moved within the orphanage system - were returned to families or legal guardians after Russia invaded.
Reuters spoke to more than a dozen children's rights specialists, child protection organizations and government officials in Ukraine and beyond to recount the country's effort to trace the children dismissed from orphanages. Tanya's family could not be reached for comment.
Any attempt to track people fleeing an invasion is fraught. But child protection workers and international organizations including the United Nations told Reuters they were concerned about the lack of information or record-keeping by Ukrainian ministries on where the children are. U.N. officials warned that some might be exposed to violence or human trafficking, though they haven't presented specific evidence and Reuters hasn't independently established that.
Ukraine's National Social Service (NSS), tasked with overseeing children's rights, said it had done "everything possible to preserve the lives and health of children and prevent them from being left in the epicentre of hostilities." It said that support for families is provided by specialized social services, and that it was working to resolve problems.

Dismissed
When Russia invaded on Feb. 24, there were more than 105,000 children in Ukraine's network of more than 700 institutions – known as orphanages or 'internats' – either full-time or part-time. That's just over 1% of the child population – the highest rate of institutionalization in Europe, according to data from the European Union and UNICEF.
Around half the children in Ukraine's orphanages were disabled, according to UNICEF. But Ukraine's state record-keeping system, known as UIAS "Children," was not capable of tracking or tracing children sent home from institutions, according to the Government Reform Support project in Ukraine (SURGe), a Canadian government-funded agency contracted by the NSS to help support it.
Instead, the database held general information about children such as whether they had siblings or disabilities, or were eligible for adoption. The team at SURGe began to collect data on the status of children from orphanages manually, using Google forms and Google sheets. It also started to build a data-collection module to add to the database, which began operations in May.
The task was complicated by the fact that the internats come under three different ministries, with responsibility spread across 24 regions, a SURGe spokesperson said. By late June, SURGe said it had received data from 750 out of 751 orphanages in Ukraine on numbers of children sent home, evacuated and remaining.
By July 29, more than 96,000 children had been dismissed – sent back to parents or guardians – SURGe's data, which have not been previously reported, showed. A further 1,900 children – with parents, like Tanya – had been evacuated to other orphanages within Ukraine.
Of 48,000 children who were full-time residents, some 38,800 were returned to parents or guardians, according to NSS and UNICEF statistics. The government and UNICEF are now working to visit those children.
UNICEF and its local partners say that means locating and visiting each child, including in places where there is fighting. "Unless you visit every location," said Aaron Greenberg, UNICEF's Senior Regional Advisor for Europe and Central Asia, Child Protection, "it's hard to determine whether there are children missing."
By the end of July, UNICEF and its partners had prioritized 13,047 of the children returned to families from 24-hour care as the most vulnerable and in need of support. They said they would continue to monitor those children and were working to reach others.
On Aug. 11, the UN Human Rights Commission expressed alarm about the wellbeing of children with disabilities from Ukraine's internats. Besides "known problems" within the system, the Commission's experts said, "there is now a lack of information regarding the children's whereabouts."
The known problems it mentioned included neglect, abuse and physical restrictions. Daria Herasymchuk, who works in President Volodomyr Zelenskiy's office as Ukraine's Commissioner for Children's Rights, told Reuters the government had asked ministries with children under their care to monitor their wellbeing and their parents' capacity to provide them with care at home. But asked about children from institutions who were not tracked, she said coordination needed to be improved.
Specifically, she said there were issues with children evacuated by foster families or guardians and those who left Ukraine in the first 10 days of fighting. But she added that not all the children need intense oversight.
Herasymchuk's office also said it has no information on the condition of 4,777 children sent home from orphanages under Russian occupation in Luhansk, Donetsk and Kherson since the war began. A government website launched in August said Ukraine has collected reports that more than 7,000 children had been taken to Russia. Reuters could not confirm that.

Social Orphans
Tanya, like nine in 10 of the children in Ukraine's orphanage system, is a "social orphan" – children whose parents are unable to care for them or denied parental rights under Ukrainian law.
The laws specify that children may be taken from parents who have chronic addictions or criminal records, for example, or who do not educate their children. Some parents leave children in institutions while working abroad, child protection workers told Reuters. Asked to comment on the numbers involved, Herasymchuk, the Children's Rights Commissioner, did not respond.
Tanya's parents could not stop working to care for her, orphanage staff said. They signed away their parental rights, the director said. As Tanya's legal guardian, he declined to make them available for interview and it was not possible for reporters to locate them independently. He also declined to share any documents related to Tanya.
This was not the first time Ukraine dismissed institutionalized children en masse. Despite that, child protection workers say the country was poorly prepared. At the start of the COVID-19 pandemic in 2019, UNICEF said, 42,000 children, including those with disabilities, were discharged from care without checking their family conditions.
UNICEF's Greenberg said it had unsuccessfully urged Kyiv to adopt software that it and governments use around the world to produce a digital trail following children. Such software allows for children's medical records and health needs to be recorded.
Zelenskiy's office and the NSS did not respond to a request for comment on that.