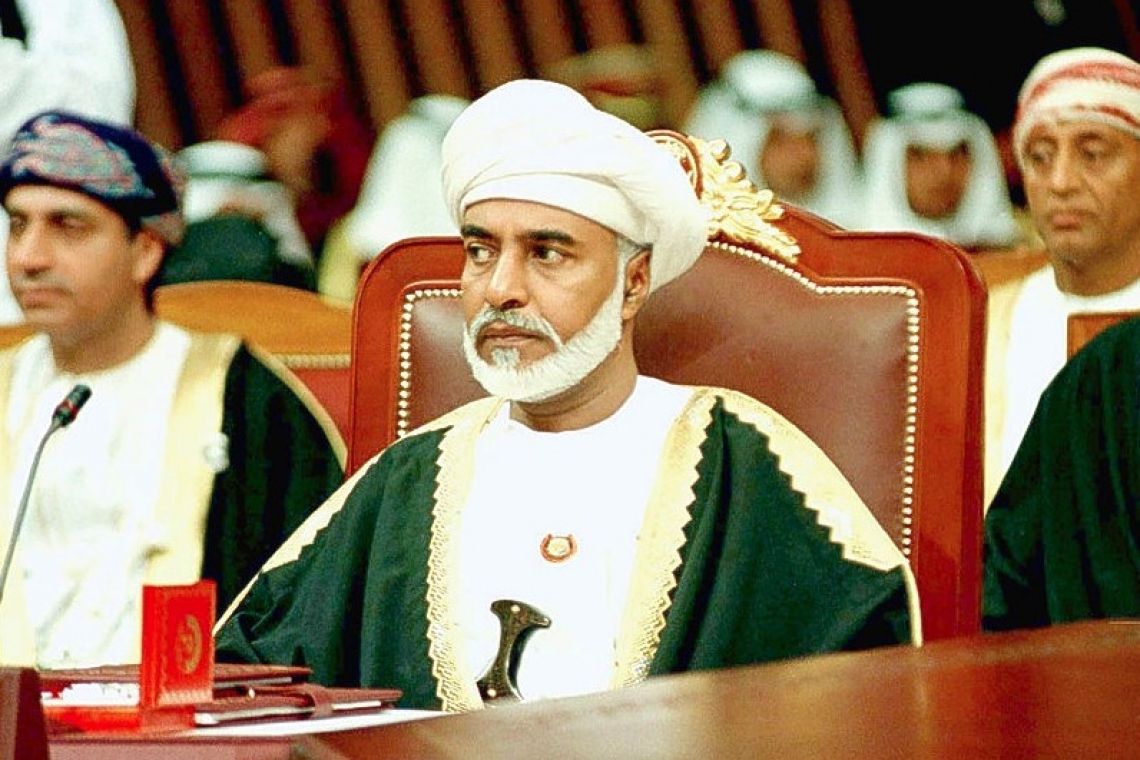 MUSCAT--Sultan Qaboos bin Said, who died late on Friday, transformed Oman during his 49-year reign from a poverty-stricken country torn by dissent into a prosperous state and an internationally trusted mediator for some of the region's thorniest issues. He became sultan in July 1970 after deposing his father in a palace coup with the aim of ending the country's isolation and using its oil revenue for modernisation and development.

Oman state news agency ONA said Qaboos died after "a wise and triumphant march rich with generosity that embraced Oman and extended to the Arab, Muslim and entire world and achieved a balanced policy that the whole world respected."
It did not disclose the cause of death. Qaboos, 79, had been ailing for years and was in Belgium in December for treatment.
His death leaves Oman, a key Western ally, without a clear successor because he never publicly named one. The sultan, who has dominated decision making in the Gulf state for decades, has secretly recorded his choice in a sealed letter should the royal family disagree on the succession line.
"The appointment and blessing of a successor by the sultan while alive would have been a huge service to Oman," said one diplomat in the region.
Analysts worry about royal family discord, and a resurgence of tribal rivalries and political instability, now a new ruler has to be chosen at a time when young hawks have assumed power in neighbouring Saudi Arabia and the United Arab Emirates.
Qaboos healed old rifts in a country long divided between a conservative tribal interior and seafaring coastal region. He became known to his countrymen as "the renaissance", investing billions of dollars of oil revenues in infrastructure and building one of the best-trained armed forces in the region.
While brooking no dissent at home, he charted an independent foreign policy, not taking sides in a power struggle between Saudi Arabia and Iran, or in a Gulf dispute with Qatar. Muscat kept ties with both Tehran and Baghdad during the 1980–88 Iran–Iraq War, and with Iran and the United States after their diplomatic falling out in 1979. Oman helped to mediate secret U.S.-Iran talks in 2013 that led to an historic international nuclear pact two years later.
The white-bearded Qaboos made his last public appearance in October 2018 when he met Israeli Prime Minister Benjamin Netanyahu on a rare visit to Oman. While other Gulf states have made overtures to Israel, none of their leaders have openly met with Netanyahu.
Qaboos, the eighth ruler of the al-Said dynasty that governed Oman since 1744, was born on Nov. 18, 1940 in Dhofar. In 1958, he headed to England to complete his education, strengthening historic ties between Britain and the Omani royal family. He studied for two years at the Royal Military Academy in Sandhurst and served six months in the British army in West Germany, returning to England in 1962 to study local government.
From 1964-70, Qaboos was confined to the royal palace in Salalah and denied any role in running Oman. He became disenchanted with his father's methods and skeptical of the army's ability to defeat Dhofari rebels.
When oil exports began in 1967, Sultan Said, accustomed to tight financial constraints, was reluctant to use the revenue for development. Britain, with considerable clout then over Gulf rulers, helped Qaboos overthrow his father in a palace coup on July 23, 1970. Sultan Said was forced to abdicate after some resistance and spent the last two years of his life in exile in England.
The new sultan, then only 30 years old, inherited a country with little infrastructure, few skilled administrators and none of the basic institutions of government. Qaboos gradually asserted his authority by taking over the role of prime minister and the ministries of finance, defence and foreign affairs, which he retained.
He fought Dhofar rebels with help from Britain, Jordan and Iran. Through military advances and by offering rebel leaders state jobs, Qaboos ended the revolt within six years of taking office.
Iran's 1979 Islamic revolution directed Qaboos' attention to the Strait of Hormuz, through which almost a fifth of global oil passes. He pledged to keep the strait open and in 1980 signed a deal to let U.S. forces use Omani facilities for emergencies.
In 1981, Qaboos began widening political participation and free elections for an advisory council were held in 2003.