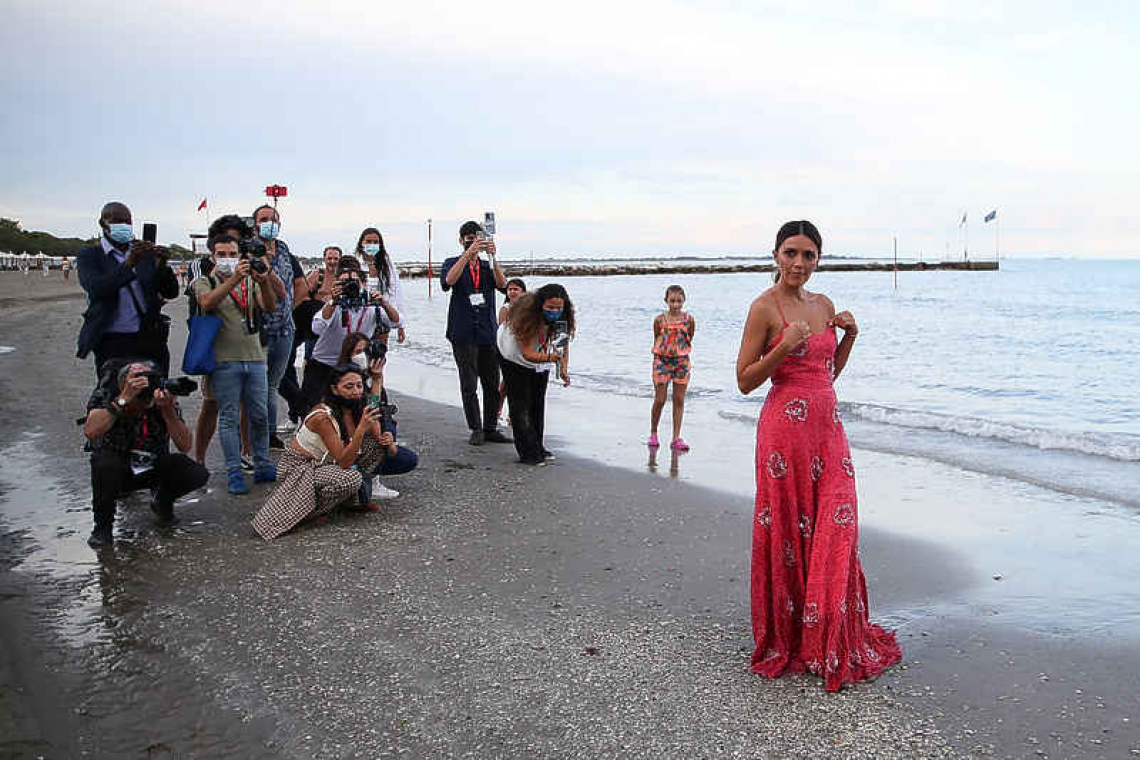 VENICE--Decked out in a black and white Chanel gown, Oscar-winning actress Penelope Cruz led the comeback of movie stars to the red carpet of the Venice film festival on its opening night on Wednesday, as cinema hopes to shake off the gloom of the coronavirus pandemic.

Unlike rival Cannes, the world's oldest film festival did not skip the 2020 edition due to the health crisis but it is only this year that celebrities are returning in force to the Lido waterfront, in a show of support for an industry hammered by lockdowns. Organisers are banking on a strict anti-COVID protocol to help keep the 11-day movie marathon trouble free.
Theatres are operating at half capacity and a wall blocks the view to the red carpet to stop crowds from gathering outside the main venue. Face masks and a health pass or a negative COVID test are required to attend screenings, and there will be fewer late-night parties.
"They are taking measures really seriously. Everyone is being really careful, really responsible. I think it's great for the industry that things can start to come back," Cruz told Reuters ahead of the opening ceremony. "I am happy that it's happening. It's a celebration of cinema but it also gives jobs to a lot of people around the world."
Cruz stars in "Parallel Mothers", the festival's opening film by Spanish director Pedro Almodovar. Hollywood stars Kirsten Dunst, Timothee Chalamet, Matt Dillon and Maggie Gyllenhaal are also among those who have made the trip to Venice so far.
"Everybody everywhere is eager to come back, to reopen, to restart, to release the films that stayed on the shelf for a year and a half or maybe two years," festival director Alberto Barbera told Reuters.
He said most of the world premieres to be screened at the festival were already sold out, and promised that there would be no shortage of celebrities - even though fans will not be able to get anywhere near them. "The red carpet will be one of the most crowded in years because everybody is here," he said.
Titles vying for the Golden Lion award for best film include Jane Campion's "The Power of the Dog", with Benedict Cumberbatch as a ranch owner who torments a young widow played by Dunst, and Kristen Stewart's turn as Princess Diana in "Spencer". Also in the main line-up is Gyllenhaal with her debut as director, of "The Lost Daughter", based on an Elena Ferrante novel and starring Olivia Colman and Dakota Johnson.
Ridley Scott's medieval epic "The Last Duel" starring Matt Damon and Ben Affleck, and Denis Villeneuve's hotly anticipated science-fiction tale "Dune", with Chalamet and Zendaya, will both screen out of competition.