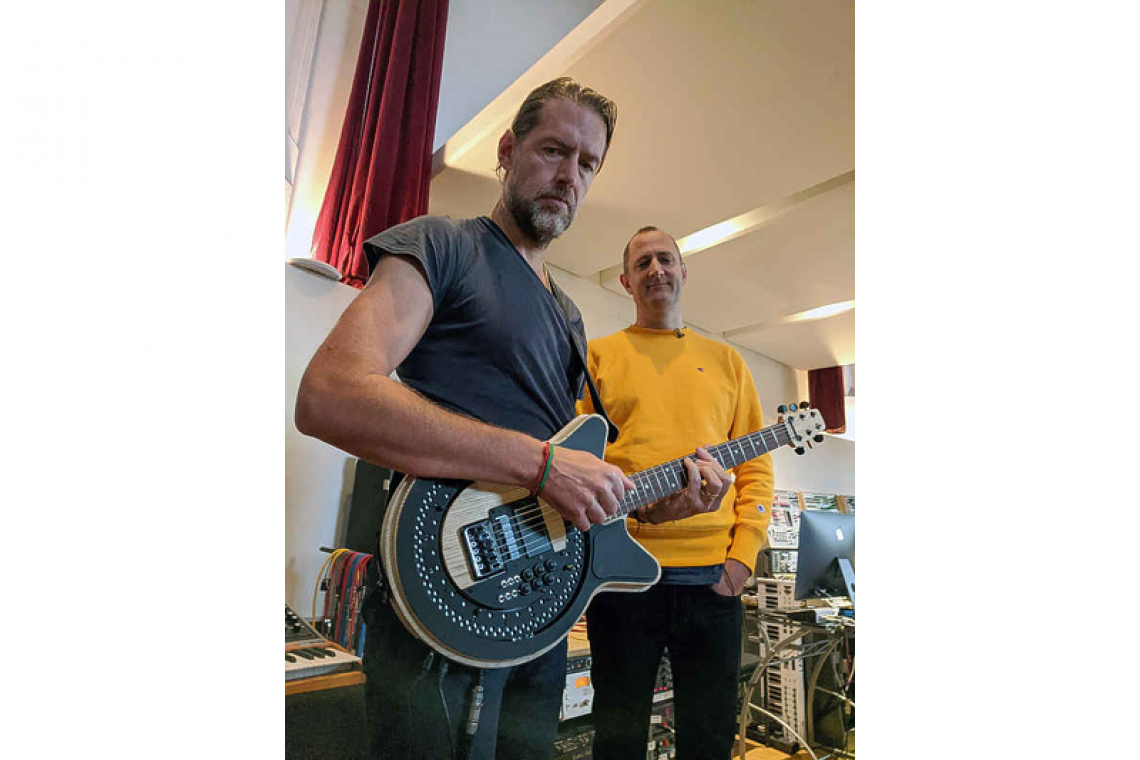 LONDON--British band Radiohead's rhythm guitarist Ed O'Brien has been putting a radical redesign of the electric guitar through its paces.
The Circle Guitar features a rotating disc that can be fitted with plectrums to strum the strings, freeing up one hand for the guitarist to experiment with new sounds. O'Brien described the instrument as one of those he had been "longing to find."

"It's like learning a new language, really," O'Brien told Reuters during a session at The Church studios in London. "I want to spend a lot of time with it ... I think it's extraordinary."
The spinning wheel can rotate at up to 250rpm and allows the musician to programme different rhythmic patterns with magnetic plectrums that fit into 128 slots in the disc. Created by designer Anthony Dickens, it was inspired by the search for new sounds.
"It's not really a guitar to be honest. It's a different kind of instrument," Dickens said. "It's like Frankenstein's cousin."
The guitar can be synchronised with a computer, drum machine or digital interface.
"I like electronic music and drum machines," Dickens said, "so taking the organic, lovely sound of a guitar and making it so precise is creating this different kind of feel and vibe to music."
There are plans to make two versions of the Circle Guitar: one with a single output for the classic rock guitarist and one where each string is a separate output for record producers like Oscar and Grammy award-winning Paul Epworth.
"I think the Circle Guitar is an incredible innovation which really does challenge how you play an instrument," Epworth said. "This is really in a league of its own."
Two years in development, Dickens said he hoped to start commercial production of the Circle Guitar next year.