King Richard portrays the power behind the Williams sisters' throne 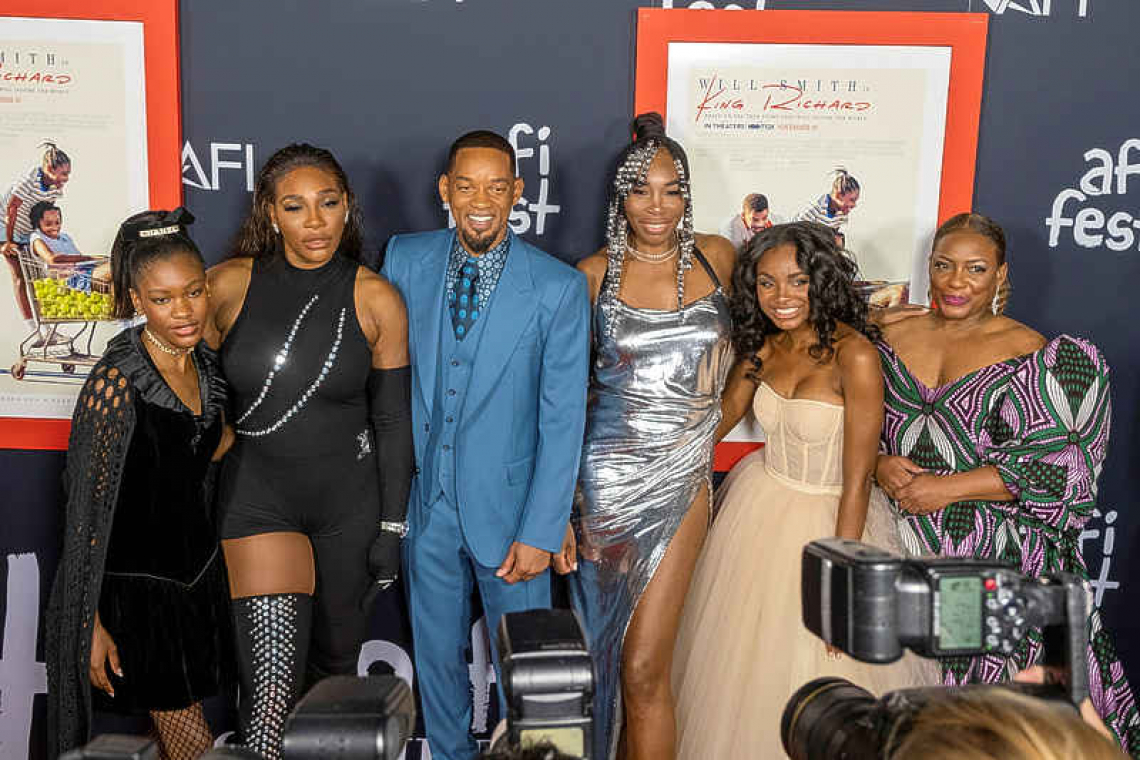 LOS ANGELES--Long before Venus and Serena Williams were old enough to pick up a tennis racquet, their father had their future mapped out.

His story is the heart of the new film "King Richard," opening in U.S. movie theaters and HBO Max on Friday, and made with the backing of the Williams family and a rousing song by Beyonce.
Although Venus and Serena Williams are now household names and icons of Black female empowerment, the tale of how they reached the heights of sporting fame from a hardscrabble neighbourhood in Los Angeles is barely known. Played by Will Smith, Richard Williams was coach, dad, and promoter of the girls, training with them on broken-down public courts in 1990s South Los Angeles, collecting discarded balls, and battling derision and skepticism to get them attention.
"It's like asking someone to believe you have the next two Mozarts living in your house," one early skeptic tells him.
"Richard had this vision and really wrote a 75- or 80-page manifesto before Serena and Venus were born that they were going to have two more kids and they were going to become the top two tennis players in the world," said Tony Goldwyn, who plays Paul Cohen, their first professional coach.
Williams was a big personality who constantly challenged Cohen's training methods and technique. "The real Paul told me he loved Richard for that. He knew where it was coming from was a place of love and commitment," said Goldwyn.
Isha Price, one of Venus and Serena's three older half-sisters, was an early collaborator on the script, providing details and recollections that made the movie the story of the family. Richard Williams has been in ill health for years and did not take part.
Venus Williams said she got emotional watching it. "Just like watery eyes, and the moment, the family moments of togetherness and the father-daughter moments are like, ooh," she said.
While the film uses authentic players as doubles for much of the action, actors Demi Singleton (Serena) and Saniyya Sidney (Venus) had to undergo months of intensive training to learn how to hit the ball, serve and play the kind of power tennis the young sisters were known for.
"They're such extraordinary people and they're very nice. Such big hearts," Sidney said. "They gave us great advice on just growing up in this world and how they felt when they were a kid and to always make sure you stay close to your family."