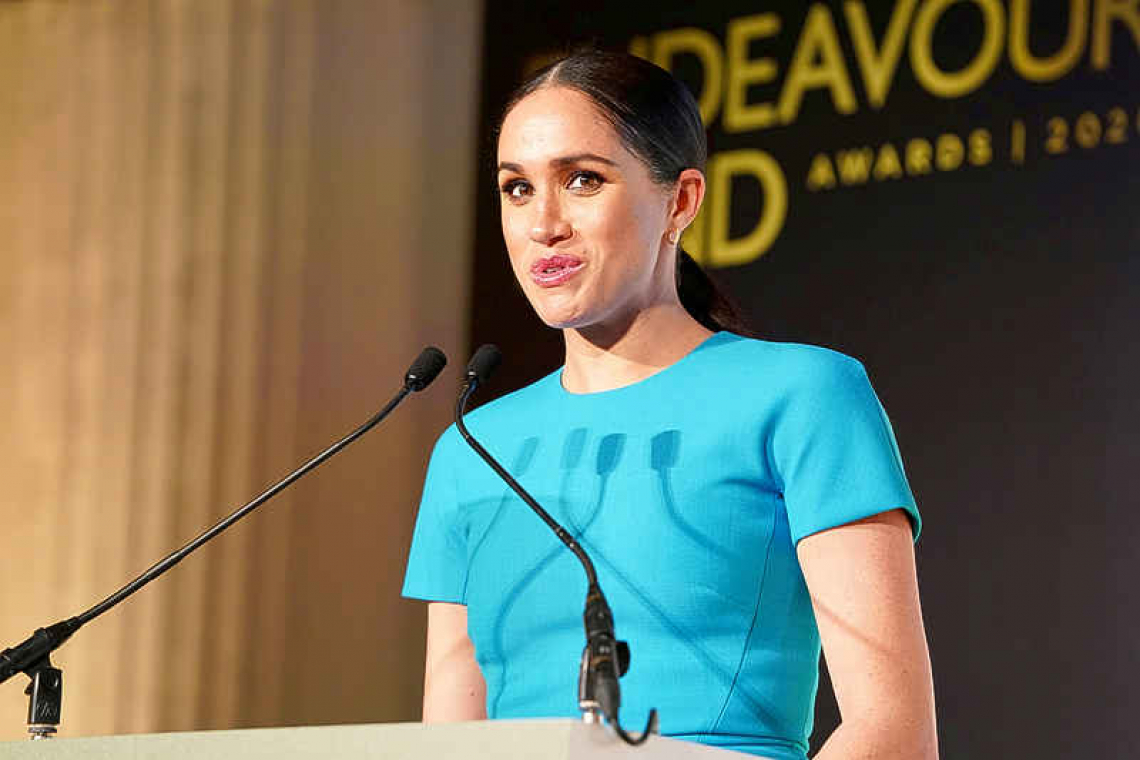 LONDON--Meghan, the Duchess of Sussex, said on Thursday a British tabloid had been held to account for its "dehumanizing practices" after she won a privacy claim against the paper for printing extracts of a letter she wrote to her father.

Meghan, 39, the wife of Queen Elizabeth's grandson Prince Harry, sued publisher Associated Newspapers after its Mail on Sunday tabloid printed parts of the handwritten letter she sent to her estranged father, Thomas Markle, in August 2018.
Last month, her lawyers asked Judge Mark Warby to rule in her favour without the need for a trial which could have pitted her against her father, who gave a witness statement on behalf of the paper and who she has not seen since her wedding in May 2018.
Warby ruled the articles were a clear breach her privacy. The newspaper said it was considering an appeal.
"After two long years of pursuing litigation, I am grateful to the courts for holding Associated Newspapers and The Mail on Sunday to account for their illegal and dehumanizing practices," Meghan said in a statement.
She said the tactics of the paper and its sister publications had gone for too long without consequence. "For these outlets, it's a game. For me and so many others, it's real life, real relationships, and very real sadness. The damage they have done and continue to do runs deep," she said.
Meghan wrote the five-page letter to Markle after their relationship collapsed in the run-up to her glittering wedding to Harry in May 2018, which her father missed due to ill health and after he admitted posing for paparazzi pictures. In two days of hearings last month, her lawyers said printing the "personal and sensitive" letter was a "triple-barrelled" assault on "her private life, her family life and her correspondence" and plainly breached her privacy.
The paper argued the duchess intended the letter's contents to become public and it formed part of a media strategy, pointing out she had admitted in court papers discussing it with her communications secretary. The Mail, which published extracts in February 2019, said it did so to allow Markle to respond to comments made by Meghan's anonymous friends in interviews with the U.S. magazine People.
"For the most part they did not serve that purpose at all," Warby said in his ruling. "Taken as a whole the disclosures were manifestly excessive and hence unlawful. There is no prospect that a different judgment would be reached after a trial."
He said the duchess had a reasonable expectation the letter's contents would remain private and the Mail had "interfered with that reasonable expectation."
The judge also ruled the printed extracts were an infringement of her copyright, but said there needed to be a trial to decide damages over the "minor" issue of who owned the copyright, because of the involvement of senior royal aides in its drafting.