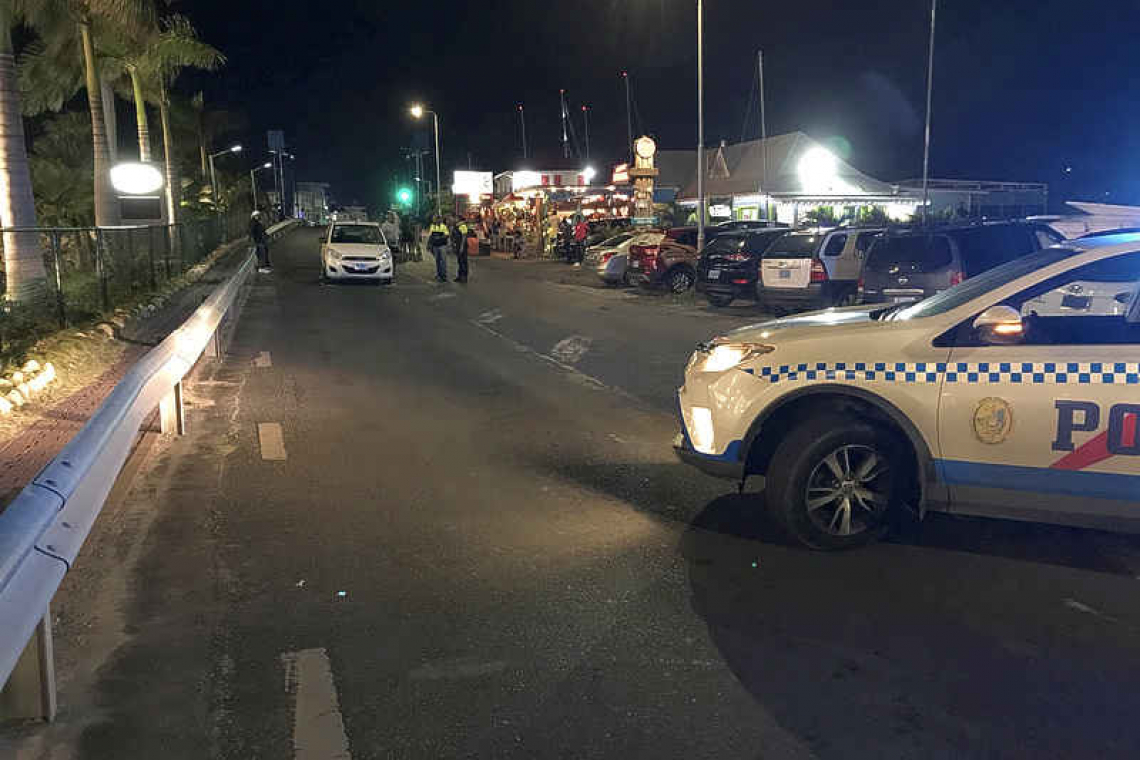 SIMPSON BAY--A woman was hit by a car while crossing the road close to Nowhere Special bar and restaurant, Simpson Bay, on Thursday night around 8:30.

Police spokesman E.S. Josepha confirmed the woman was taken to the St. Maarten Medical Centre but there was no information concerning her injuries. Police closed the road temporarily between Market Garden and the Simpson Bay Bridge to conduct the investigation.

“The lady was most likely under the influence and ran across the road without looking,” said Josepha. “The car was coming over the bridge from the police station direction.”

It was not known if the woman was a tourist or a local resident.