VP Steven Patrick: ‘We need to read the fine print in the PPRN’ 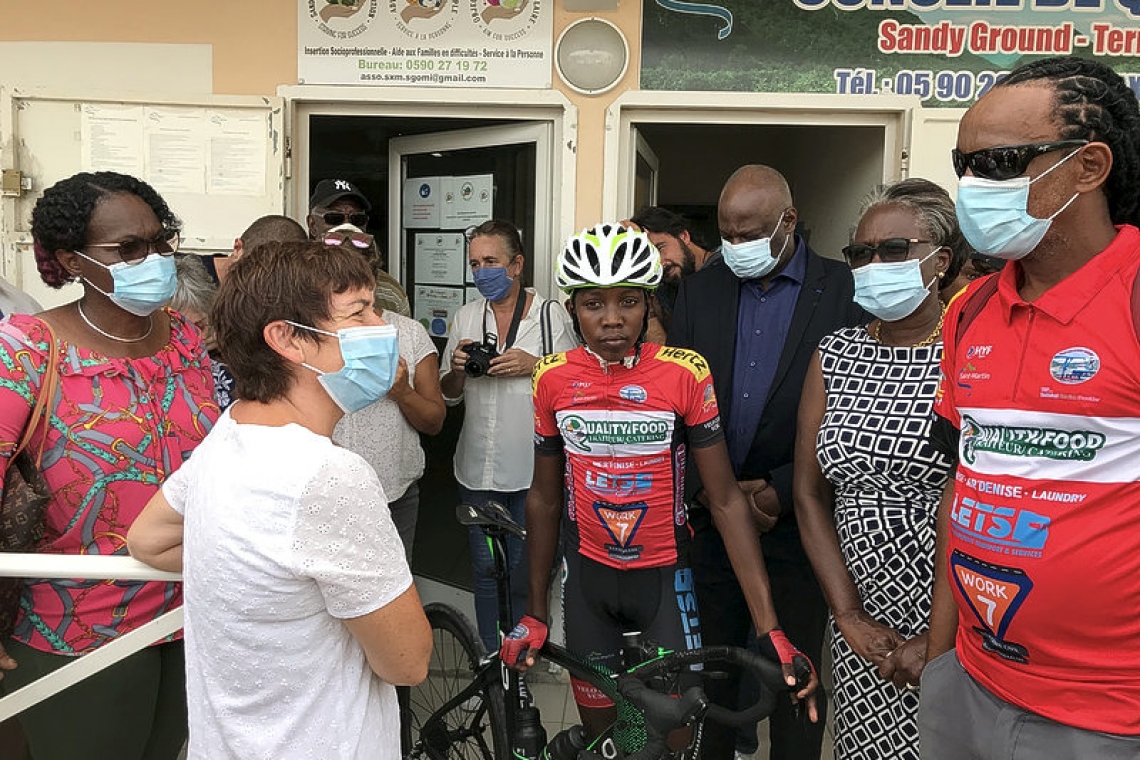 MARIGOT--French Overseas Territories Minister Annick Girardin’s declaration on Monday that the relevant ministries in Paris had approved the Lacroix Mission’s seven recommendations for revision of the natural risk prevention plan PPRN sets in motion a re-writing of the plan that will be completed in September.

The COVID-19 crisis was cited as the reason for the delay in announcing the result of the Lacroix Mission’s report.

Girardin, who also endorsed the recommendations, said, “They meet expectations and are perfectly adapted to the territory,” before adding she has asked the State services “to adapt the rules to the realities of the territory by re-launching the work to revise the plan in collaboration with the Collectivité.”

Vice-President of the Collectivité in charge of urban affairs Steven Patrick said the Minister’s announcement that the recommendations had been approved was generally well received at the meeting.

“But we still need to study the fine print, because the devil can be in the details,” he cautioned. “The fact that the ministries accepted all of the seven recommendations tells you how impactful the Lacroix Mission was. The mission got a real sense of the reality and the population’s concerns.”

Patrick said he was pleased that rebuilding is now allowed in the red zones of the plan and that the five-year stipulation has been removed. The latter concerns the original rule that gave a property-owner five years to make additional improvements to bring the property up to standard in a red zone, which for some people would have been a very costly burden.

He added that the process of transferring land title to persons occupying domain land (50 pas géometriques) will be “accelerated” with the signing of a new convention.

Asked for his reaction to the Minster’s announcement, Sandy Ground District Council representative Cédrick André said the PPRN was in a better place now than before.

“We still need to clarify some points,” he said. “We asked her to give us two more weeks to study the document, to understand it between the lines, as we are not technicians. Also, I think the rebuilding requirements are still too restrictive.  The fact that the Collectivité can now be more involved is a good thing.”

Girardin meanwhile visited Sandy Ground district council on Tuesday morning before her departure to French Guiana, where she met several associations, including sports clubs, youth and residents, and fishermen, at their request. She met members of cycling club Velo Club de Sandy Ground and chatted with a young cyclist and the football club representative.

She was put on the spot by youth association Madwoz President Jeremy Watt who talked to her extensively about the lack of employment, activities, sport and culture for the youth of Sandy Ground. The district has not had its stadium and cultural centre rebuilt since Hurricane Irma.  While she listened attentively, the complaints are not the responsibility of the State but the Collectivité.

The recommendations that will be integrated into the new PPRN plan are:

1 – Authorisation to rebuild in dark red (high risk) zone. Reconstruction will be allowed with the input of an architect to reduce the risk of vulnerability;

2 – Abolition of the obligation to bring a property up to standard within five years. Although financing would be possible for 80 per cent of the cost, financing the remaining 20 per cent would be difficult for some people;

3 – Placing sleeping quarters on a higher level may not work in all cases. A paragraph in the regulations will be inserted requiring the owner to specify where the room is located if it cannot be upstairs;

4 – Removal of the requirement to provide proof of the initial building permit. This will be deleted from the PPRN regulations;

5 – Cleaning up of the PPRN regulations. Irrelevant sentences and paragraphs will be deleted;

6 – Strengthening the collaboration between the State and Collectivité in the field of urban planning; and

7– Acceleration of regulation of land title to owners in the “50 pas géometrique” zone by domain services.