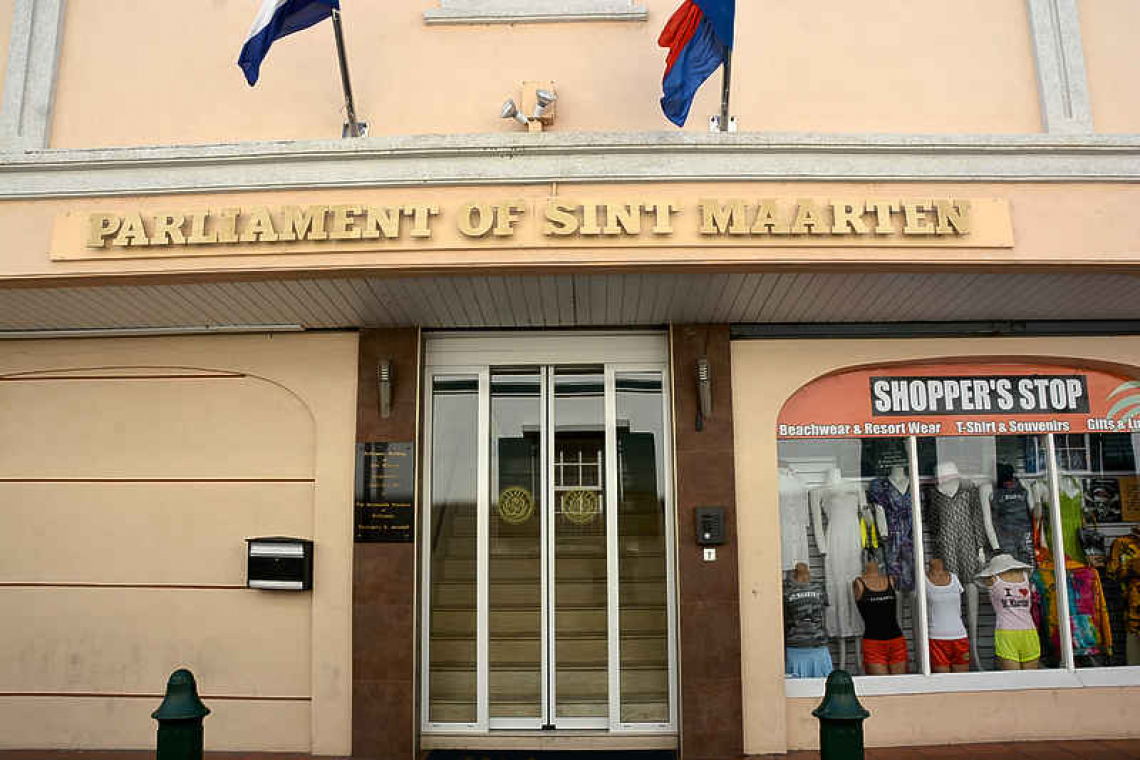 PHILIPSBURG--Parliament has called an urgent Central Committee meeting as well as plenary session this afternoon concerning a proposal to request advice from the Council of Advice regarding the draft consensus Kingdom Law the establish the Caribbean Body for Reform and Development COHO.

The Central Committee meeting is scheduled for 1:00pm in the General Assembly Chamber, followed by the plenary session at 4:30pm.

By letter dated April 12, 2022, Members of the Committee of Kingdom Affairs and Inter-Parliamentary Relations requested Parliament to approve that this letter containing questions regarding the COHO bill be sent to the Council of Advice. Considering the urgency, this request will be handled today.

The parliamentary sessions will be carried live on TV 15, SXM Bulletin (Cable TV 120), via SXM GOV radio FM 107.9, via Pearl Radio FM 98.1, the audio via the internet www.sxmparliament.org, and www.pearlfmradio.sx