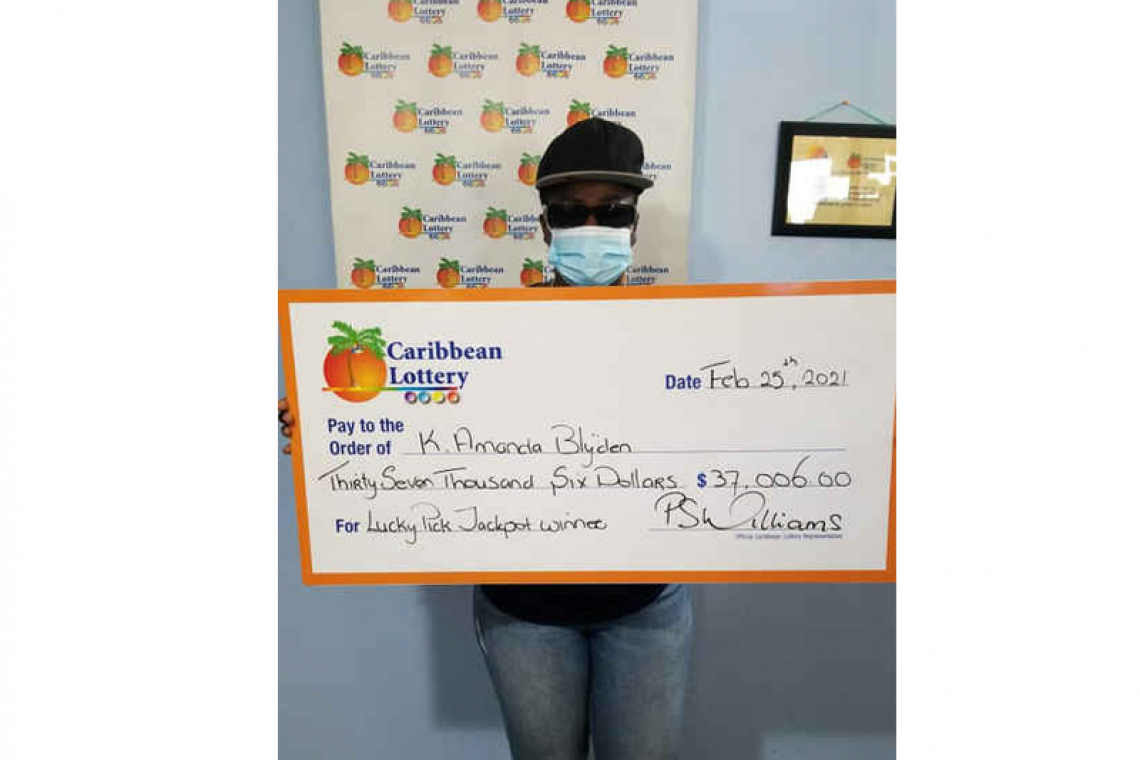 K. Amanda Blijden displays her US $37,006 cheque after hitting the jackpot in the Caribbean Lottery’s Lucky Pick game recently.

For the first winner, K. Amanda Blijden, Saturday morning started off like any other day. She got up and checked her tickets online with the intention to purchase more tickets for the upcoming three days as customary. 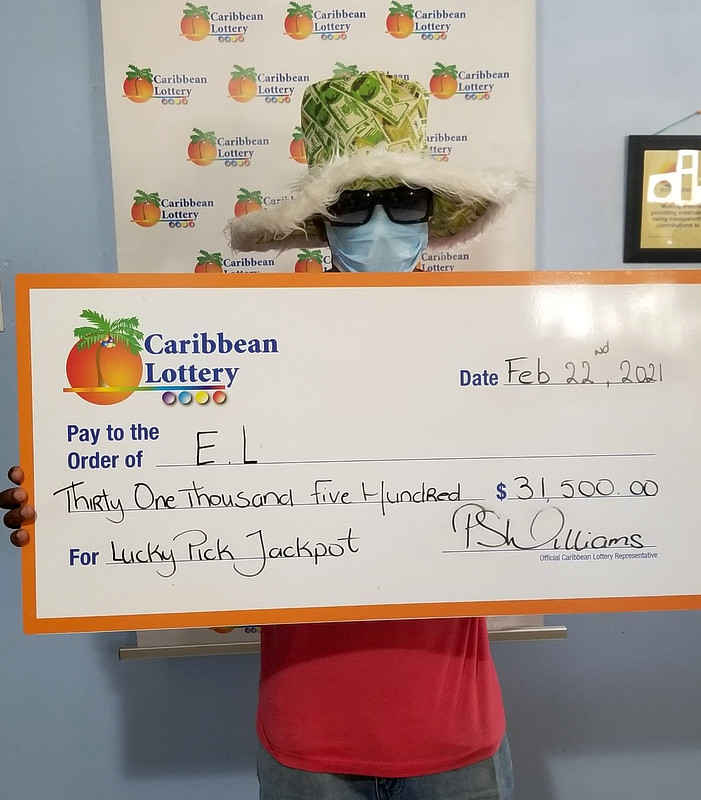 E.L. holds his cheque of US $31,500 after hitting the jackpot in the Caribbean Lottery’s Lucky Pick game recently.

After reviewing the winning numbers with her mother that morning, in disbelief, she whispered to herself, “Oh my God, I won.” She had struck the jackpot and is US $37,006 richer today. Blijden has been playing the same numbers daily for a while. Although she got four of the five numbers sixteen times, she was never lucky enough to have hit the jackpot before.

Blijden purchased her Lucky Pick ticket at the Caribbean Lottery’s retail agent at Healthy Upkeep. “I have been playing the Lucky Pick game for years as it is my favourite game. I will definitely continue playing as I got my eye on the Super Lotto Jackpot!” said the ecstatic winner.

Another surprising win came later for Caribbean Lottery player, E.L. who also hit the jackpot in the Lucky Pick game. After purchasing his ticket at Hong Xing Supermarket, E.L. doubted his chance of winning, noting that someone had won the jackpot only a few days before. However, he is now walking away the happy winner of US $31,500.

“After hearing that the Lucky Pick Jackpot had just been won less than a week ago in St. Maarten, I figured that my luck had run out. I got the urge the next day and decided to still take my chances and purchase my same numbers as customary. I am very happy that I followed my gut feeling,” said E.L.

He explained that he is even more grateful for the win as it will help him climb out of his current financial difficulties. “It is a great feeling and I am very thankful for this win,” said the overjoyed winner. “It will assist with my financial strain.”

Both jackpot winners encourage other players to keep playing and not to give up because, as Blijden said, “Your day too will come.”