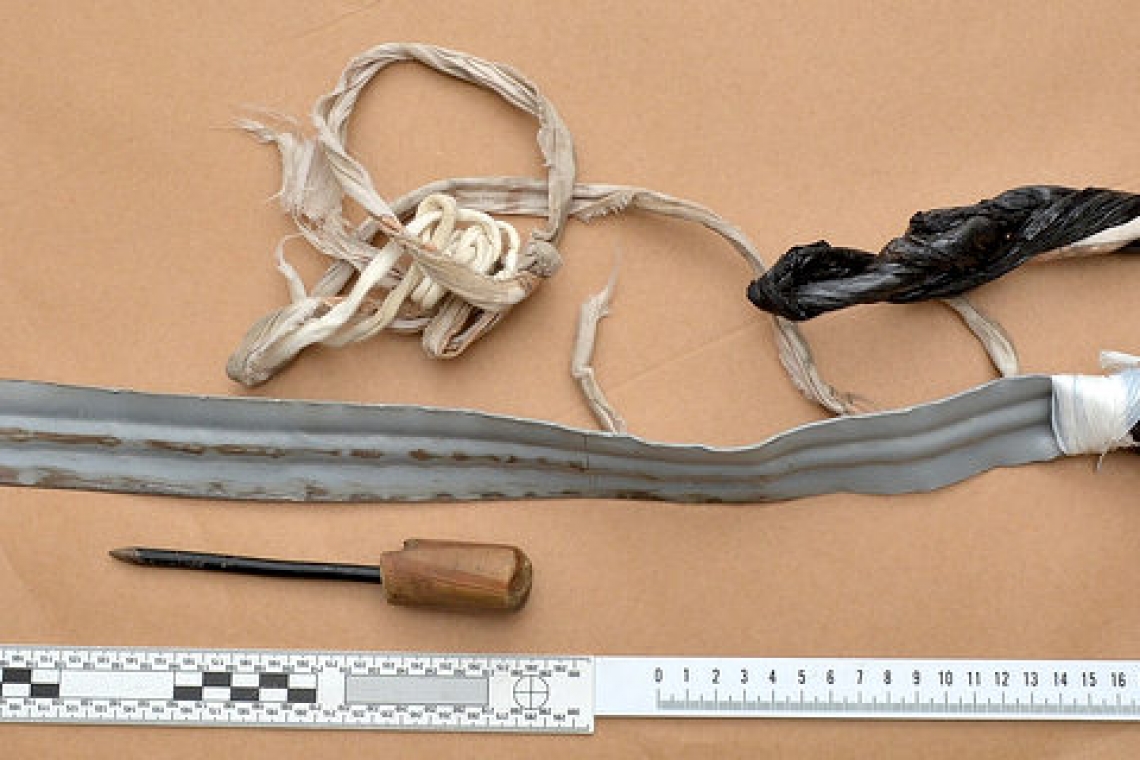 The makeshift weapons that were confiscated after a violent attack at the Pointe Blanche prison on Saturday, February 1.

After the altercation, police said they were “immediately called in by the prison guards to conduct a full investigation into what took place leading up to the incident.”

According to the prison guards, the altercation involved three persons: Grell, G. and another inmate B.F.

Grell, who is trained in martial arts, managed to defend himself and only sustained minor cuts. G. was more seriously injured and had to be taken to St. Maarten Medical Center (SMMC) for medical attention.

According to police, the injuries to both inmates are believed to have been caused by the self-made makeshift weapons that were confiscated after the altercation.

“Detectives approached all parties that were said to be involved for a statement into what took place leading up to the altercation, but all inmates were reluctant to provide any information. A second attempt was made to gain information from the inmates on February 4, but to no avail.

“No arrests have been made by the St. Maarten Police Force detectives thus far due to this fact,” said police in the press release.