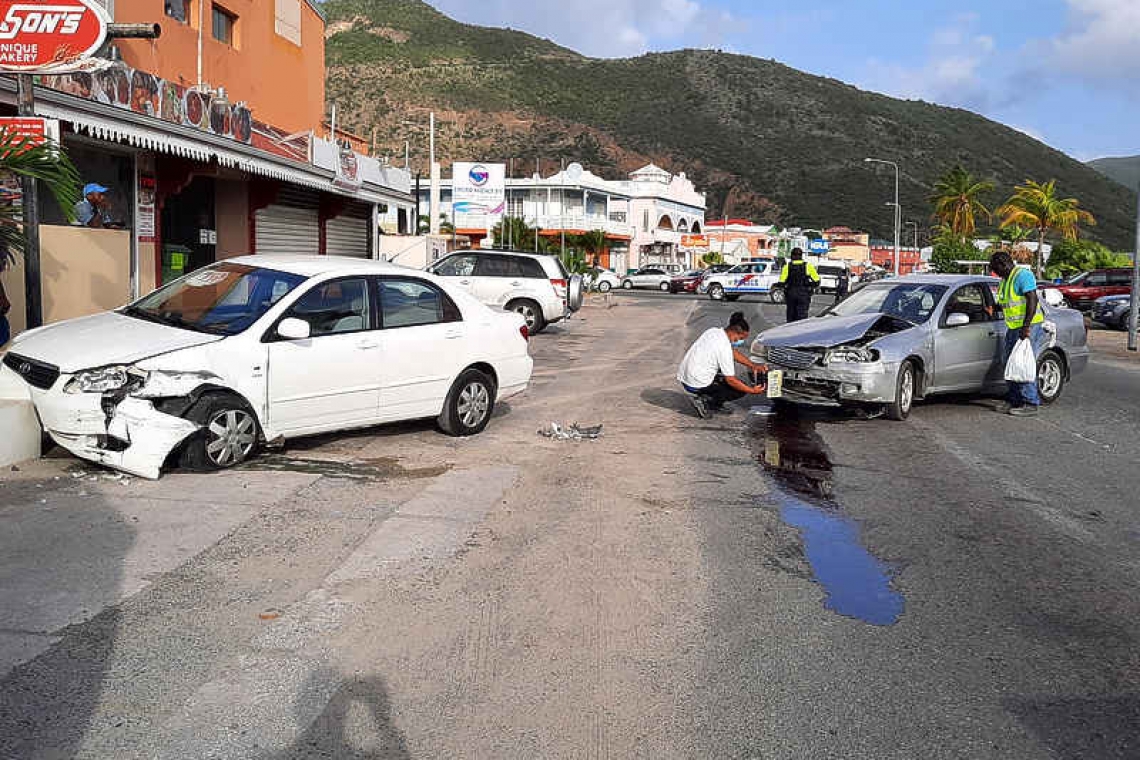 The scene of the accident on Tuesday morning.

PHILIPSBURG--Two cars were badly damaged in a collision on W.J.A. Nisbeth Road (Pondfill) around 8:00am Tuesday. One driver came out of the accident unscathed while the other suffered only minor injuries.

The two cars collided as a result and the Toyota slammed into a concrete divider in front of the bakery.

The Toyota driver suffered minor injuries to his face and paramedics treated him at the scene. The Nissan driver did not suffer any injuries.

However, both cars were badly damaged. The Police Traffic Department is still investigating this accident.