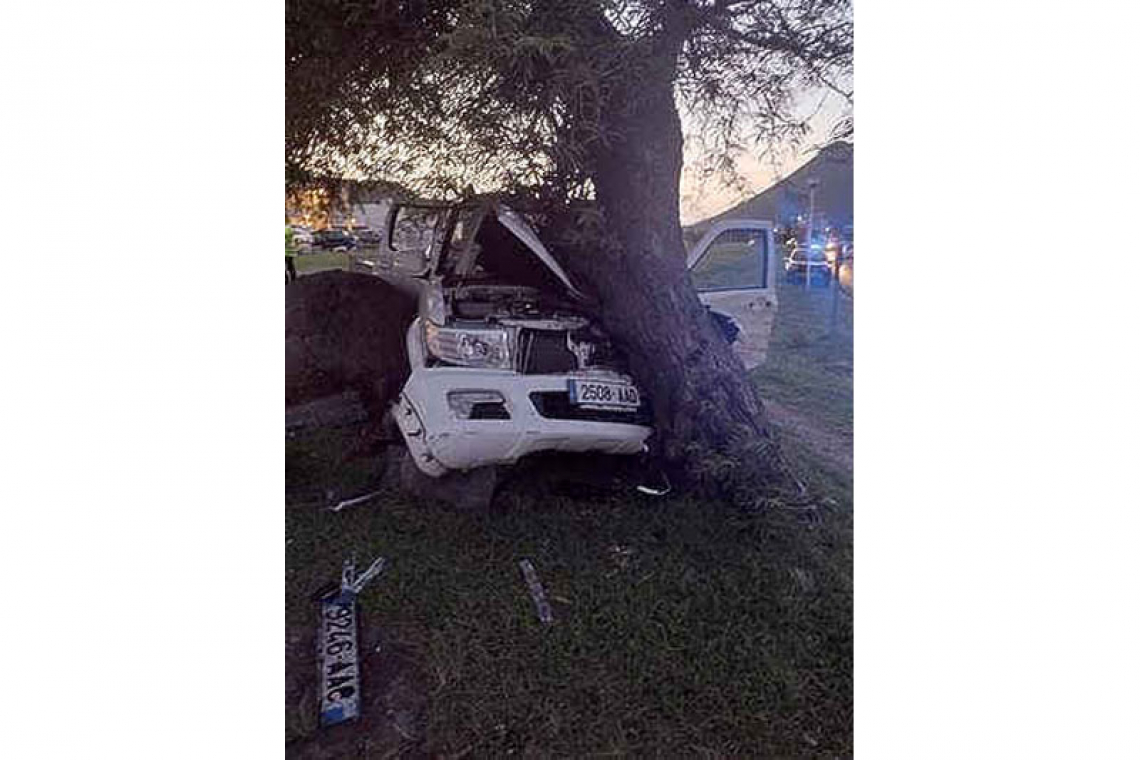 The pickup truck ended up against a tree. (Gendarmerie photo)

MARIGOT--Three vehicles were involved in an accident caused by a pickup truck shortly before 6:00pm on Thursday, the Gendarmerie reported.

The pick-up was driving in the Marigot/Cul-de-Sac direction. Arriving at the crossroads of Super U, the driver lost control of his vehicle, swerved into the left lane, hit a vehicle arriving in the opposite direction which was then hit from behind by a vehicle following. The pickup continued to drive down the embankment on the right, hit a lamp-post and ended up against a tree.
The pickup driver tested positive for alcohol and sustained slight injuries. He was transported to the hospital for a control examination. Two children in the back were slightly injured and transported to hospital for examination as well.
The second vehicle contained a driver and a passenger in the front and a baby in the back. They received minor injuries and were taken to hospital for examination. The driver tested negative. The third vehicle had just the driver. He was uninjured and tested negative for alcohol. An investigation into the accident has been opened at the Hope Estate Gendarmerie.