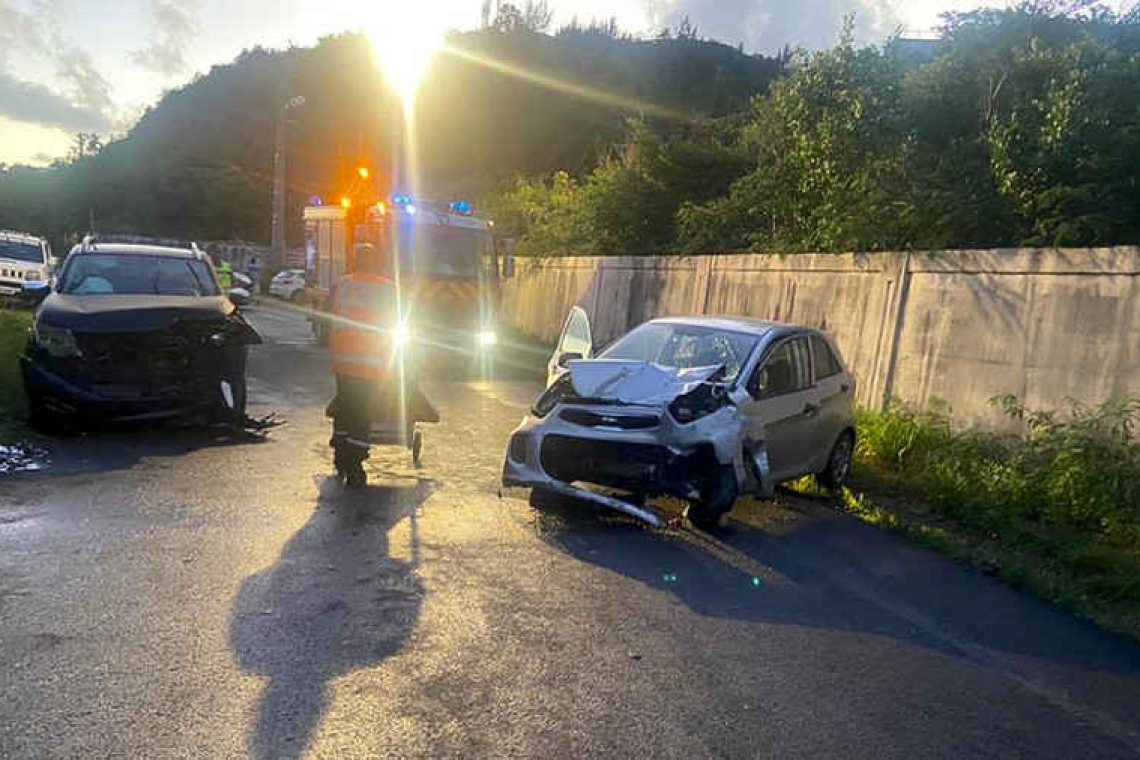 The accident scene in Lowlands early this morning.

MARIGOT--A woman who was involved in a three-car accident that occurred in Lowlands around 5:30am Monday succumbed to her injuries in hospital, the Gendarmerie disclosed early Monday evening.

The young woman (26) was one of two persons seriously injured in what the Fire Brigade (pompiers) described as a three-car collision. The other injured person was a man in his 40s.

According to the Gendarmerie, the driver assumed to be responsible for the accident left the scene before the arrival of Gendarmes.

The injured were treated at the scene by the pompiers and emergency responders Structure Mobiles d’Urgence et de Reanimation (SMUR) before being taken to hospital.

An investigation has been opened to determine the cause of the accident.