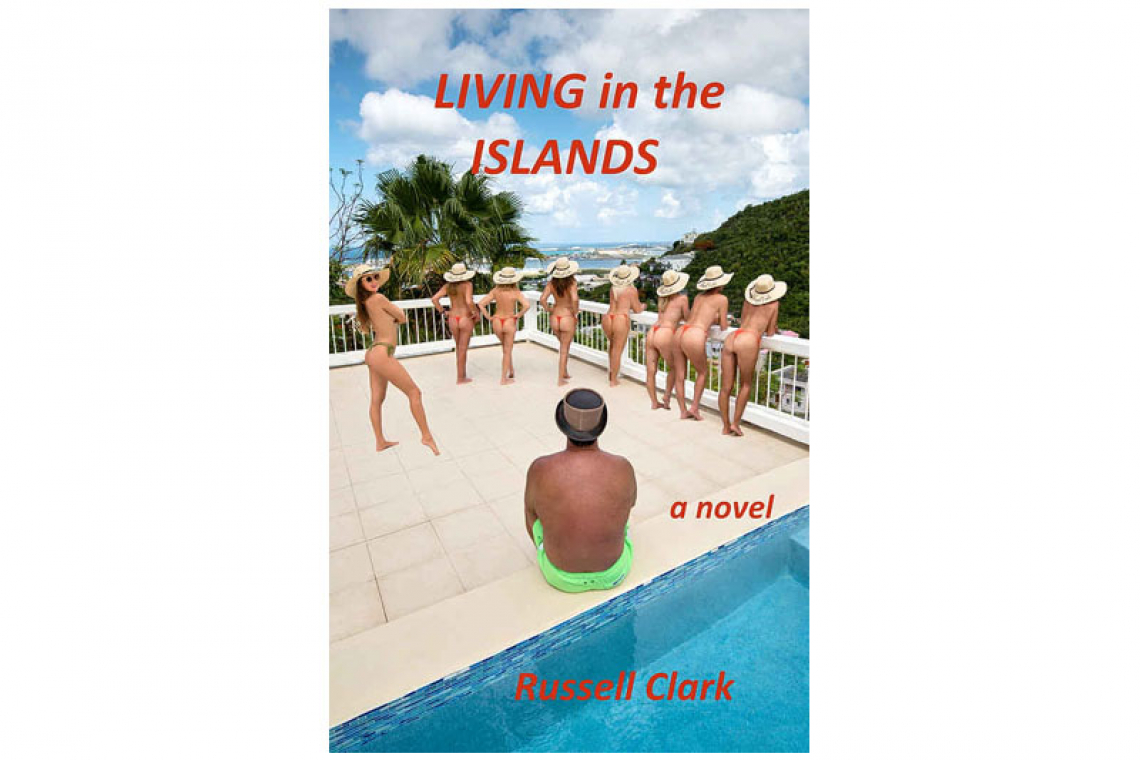 Book cover for “Living in the Islands”.

SIMPSON BAY--The third book in the exciting adventure series set in St. Maarten by author Russell Clark, Living in the Islands is available in bookshops now.

His first book Escape to the Islands features the vacationing Ben Carlisle, whose restful getaway becomes an adventure of a lifetime. Encounters with beautiful women, shady businessmen and life-threatening events fill his days and nights.

The second book in the series Return to the Islands continued the adventure from Tahiti Beach in the Bahamas to the inviting beaches of St. Martin. A smuggling scheme unfolds as Ben’s free-spirited friends pursue romance.

The third book Living in the Islands chronicles the emergence of the man known as the “Hat-man” in St. Maarten. He expands his business empire, and begins producing beach essentials, including beach hats, playing on his reputation as always wearing a hat.

His long-time girlfriend Michele joins him in the business venture, which is expected to complement his other businesses as additional exports in the islands and South Florida. He indirectly becomes involved with Sylvie, as she has another escapade for making money, with the help of her friends and the use of their planes.

As in the prior two books, there is also a story line of romance, with Ben looking to buy a house on the island on a part-time basis to join his friends living in St. Maarten.

The books are on sale at Good Cards and Van Dorp, both in Simpson Bay, Van Dorp on Dominica Road in Philipsburg, and at Rima Beach World, 84 Front Street, Philipsburg. They are also available on Amazon and other online retailers.