Theo: UP has become ‘stepchild of the NA’ 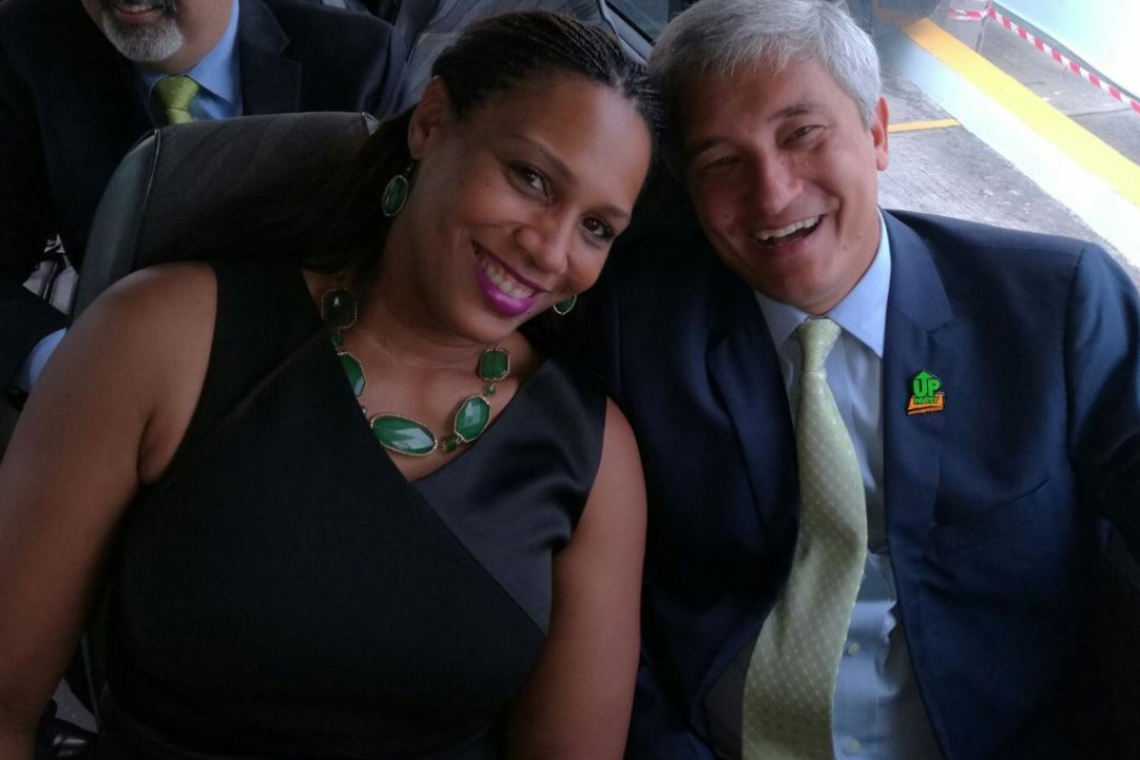 ~ Against removal of Grisha ~

PHILIPSBURG--The United People’s (UP) party has become a stepchild of the National Alliance (NA), says UP founder and former leader Theo Heyliger.

Heyliger made the remarks in a letter in which he expressed his position against apparent plans to remove his wife UP Member of Parliament (MP) Grisha Heyliger-Marten as Chairperson of Parliament.
“I would like to dispel any rumours that I agree with any action to fire Grisha,” Heyliger wrote in the email sent to MPs last week Friday, which is when the plan to vote Heyliger-Marten out was reportedly planned for.
“At no time could I ever agree to that. I have left politics to those directly involved, but I as an individual that has been around the political scene – do have an opinion. I have voiced that opinion as well. UP has become a stepchild of NA. Doesn’t stand UP to anything anymore and just goes along to get along. UP has taken over for the USP [US Party] as the junior NA. I don’t have much more to say other than firing one of your own on behalf of another political party is outrageous,” Heyliger wrote in the email. “God help St. Maarten,” he concluded.
The plan did not go through as UP MP Ludmila de Weever withdrew her support from the UP party and declared her independence while another UP MP reportedly had reservations against removing the chair.
Heyliger-Marten told The Daily Herald in an invited comment that a coalition meeting was held last week Thursday and the first point of discussion had been where she stood with “the new coalition agreement”.
Heyliger-Marten said her response was: “A coalition agreement is between two parties. My allegiance is with the UP party, but if the majority in the UP wants to sign the new coalition agreement, then that is their right. If I don’t want to sign the coalition agreement then that is my right and I am asking everyone to respect that.”
Heyliger-Marten said she had a prior appointment and she left the coalition meeting early. The plans to have her removed as Parliament chair was apparently discussed following her departure.
The new agreement in question adds the support of independent MP Akeem Arrindell and United St. Maarten Party (US Party) MP Chanel Brownbill to the coalition.
In an invited comment UP leader Rolando Brison said: “As the founder of the UP party, we should respect the comments of Mr. Heyliger, or any citizen for that matter, as their own opinion, especially when they attempt to dispel the rumour he described. I would not want to further comment on a letter he wrote. I will say, though, that the UP party is about offering its members opportunities to grow and not about tearing them down.”
De Weever’s withdrawal and her going independent has left the coalition with seven members and increased the number of factions in Parliament to nine: NA, UP, UD, PFP, US Party (Brownbill, who never declared himself independent) and Independents Christophe Emmanuel (former NA), Akeem Arrindell (former US Party), Ludmila Duncan (former NA) and Ludmila de Weever (former UP).