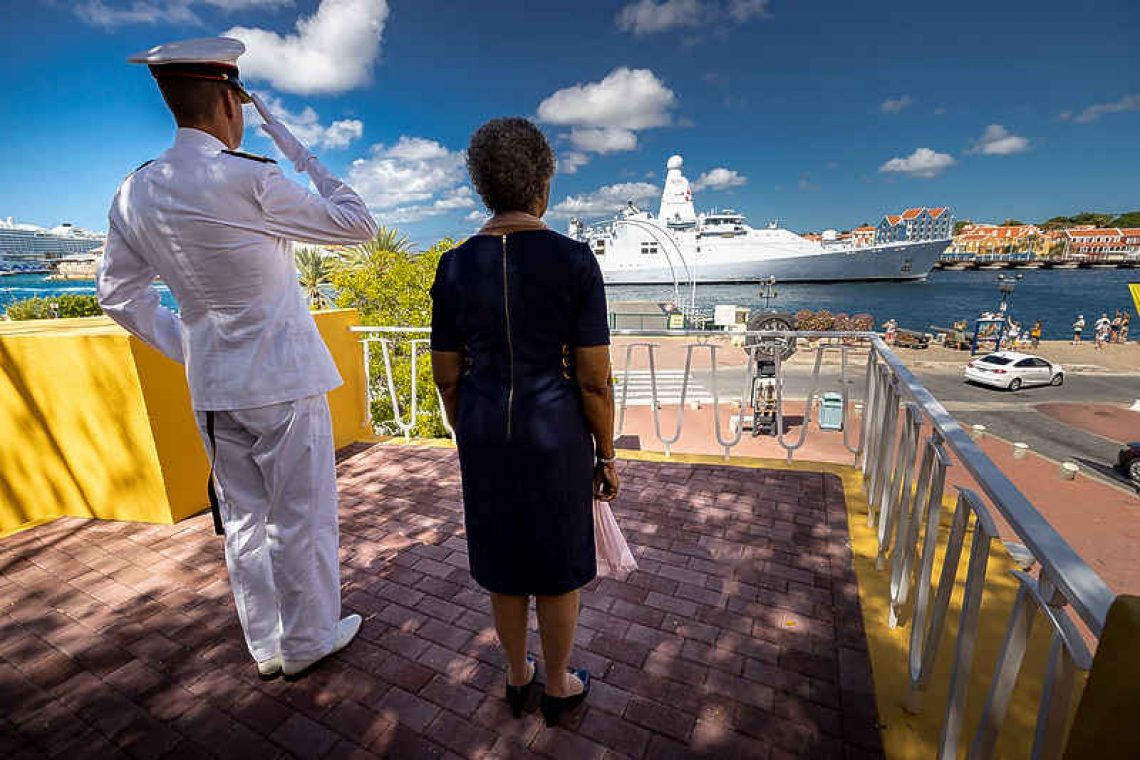 Observed from the governor’s balcony while entering the Port of Willemstad.

WILLEMSTAD--Dutch defence in the Caribbean again have an operational patrol vessel at their disposal. The royal navy’s Friesland arrived in Curaçao around 12:00pm last Sunday. 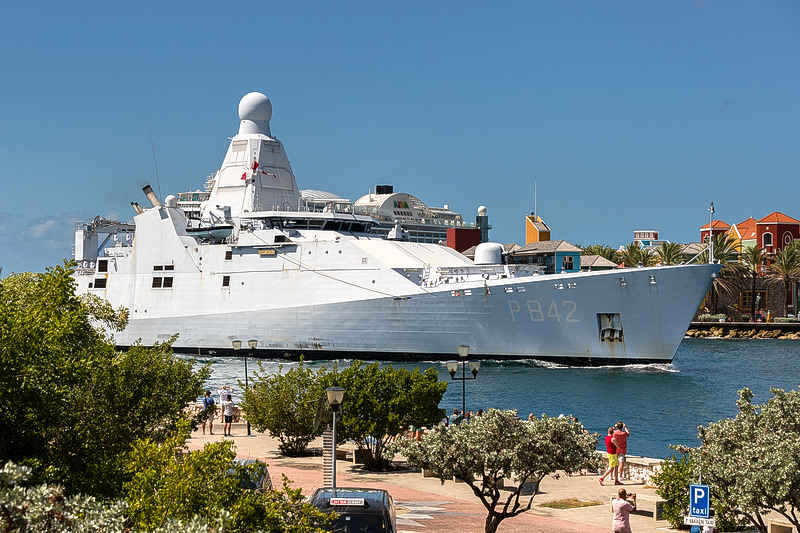 The station ship will stay in the region for at least six months and patrol the Caribbean Sea intensively. It is deployed for, among other things, anti-drug operations, enforcement in the case of arms smuggling and human trafficking, but also for possible hurricane relief within or outside the Kingdom of the Netherlands.

The ship will also sail for the Dutch Caribbean Coast Guard to be involved in enforcing environmental regulations, for example, when it comes to (illegal) fishing.

It regards an ocean-going patrol vessel of the Holland class. Friesland was last active as a station ship in the Caribbean in the spring of 2018.

With its presence of the station ship, the armed forces fulfil their constitutional tasks, such as maintaining the international legal order. The previous station ship Groningen managed to book a record five drug seizures in one month and intercepted thousands of kilos of drugs.