Statia school closed due to lack of water 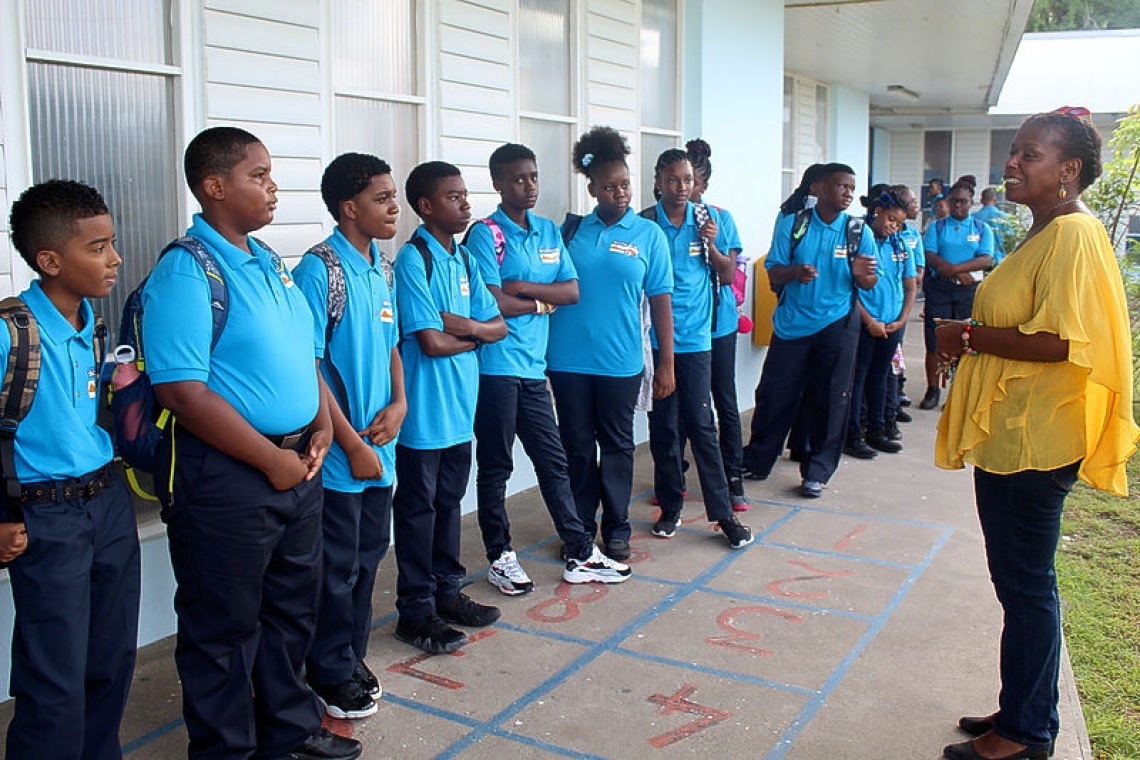 ST. EUSTATIUS--Gwendoline van Putten (GvP) Secondary School in St. Eustatius sent its students home on Tuesday due to lack of drinking water. The schoolchildren arrived at school on schedule and were subsequently informed that they were to return home as there would be no school that day.

Schools in Statia were gradually reopened on May 11, many with an adapted schedule. Due to the coronavirus pandemic schools had been shuttered since March 30. On Monday, June 1, schools on the island were closed for the Whit Monday holiday.

GvP School has the largest student body of the entire island. The classes at the school were split, with a maximum of 11 students per class. Two groups of students were established to limit the number of students on school premises. Group one is to be in school on Mondays, Wednesdays and Fridays, while the second group is supposed to attend on Tuesdays and Thursdays. The groups are expected to alternate weekly between these two schedules.

Deputy Government Commissioner Alida Francis stated that the public entity St. Eustatius was aware of the situation, as GvP School Principal Rosalie Edelstein-Lopes had notified them about the issue early Tuesday morning.

Francis said Edelstein-Lopes had informed the island government that the school had no choice but to close because of the water situation.

Francis said Director of Social Affairs Carol Jack-Roosberg was to stay in close contact with the school to see how the public entity and the school could work together to arrive at a solution.

“The situation surrounding water on the island is known to everyone. It is our understanding that the school does have a functioning cistern, so we are looking into the possibility to see how we can have school restart; of course, under better conditions than these currently are for students, management and staff of GvP School,” Francis said.

One parent said his child had returned home from school because there was no water. A student said he had gone to school and had been told there was no school, but he said he did know the reason for this.

Another parent said he had dropped off his daughter to school and later had to return to pick her up.

St. Eustatius Utility Company STUCO stated Monday that it had located “a few more” areas of faulty pipes to replace at the most critical area of Lower Town. Due to the sudden appearance of a leak on Monday evening, STUCO was forced to shut down the water-distribution system which led to the non-distribution of water in the morning hours.

Many persons in Statia were upset over the late notice and the manner in which the information was relayed to the public via social media. The company requested that persons in urgent need of water contact its office for water-delivery support and leave their name, address and telephone number. The company said it was “looking forward” to completing the exchange of the pipes in Lower Town by the coming weekend.

A roadblock was erected at Fort Oranjestraat to allow works on the damaged pipes on Monday. On Monday evening water was flowing on the streets between Blue Bead restaurant and the almond tree, where pools of water had settled from the leaking pipes.

No STUCO water was available on Tuesday morning, but the water distribution was on later on Tuesday.

Drinking water is rationed in Statia due to water leaks, with water available from 5:00 to 8:00am and 5:00 to 8:00pm only, unless there are issues.