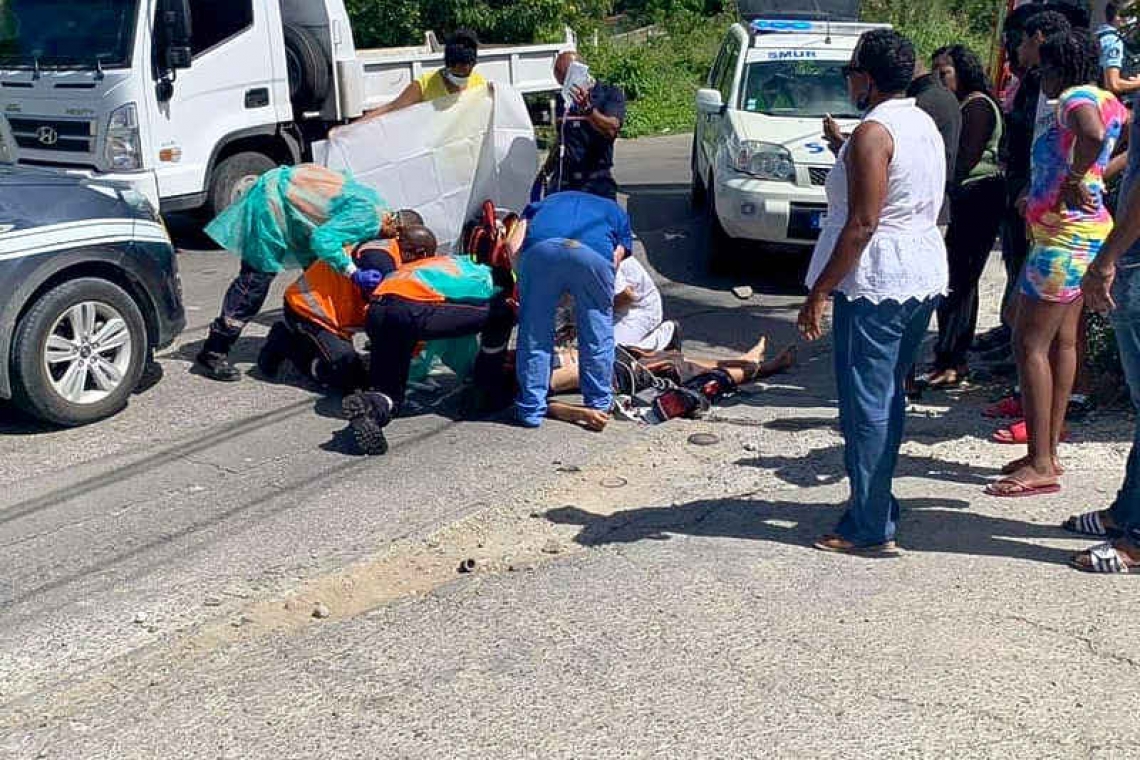 The Gendarmerie registered another road death on St. Martin roads when a young man was killed in a scooter accident in La Savane on Friday afternoon. According to preliminary information from the Gendarmerie, the accident was caused by a car driver either not indicating their intention to turn left, or not seeing the scooter. As a result, the scooter crashed into the car as it was making the turn. Both the car and the scooter were travelling in the same direction, towards Grand Case from Marigot. Despite the intervention of emergency services, the young man died at the scene. Photo contributed.