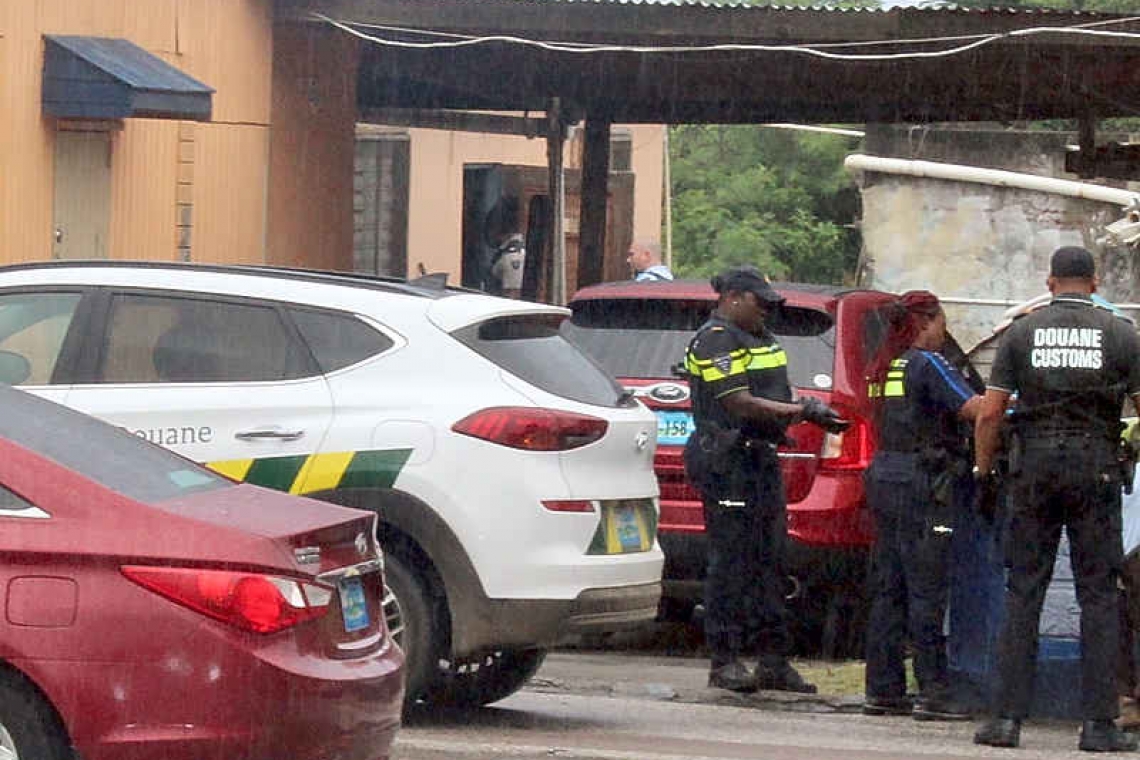 Police officers and Customs officials conducting a search at a house on De Graaffweg on Friday, August 7. (File photo)

A woman G.C.M.M. (30) was arrested on Wednesday, August 5, for violation of the Opium Act. She is suspected of smuggling cocaine and marijuana from St. Maarten.

The woman, who was found in possession of 460 grams of cannabis and 190 grams of cocaine which were hidden in a vacuum cleaner, was released from custody on Monday, August 10.

That same day, a second suspect, a man D.A.H. (39) was arrested. He is presently in police custody for further questioning.

In connection with this case, house searches were conducted at De Graaffweg and Passion Fruit Road on Friday, August 7.

The police stated that because the investigation is still ongoing no further information could be given at this time.