Sarah wants to know status of govt., says rush to remove Grisha, yet no new chair 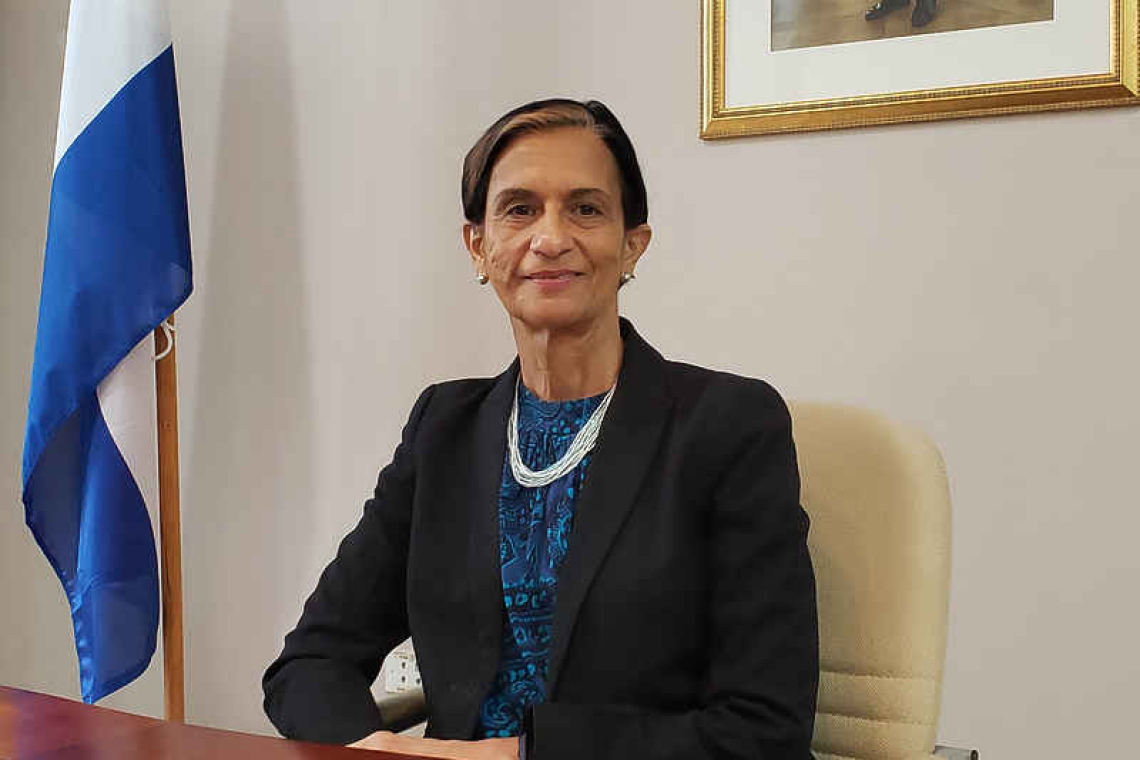 PHILIPSBURG--What the current status and state of the sitting government is, is a question that United Democrats (UD) Member of Parliament (MP) Sarah Wescot-Williams wants answered.

She said on Tuesday that although there had been a rush to remove Grisha Heyliger-Marten as Chairperson of Parliament, a new chair is yet to be appointed.

“I started off this meeting in which we are debating the amended budget 2022 … by asking the minister [of finance – Ed.] to inform us about the state of this government – the basis for his government, the one who or the ones who are presenting this amended draft budget. I will be pleasantly surprised, but I don’t expect it if the minister of finance would go into answering that question today [Tuesday], because it is unbelievable, to say the least, that the government ministers, in this case, the minister of finance, comes to this hall of Parliament [and] presents an amended budget 2022, since the budget was passed many months ago and what happened? And what people need to understand is that the government since then has been acting outside of the budget that was approved; that is why we have an amended budget today,” she explained.

During his answers to the question on the status of government, Minister of Finance Ardwell Irion said an answer was not yet provided. The response is expected to be provided to MPs in writing as the meeting ended on Tuesday after it was adjourned due to no quorum. When it resumed, United People’s (UP) party MP Rolando Brison proposed that the meeting be closed if the Central Committee Meeting had been exhausted and that the answers be provided to MPs in writing.

On the issue of the chair, Wescot-Williams said no new one had been appointed. “That too is a slap in the face of the Parliament of St. Maarten and the people as if what happens in here and how they do is of no concern to anyone; so, we rush it to dismiss the chair that was there, but now are we going to appoint a chair? No, we are going to see a rotating between the first and second vice chairs and nobody involved in this thinks it is right and decent to inform the Parliament what is going on,” stated the MP.