Sarah calls for referendum to be held on decolonization 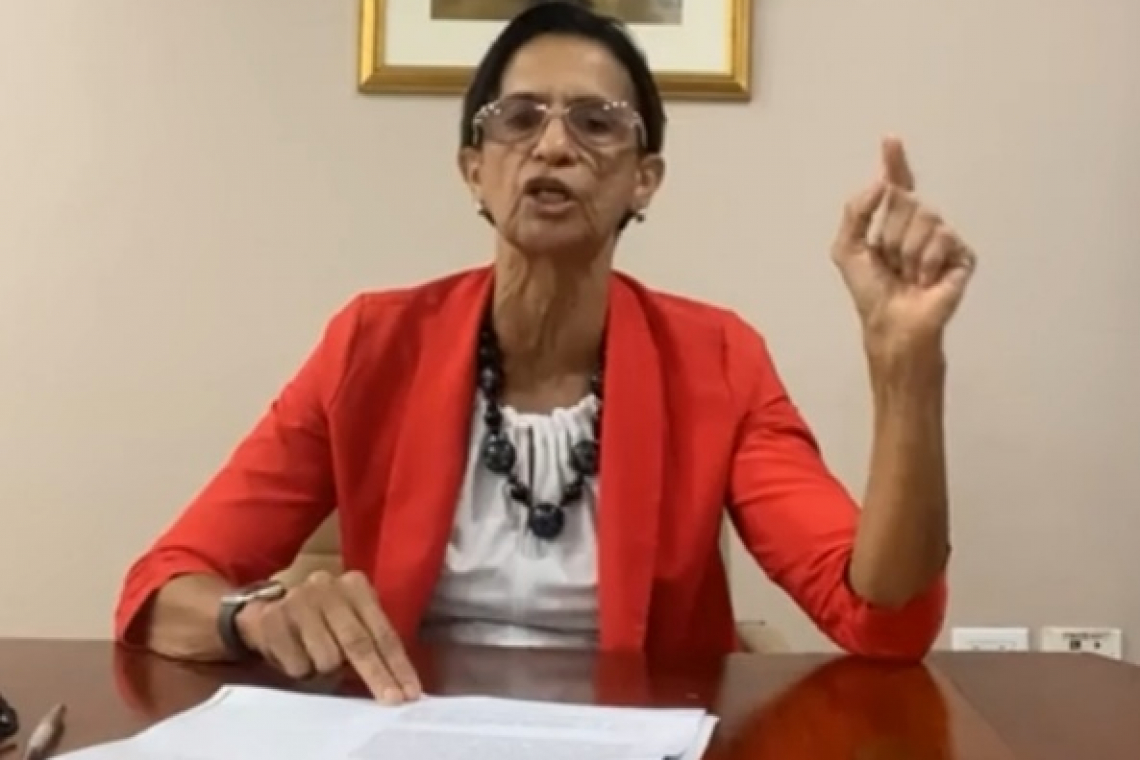 ~ Also wants survey on what public feels is important ~

PHILIPSBURG--United Democrats (UD) Member of Parliament (MP) Sarah Wescot-Williams on Thursday called for the government led by Prime Minister Silveria Jacobs to conduct a survey amongst the population to determine what they feel is important to them, and indicated that a referendum should also be held so that the population can decide on the matter of decolonisation.

Wescot-William made her call at a press conference in the wake of the petition Parliament has submitted to the United Nations requesting that it “investigate violations of a UN mandate right to a full measure of self-government for the people of St. Maarten.” UD and Party for Progress (PFP) have strongly opposed the petition, indicating that it contains blatant lies and puts the country’s liquidity support in jeopardy.

Wescot-Williams said the petition contains some blatant errors, including referring to St. Maarten citizens as citizens of the Dutch government.

When questions were asked about the petition during Wednesday’s closed-door meeting of Parliament’s Committee for Constitutional Affairs and Decolonization, MPs were told that the motion passed by 12 of the 15 MPs on November 5, 2020, gave the Chairperson of Parliament the mandate to execute the content of the motion.

Wescot-Williams said she had indicated at the time of the November 5 motion, which she did not support, that the motion will come back and “bite” the Parliament of St. Maarten.

She said that when St. Maarten had been negotiating with the Dutch government for liquidity assistance, the Dutch government had made it clear that Parliament needed to state its position clearly on the decolonisation matter and on Pro Soualiga Foundation, which the November 5, 2020 motion endorsed.

The government of St. Maarten distanced itself from this, and the authors and supporters of the motion “thought they were being slick” by including in the motion a mandate for the Chairperson of Parliament to communicate with any and all third parties on its behalf where it concerns all matters related to the motion and its execution.

Wescot-Williams said it needs to be explained how Parliament moved from the November 5, 2020 motion to a document that accuses the Dutch government of racism and violation of human rights.

She also questioned what is the goal and intention of the process, and asked what contracts Parliament has entered into for the petition; how much has been paid for the advice from the Choharis law group; and how much the litigation will cost and whose funds will be paying for it.

“Don’t tell me it’s the same liquidity assistance money that now is holding up the government of St Maarten. … Parliament does not have its own money. It has its own budget, but not its own money, so that would mean that the money for this is coming from the general pot of the government of St. Maarten, and to a great extent that general pot is funded by the very liquidity assistance from the very Dutch whom we are taking to court over this.”

She said MPs who vetted the petition have to be held accountable to the people of St. Maarten for its content, noting that the coalition has set up government ministers for the potential implications of the petition, and said MPs who endorsed the petition “have just pulled the rug from under the feet” of the Silveria Jacobs government.