Sarah: Another week, still no word on Lawrence’s absence 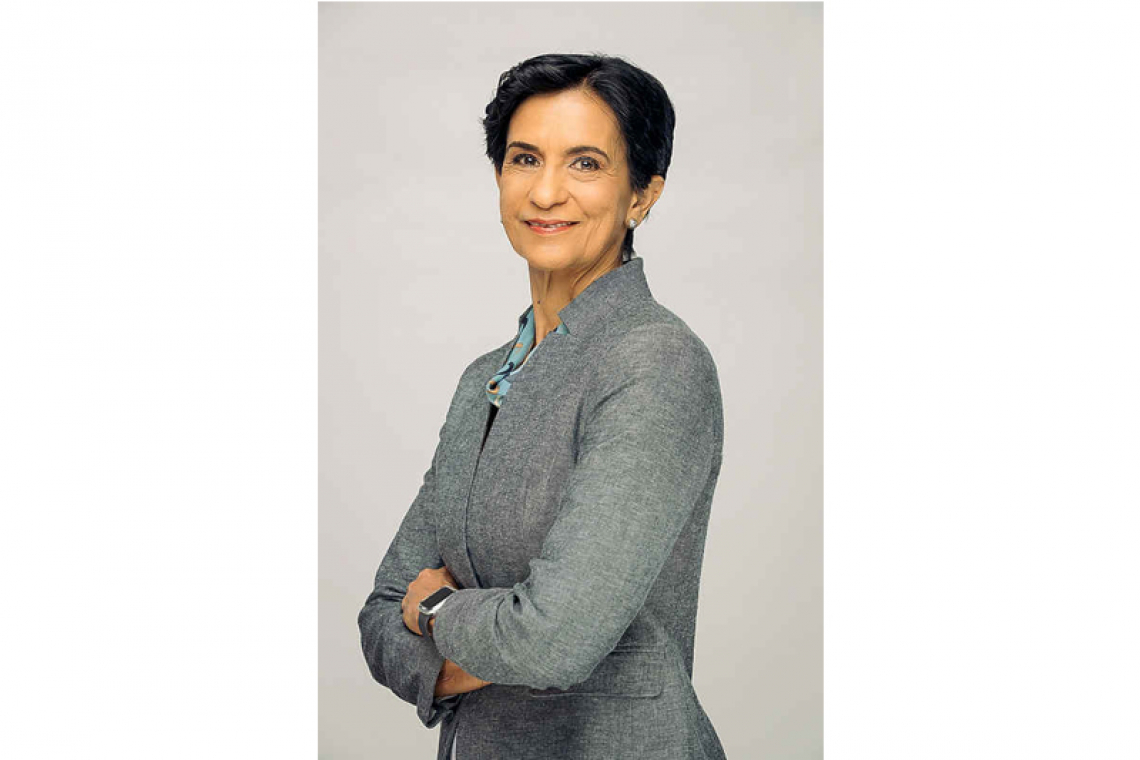 
PHILIPSBURG--United Democrats (UD) Member of Parliament (MP) Sarah Wescot-Williams said on Sunday that she has noted with much concern that another week has gone by and there is still no news about Minister of Tourism, Economic Affairs, Transport and Telecommunication (TEATT) Roger Lawrence and his return to office.

“The minister disappeared from the public view without so much as a notice to the general public. And the Council of Ministers (COM) of St. Maarten seems to have no issue with the situation. Yet, there are so many important matters pending at the Ministry of TEATT,” she said in a press statement.
“While the minister’s absence is one thing and in my view unacceptable that the community and the Parliament are left in the dark, more flabbergasting is the fact that this ministry is responsible for the prices of goods and the price of fuel and the government seemingly could care less that weeks have passed since the minister announced relief for the consumers due to the high gas prices.”
Wescot-Williams said that before Lawrence went on “an assumed leave,” he announced a reduction of the cost of fuel for consumers. “However, a short reaction to this announcement by the minister of finance was not very encouraging, as he seemed to suggest that without knowing how the reduction would be compensated, he could not approve the reduction for the consumer. In the meantime, the cost of fuel products is going through the roof.”
“Nearly one month ago, I made a proposal to government how the budget could be adjusted to accommodate the reduction in fuel cost for the consumer, but an amended 2022 budget is yet to see the light of day.
“The Minister of TEATT also announced an expansion of the food items that fall under government’s control, commonly called the basket of goods, effectively setting price control on this group of items. No further word on this, but in the meantime prices continue to skyrocket out of control. Currently, with all that is going on and all that is being said, one very important element is lacking: focused and systematic control and enforcement in the areas where consumers can be duped.”
She said, “If it was only the Ministry of TEATT’s lapsing due to presumably the absence of the minister, I would have to understand, but also holding the proverbial carrot in front of the lowest income earners is the Minister of [Public Health, Social Development and Labor – Ed.] VSA’s announcement of the minimum wage increase, to be approved by the Council of Ministers, as announced two months ago.
“The minister announced that the decree would be sent to the Advisory Council after the COM’s approval. Nowhere on the website of the Advisory Council is it mentioned that this decree has been received. When a minister approves a proposal, usually the legwork is already done. And the advice then gets the nod of the Council of Ministers. How long must that take, is the question that should be asked, and where is the indexation of the minimum wage at currently?” Wescot-Williams asked.
Similarly, the changes to the civil code must also be put into force by the government of St. Maarten, she said. “These amendments reduce the duration of short term contracts, increase maternity leave and establish paternity leave. I am tempted to think that the government is against these changes.
“After this law, initiated by me was passed by Parliament, the wrong version was publicised by the government. I informed them of this foul-up and I am now awaiting the enforcement. The minister informed Parliament that this law would go into force ultimately March 31. Well, if it has, I ask that the minister provide Parliament with the government’s decision to put these changes into effect.
“Does it even make sense to belabour the issue of the timeshare ordinance again? I think not. Fact is that, promises notwithstanding, nothing has been done by this government. We were told that the Court of Justice would be consulted. Were they? And what is the opinion of the court of the timeshare ordinance in the English language?
“And then, the issue of the week, the 12.5% cut in salaries and benefits, and the secret conditions now attached to retracting these cuts. Yet the Minister of Finance is agreeing to pay out vacation allowance to civil servants and teachers, without thinking of all the others whose salaries and benefits were also affected by these cuts.
“The government ministers seem to forget that they are government for all of the people firstly, and employers secondly.”
She said Parliament is awaiting the amendments to the budget 2022, which has been criticised by the CFT [Committee for Financial Supervision], which suggested cuts to the budget.
“A budget amendment is also needed to make the vacation allowance payable, as vacation allowance was scrapped from the budget 2022 by the government. I again reiterate that it is in the hands of the Council of Ministers to retract the 12.5% law and they need to do so before any pay-outs can be made, which currently are not allowed due to the same law,” Wescot-Williams concluded.