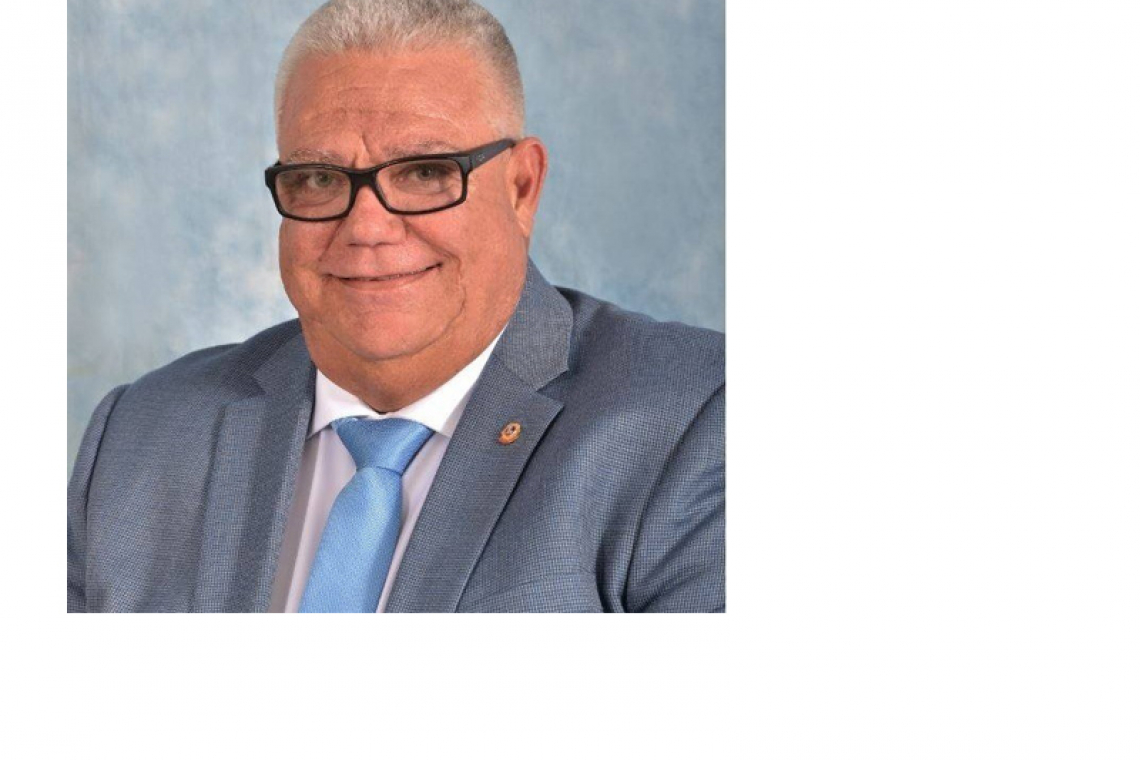 PHILIPSBURG--Member of Parliament (MP) Claudius Buncamper and former Head of the Infrastructure Management Department of the Ministry of Public Housing, Spatial Planning, Environment and Infrastructure VROMI said the “Ruby” case in which he is suspected of taking bribes, abuse of his position as a civil servant, forgery, and the misuse of government funds for personal purposes, is politically motivated and based on “substantiated and far-fetched allegations”, he said Tuesday.

On Monday, the Prosecutor’s Office requested a prison sentence of three years and a five-year ban on working as a civil servant against Buncamper. His spouse, Maria Buncamper-Molanus is facing 12 months imprisonment.

The “Ruby” case now before the Court of First Instance follows an extensive investigation into criminal acts concerning, among other charges, the tendering for management contracts of the St. Maarten landfill. In particular, Buncamper is suspected of taking bribes, abuse of his position, forgery, and the misuse of government funds for personal purposes. His wife is a co-suspect in accepting bribes.

Buncamper is charged with taking bribes from company Robelto & Sons (R&S) and the company’s two directors, in his capacity of Head of the Infrastructure Management Department of the Ministry of Public Housing, Spatial Planning, Environment and Infrastructure VROMI between May 1, 2015, and August 30, 2018.

He allegedly received in that period more than NAf. 600,000 for himself, his wife and his daughter and son. The funds were not only payments in cash, but also in other forms, such as a service agreement with his wife’s company, and a labour agreement with his son.

The Prosecutor’s announced Monday that it would file a dispossession claim, in case of a conviction.

The Ruby investigation was started in July 2018 by the Kingdom Detective Cooperation Team RST under the leadership of the Anti-Corruption Taskforce TBO of the Attorney General’s Office. On February 12, 2021, the Joint Court of Justice of allowed the prosecution of MP Buncamper.

“I believe I have done nothing wrong,” Buncamper said in at the end of Tuesday’s hearing. According to him, the Ruby investigation is based on political motives.

In his opinion, the Prosecutor’s Office want him to be removed from Parliament. “They waited to prosecute me until I was in Parliament, while I also could have been prosecuted in the ‘Larimar’ case,” said Buncamper. This case involved corruption in Port St. Maarten.

Buncamper also claimed that the Prosecutor’s Office closed a deal with the R&S directors to give incriminating statements against him.

“Everyone makes mistakes, but I did not make a mistake here… I know I was right,” his wife Maria Buncamper said in her response to the allegations. In her opinion, many things have been misinterpreted in this case.

Lawyer for the Buncampers, Jairo Bloem, primarily pleaded with the court to declare the prosecutor’s case against his clients inadmissible. He also called for postponement of the hearing, because due to all preliminary defences he could not properly prepare the substantive handling of this case. Judge Stephan van Lieshout will give a decision about this matter in December.

Bloem said that the many witness statements and confiscated documents in the very extensive casefile contain the Prosecutor’s Office’s “narrative” and “alternative reality”, constructed in “a very contrived way using innuendo, gossip, supposition and hearsay.”

Bloem primarily pleaded with the court to throw out the case due to a number of mistakes made in the prosecution of his clients, which in his opinion deprived them of their right to a fair trial.

The lawyer claimed that they were not given a chance to give statements to police investigators and were not given the opportunity to be present when witnesses, including the R&S directors, were questioned. He also claimed that quite a number of mistakes were made in the court report on the witness statements given during the three-day court hearings in late September. “This must have consequences,” Bloem said.

The Buncampers are fighting the accusations tooth and nail and dismissed the Ruby investigations as a “conspiracy theory and “rabble-rousing”. Their lawyer said that Claudius Buncamper did not act in violation of the guidelines for good governance. “He is not the big malefactor,” said Bloem.

Where the bribery was concerned, Bloem said that the allegation that Buncamper had pressured R&S to pay was insufficiently substantiated. Besides that, he only was an advisor and not a decisionmaker where tenders are concerned.

Bloem said that in St. Maarten it was “not strange” to use your contacts and network to land somebody a job. He claimed that the provisional budget for the sewage project of NAf. 400,000 per year was used for all kinds of purposes. Buncamper had also done nothing wrong in the assigning of a plot of land on Kim Sha Beach for the benefit of the S&Y company.

Lawyer Bloem called on the court to acquit his clients, or to dismiss them of all prosecution. If possible, the court will rule in this case on December 23, 2021, but in any event no later than January 13, 2022.