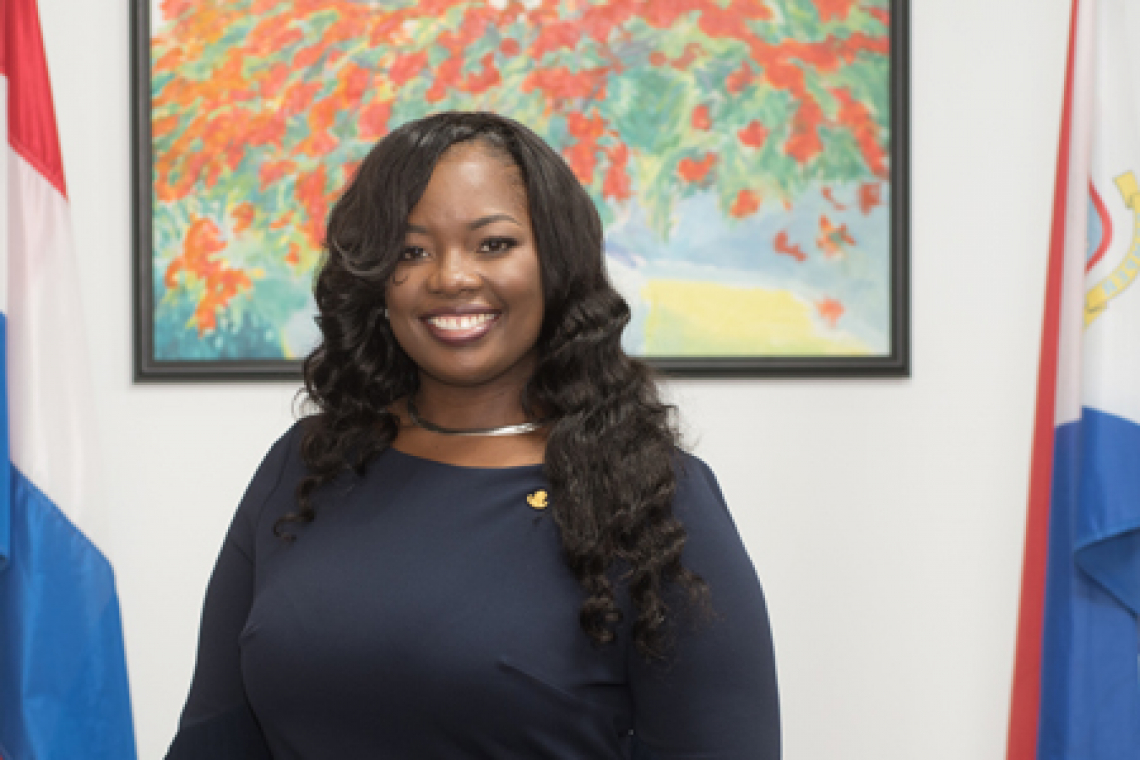 PHILIPSBURG--Minister of Justice Anna Richardson has updated and tweaked the Weapon Policy of 2016. The new weapon policy was published in the National Gazette on Friday.

Relevant stakeholders in the justice system such as St. Maarten Police Force KPSM, the Prosecutor’s Office and Customs Department were included in the process of drafting the new policy.
In the same manner that a person requires a driver’s licence to operate a vehicle, Richardson finds it necessary for a gun-holder to obtain a weapon licence to confirm that he or she can safely operate a weapon. Thereafter, the licence holder can apply for a weapon permit for the specific weapon desired. This is another distinctive added feature to the Weapon Policy of 2022.
In the policy, the application process and requirements for the different types of permits are determined in a detailed manner. For example, the policy includes separate chapters regarding a firearm permit for an individual, a weapon permit for security companies and security details, a weapon permit for a shooting club, a weapon permit to operate as a weapon dealer and a permit for a weapon other than a firearm (speargun, crossbow, air gun, etc).
In addition, the policy describes the obligations of a weapon licence holder. Furthermore, insight is provided into the new fees linked to the application process for a weapon licence. These new fees will be applicable when the relevant National Decree containing General Measures is finalised.
“By setting and enforcing strict rules for legal weapon possession, the Ministry of Justice intends to avoid legal weapons ending up in the illegal circuit,” Minister Richardson explained. “For example, by means of re-establishing strict storing requirements for firearms and ammunition as well as conducting regular controls to enforce these policy rules.”
She added that the intensified screening procedure for all types of weapon permits and the pre-requisite of training in the proper handling of a firearm are essential in “ensuring a responsible manner of regulating the legal weapons in our society and by extension minimalizing the risk for the community.”
Thirdly, Richardson said, “A proper and constantly updated registration of weapons, ammunition and permits will provide the necessary clarity within the law enforcement system about (non-)permit holders, the validity of a permit, the conditions of a permit, and the legality or illegality of possessed weapons.”
She is of the position that legal gun possession should only be possible after obtaining a state-issued permit. To obtain such, the applicant must have an objectively-determined reasonable interest in possessing a weapon. In addition, an applicant will be assessed to establish that there is no fear that the applicant will misuse the weapon or the weapon permit.
An applicant will undergo interviews, background checks, medical and psychological evaluations and gun and safety training, Richardson said. “Only persons who pass all the required stages of the application procedure, thus showing to be responsible citizens, will be considered for granting a gun permit. By introducing those safeguards, improper use or misuse of licensed weapons will be prevented as best as possible.”
To guard this procedure, the Minister of Justice will be advised by a new Weapon Committee consisting of members of multidisciplinary expertise: a high-ranked police officer, a legal expert of the Department of Judicial Affairs and an independent (forensic) psychologist.
To apply for a weapon permit, a filled-out application form in which the reasonable interest to obtain a weapon permit, as well as relevant documentation such as a declaration of conduct, registration form of the Civil Registry, a medical declaration and a declaration of a psychologist, must be submitted.
“It is illegal and a serious crime to have a weapon without authorisation,” Richardson said. “Combating the issue of illegal weapons and gun violence is a top priority. This requires a twofold approach: strict criminal law enforcement of illegal weapon possession by the KPSM and the Prosecutor on the one hand, and the existence of a thorough policy of legal weapon possession on the other hand.”
All interested persons are requested to complete a new application to be processed under the 2022 policy. The application form as well as the complete policy document can be found on the website of the Ministry of Justice
www.ministryofjustice.sx.

Exemption for dignitaries
The new weapon policy, as published in the National Gazette, prohibits carrying weapons on the public road or at any place accessible for the public. However, exceptions are made for the Governor, Ministers, the Attorney-General, Prosecutors and members of the Joint Court of Justice.
According to the Ordinance, Article 2, the Minister of Justice determines by Exemption Decree which officials or civil servants are exempted of the obligation to have a permit to carry a weapon in public. Richardson has stipulated in the Exemption Decree that not only the current ministers may carry a weapon in public, but that this also applies to former ministers. After his or her resignation, a minister may carry a weapon for another four years, according to the published document.