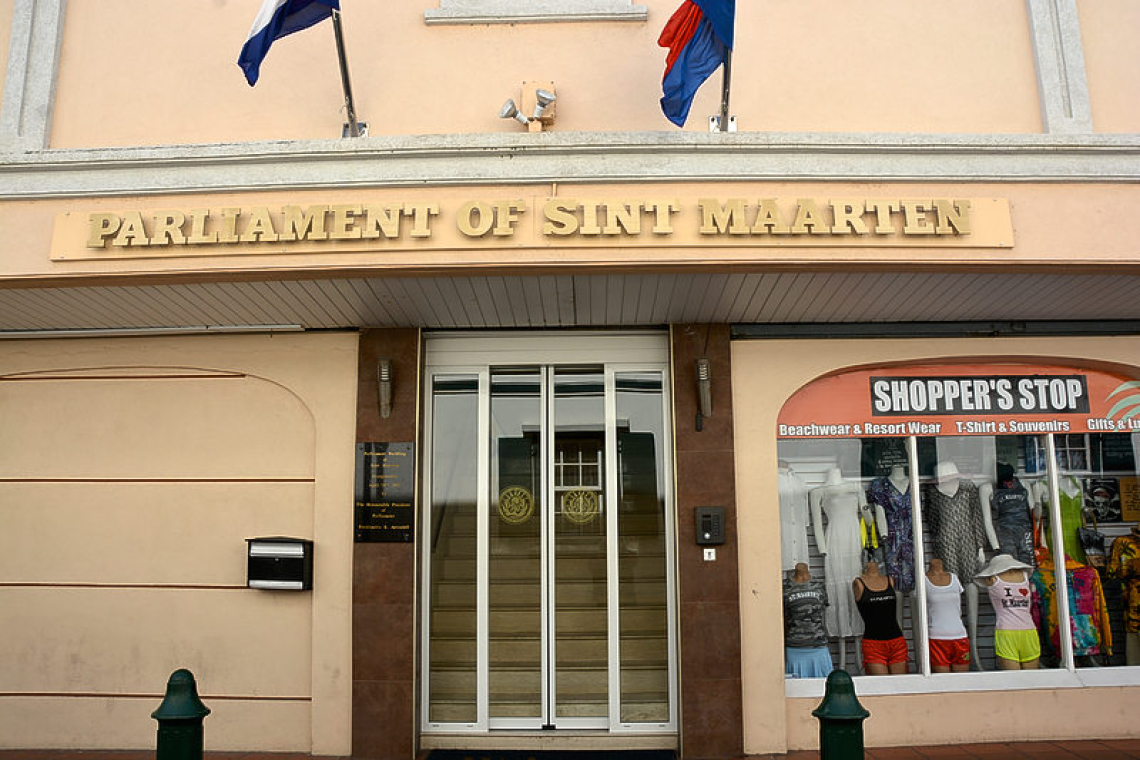 PHILIPSBURG--A request by United Democrats (UD) Member of Parliament (MP) Sarah Wescot-Williams for the speaking time in Tuesday morning’s 2022 budget amendment meeting to be extended to that of a regular budget meeting and the events that followed resulted in a walkout by opposition MPs.

Party for Progress (PFP) MP Raeyhon Peterson believes that Chairperson Sidharth “Cookie” Bijlani did not to allow Wescot-Williams’ proposal to be “seconded”.

The walkout left the meeting without a quorum, resulting in it being postponed until further notice. It was eventually reconvened on Tuesday afternoon and continued well into Tuesday night, with the passing of the budget amendments.

Following her point of order, Bijlani, who had been chairing the meeting, looked around, asked, “Anyone else?” and then said he did not see anyone seconding the proposal in the time that he had given. He then turned to the speaker’s list and gave the floor to independent MP Grisha Heyliger-Marten.

Party for Progress (PFP) MP Raeyhon Peterson interrupted with a point or order and told the chairman that he had not given MPs any opportunity to raise their hands to second Wescot-Williams’ proposal of order. “You just looked at us and then went silent,” Peterson said, to which Bijlani responded, “Silence is volume too, sometimes.” Bijlani said he had not seen anyone second the proposal and said he would now proceed to the speaker’s list, handing the floor over to Heyliger-Marten.

As Heyliger-Marten began speaking, MPs started to leave the hall. After stating, “Ja, I guess we have no quorum,” and asking whether there was a quorum, Heyliger-Marten also exited the hall.

The meeting was adjourned, as there was no quorum. When the meeting resumed in the afternoon, and Heyliger-Marten had to take the floor, Brison said Heyliger-Marten had forfeited her speaking time when she left the meeting. He said there had been a quorum prior to the MP “walking away” from her speaking time. Brison asked whether he could walk away while he was speaking and return later and continue his presentation.

After consulting with the Secretary General, Bijlani said he believed that Heyliger-Marten had the floor when there had been a quorum. “She could have continued with the quorum, but she herself relieved that. So, I believe her speaking time is not available anymore,” said Bijlani.

Heyliger-Marten requested a point of order and asked on what rules it was being based that she had given up her speaking time. She said she had counted about seven people before she walked out.

The meeting later continued and the budget amendment was passed after 9:00pm.