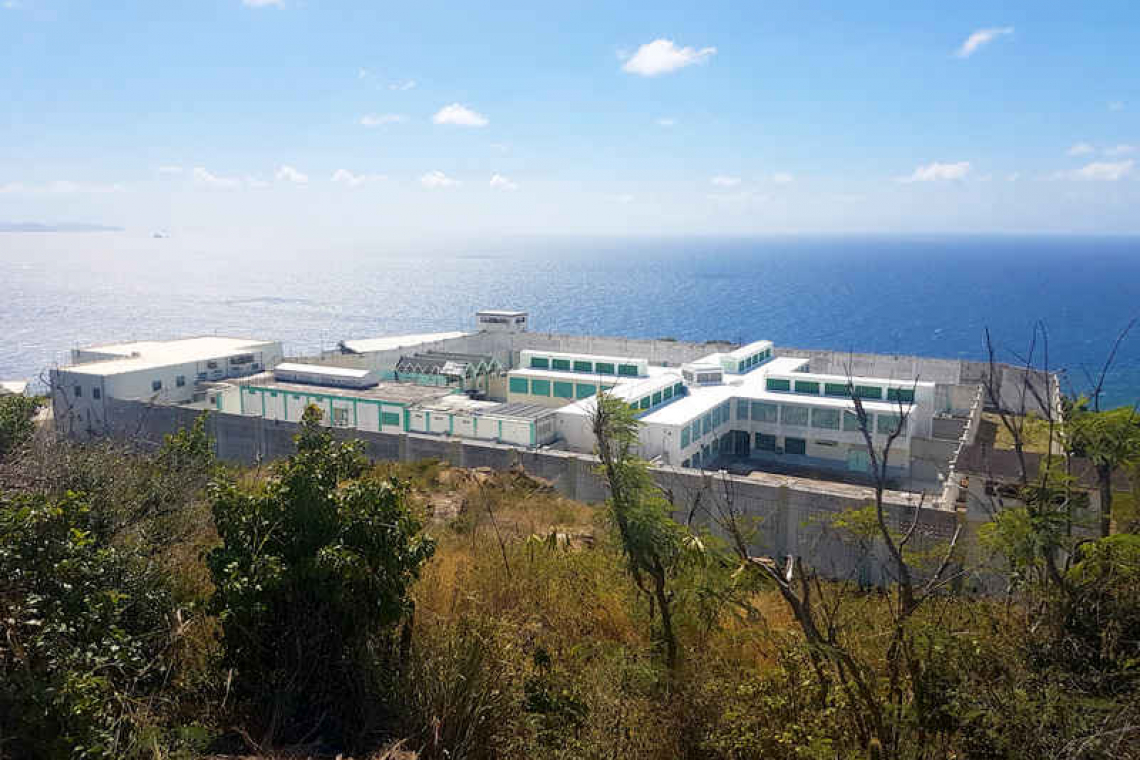 THE HAGUE--Member of the Second Chamber of the Dutch Parliament Chris van Dam of the Christian Democratic Party CDA is content with the allocation of thirty million euros by the Dutch government for the construction of a new prison and the improvement of detention facilities in St. Maarten.

“I am very happy with this first step,” Van Dam told The Daily Herald on Wednesday, the day after the Netherlands and St. Maarten sealed a deal about the conditions for the third tranche of liquidity support and long-term cooperation.

The historic December 22 accord not only includes NAf. 61.2 million (30.6 million euros) in liquidity support for the third tranche for the period July 1 until December 31, but also 30 million euros to construct a new prison and to improve the detention facilities.

“If you really want to change things at the prison, you need money. I understand St. Maarten’s situation and that it was financially difficult to execute this project. I am curious as to the follow-up. You can rest assured that I will stay on top of this. I am certainly not done with this matter,” said Van Dam.

One of the main reasons for Van Dam to keep the pressure on has to do with human rights. “The current Pointe Blanche prison is a low in our kingdom where it concerns human rights,” Van Dam stated on Twitter on Wednesday. “How you treat your inmates says a lot about the quality of your community.”

Van Dam told this newspaper that two of his major human rights concerns in the kingdom were the Pointe Blanche prison and the manner in which authorities treat Venezuelan refugees in Curaçao.

“As kingdom we carry the final responsibility for human rights. Internationally, we are held accountable. In my opinion, we as the Netherlands cannot be critical of Poland and Hungary about human rights when we don’t have our affairs in order as kingdom,” he said.

Van Dam said he would certainly ask the Dutch government how it intends to execute the plans to construct a new prison in St. Maarten. “I will surely ask the government how this will be executed, at what speed, how the funding will be spent and how the situation at the prison will be improved.”

State Secretary of Home Affairs and Kingdom Relations Raymond Knops clarified in a letter that he sent to the Dutch Parliament on the day of the accord that the 30 million euros would be spent via the budget and under the supervision of the Ministry of Home Affairs and Kingdom Relations BZK, in collaboration with the Ministry of Justice and Safety in The Hague and in consultation with St. Maarten. The United Nations Office for Project Services (UNOPS) will be assisting in the process.

“I have been asking for improvements at the prison for several years. Now we need perspective,” said Van Dam, who expressed his concerns about the execution capacity at the St. Maarten Ministry of Justice. “That capacity is very limited, especially for such an extensive project.” The capacity at the ministry has also been a constant concern of the St. Maarten Progress Committee.

On January 21, the Second Chamber will have a debate with Knops and Minister of Legal Protection Sander Dekker about the St. Maarten detention facilities. The debate was supposed to have been held at an earlier date, but was postponed for logistical reasons. The debate was requested by Van Dam.