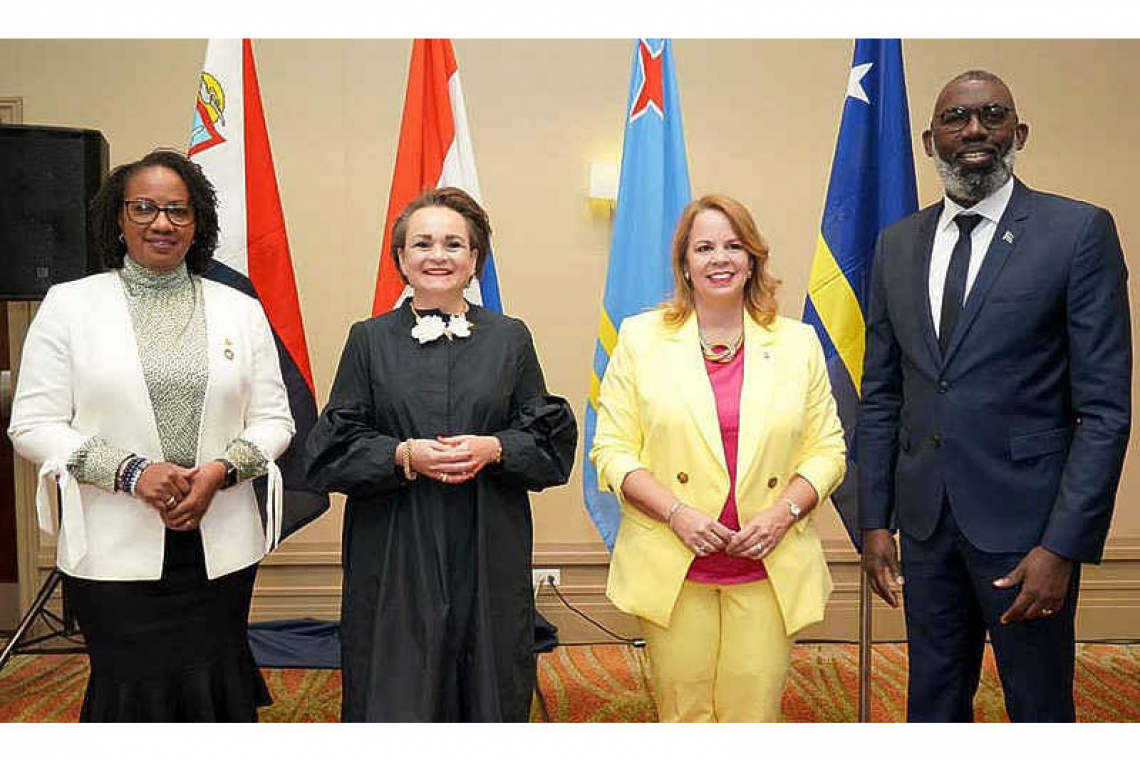 The meetings in Aruba started on Saturday evening with a meeting between Aruba and the Netherlands where Wever-Croes and Aruba Finance Minister Xiomara Maduro met with Van Huffelen and her delegation to discuss mainly financial matters, scuh as the 2022 budget and the Kingdom Law Aruba Financial Supervision RAFT proposal.

On Sunday, the delegations from Curaçao and St. Maarten arrived in Aruba for the first four-counties meeting in person since Van Huffelen became state secretary in January this year. On Sunday evening, a meeting took place, which continued on Monday.

On both days, parties talked about the 12.5% labour benefits reduction for (semi) government employees in Curaçao and St. Maarten and the 12.6% cut in labour benefits in the (semi) public sector in Aruba, as well as the Kingdom Consensus Law proposal to establish the Caribbean Entity for Development and Reform COHO and the relations within the kingdom.

Wever-Croes explained that the labour benefits reduction was added to the agenda on the request of Curaçao and St. Maarten. She explained that the situation was different for Aruba because it had already prepared a repayment of 5% in July. Aruba is hoping for a go-ahead from the RMR this Friday so it can pay its civil servants 5% back of the 12.6%.

“The meetings are going well. The themes are not easy, but the deliberations are proceeding pretty good. The important thing is that we are in dialogue and discussing the future of the Kingdom Consensus Laws and how to continue working together,” Wever-Croes stated in a press release on Monday.

Wever-Croes noted that this was the first time that ministers of Aruba, Curaçao and St. Maarten in a joint setting met with State Secretary Van Huffelen. Aside from Jacobs, St. Maarten Finance Minister Ardwell Irion is in Aruba for the deliberations, as is Curaçao Vice-prime Minister Ruthmilda Larmonie-Cecilia.

The meetings are important for Aruba, Curaçao and St. Maarten. The countries share a common goal which is to get out of the crisis as quick as possible, but to also emerge stronger and more resilient. This Friday, a Kingdom Council of Ministers RMR meeting is scheduled in The Hague where the countries hope for a favourable decision.