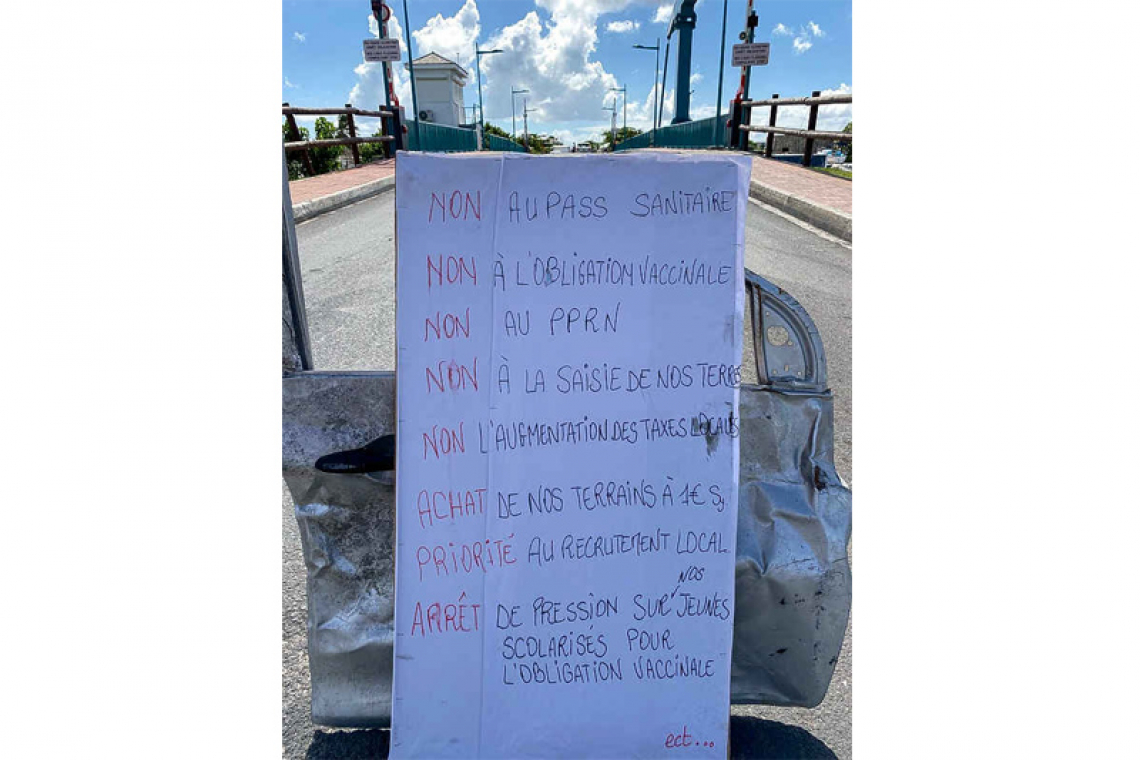 A list of the protestors’ grievances seen at the Sandy Ground Bridge.

MARIGOT--Préfet Serge Gouteyron is to meet with elected officials and parliamentarians today, Monday, to discuss urgently resolving the social crisis on the French side.

The past few days have seen protestors blocking roads in French Quarter, Rue de Hollande in St. James and at the Sandy Ground Bridge, setting alight abandoned vehicles, tyres, debris or trash bins. In addition, there were reports of demonstrators charging motorists money at the border in Belle Plaine or to pass through roadblocks.

Over the weekend, roadblocks were partially removed to the side to let traffic pass and video showed cars still weaving through piles of debris in French Quarter. No one group has claimed responsibility for the blockades. A cardboard notice at the Sandy Ground Bridge listed the complaints or demands, most of which are the same as those being negotiated between the préfet and the collectives.

On Friday, Préfet Gouteyron condemned the ongoing attempts of the past two days to block roads in Sandy Ground and French Quarter.

“These actions seriously damage the image of the ‘Friendly Island’ and discredit the reputation of the island internationally,” he said in a statement. “This behaviour that is abundantly covered on social networks, show that those controlling the roadblocks use discriminatory methods that go against the very ideas they claim to defend: tolerance, respect for differences, and flout the essential values of the Republic.”

He added: “Following the multiple crises of the last few years, all those of goodwill have mobilised and invested to save the integrity of our society. Unfortunately, all these efforts are threatened and our shared life together is in danger. The demands of the demonstrators and methods used at the roadblocks are not only illegal but also morally unacceptable.”

The préfet said it is urgent that social peace returns within the framework of peaceful discussions with all the relevant actors in the area – elected representatives, social and professional workers and representatives of associations and neighbourhood councils.

He reminded that he has been waiting several weeks for the proposals to be presented to him by the collectives, so that he can, in liaison with the elected representatives of the Collectivité, study them.

“An island divided against itself cannot survive. Let us unite for the good of St. Martin,” he concluded. 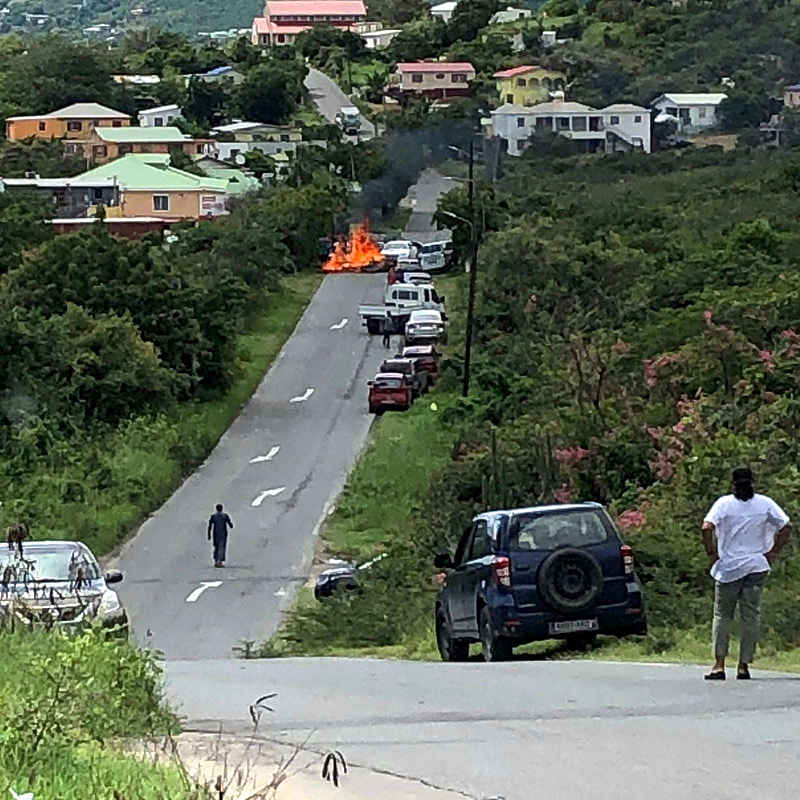 A fire is seen in the distance at a roadblock in French Quarter (Facebook photo).