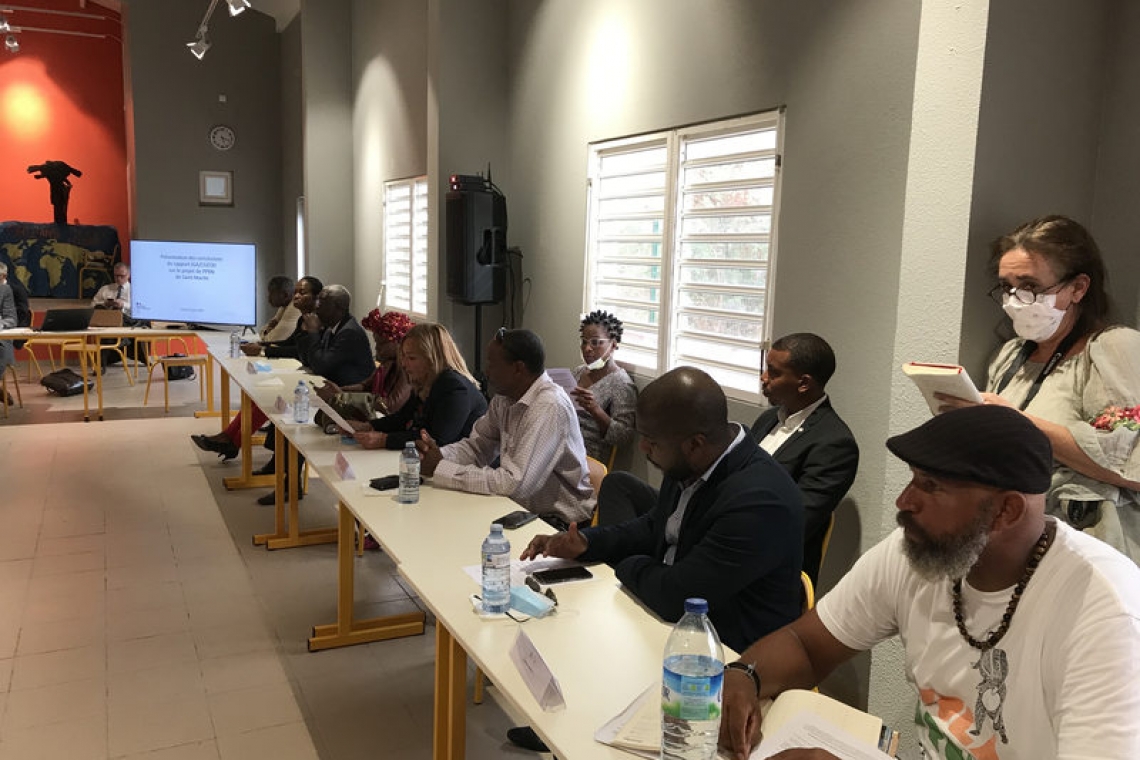 MARIGOT--The last of the seven recommendations for revision of the natural risks prevention plan PPRN advocated by the Lacroix mission now permits inhabitants owning land and living on the coast in the “50 pas geometriques” zone to obtain land title, and this will result in the signing of a convention between the State and the Collectivité, effectively solving this long-standing issue as early as July.

“The Collectivité had the competence to handle this, but there was still a final document to be signed that would give it full authority to regulate the transfer of the land to the owner who doesn’t have title,” Opposition Leader Louis Mussington, who was in the closed-door PPRN meeting last night in French Quarter, explained. “This is a significant step forward. The process had started already but apparently not in a legal way.

“One of the main causes of the barricades and rioting back in December was because when the PPRN was implemented by anticipation it was understood there would be expropriation of land and the people were very fearful of that and were determined to block it.”

The original PPRN stipulated that you could not rebuild in a red (high risk) zone. This has now been changed and is the first of the Lacroix recommendations. It states a building permit can be submitted but must be accompanied by an architect’s document committing to reducing the property’s vulnerability.

Mussington called the two recommendations “interesting and positive” and said they should allay inhabitants’ concerns. He said the meeting was generally well-received, as an effort had been made to address the issues.

The meeting to divulge the Lacroix mission recommendations took place in the French Quarter Collège, presided over by Minister Girardin, Préfète Déléguée Sylvie Feucher and President Daniel Gibbs. A large number of persons attended from the Collectivité and State services, elected officials and district council representatives.

The PPRN will now be re-written by Direction de L’Environment et Aménagement et du Logement (DEAL) to include the seven recommendations. The Collectivité also has to give its opinion on the new document and it has to go to a public enquiry stage, as before.

Girardin and Gibbs gave a press conference afterwards, but questions from the press were cut short. News of the other recommendations could not be obtained by press time.