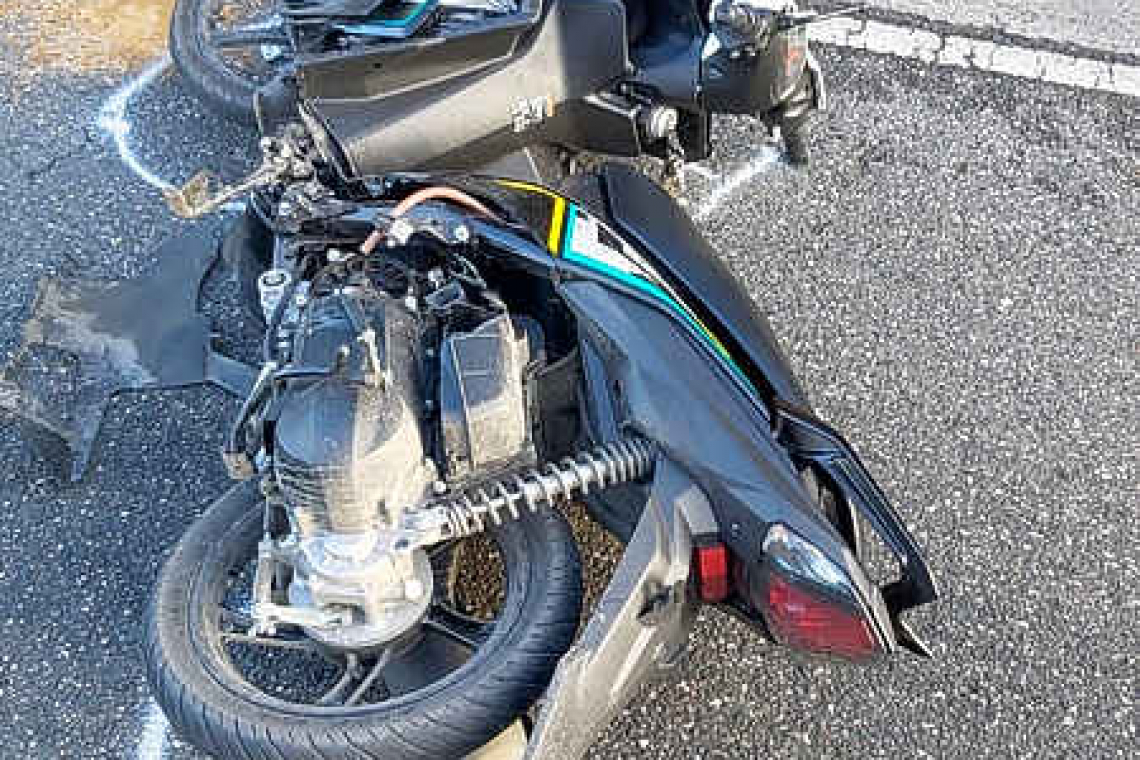 A scooter involved in one of the accidents that took place over the past week.

PHILIPSBURG--The St. Maarten Police Force KPSM Traffic Department has yet again handled a number of traffic accidents resulting in injuries. KPSM will continue to carry out controls on scooter riders and motorcyclists, especially because some road users do not respect or obey traffic regulations, the police warned on Sunday.

“Their behaviour is a nuisance to the community and endangers the lives of others,” said the police in a press release.

According to the release, several factors, including speed-related errors, stunts, no or inappropriate protective equipment, and traffic violations, influence the cause of scooters’ and motorcycles’ involvement in accidents.

Anyone with information about dangerous riders or others plaguing the community can call the Police Force on 542-2222 or emergency number 911.