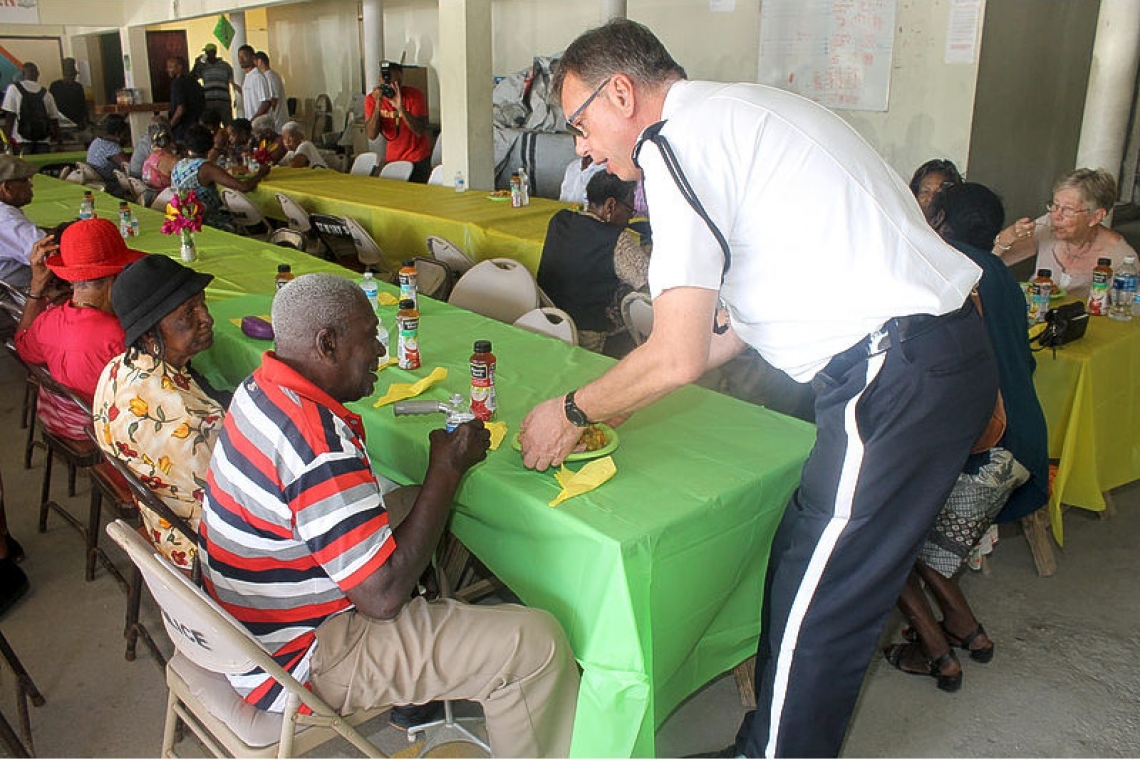 ANGUILLA--The Police Week of activities came to a close on Saturday, January 31, with a Dinner and Dance at La Vue Restaurant that included Boss and the Horsepower Band with the usual lively music. Earlier in the day there was a six-mile walk and exercise session. Also on Saturday morning was the Kiddies Jamboree that included a bouncy castle, horseback riding, face painting and mascot parading.

On Friday the finals of the football competition were held between the Royal Anguilla Police Force (RAPF) and police teams from Bermuda and the British Virgin Islands. The RAPF were the champions after going to penalty kick-offs. The same evening was the bingo with the jackpot of US $4,800 being a great attraction.

Earlier in the week the police hosted a luncheon for senior citizens at the RAPF Headquarters. Police Commissioner Paul Morrison and other officers interacted with the elders and dined with them. Officers from the Bermuda Police Service volunteered their time to assist with serving the meal. The luncheon ended with some of the patrons dancing to the vintage soca music they knew and grew up with.

The police are thankful to the public for their great support and to the many sponsors who made the events possible. The week was held under the theme “Serving with Pride, Honour and Dedication”.