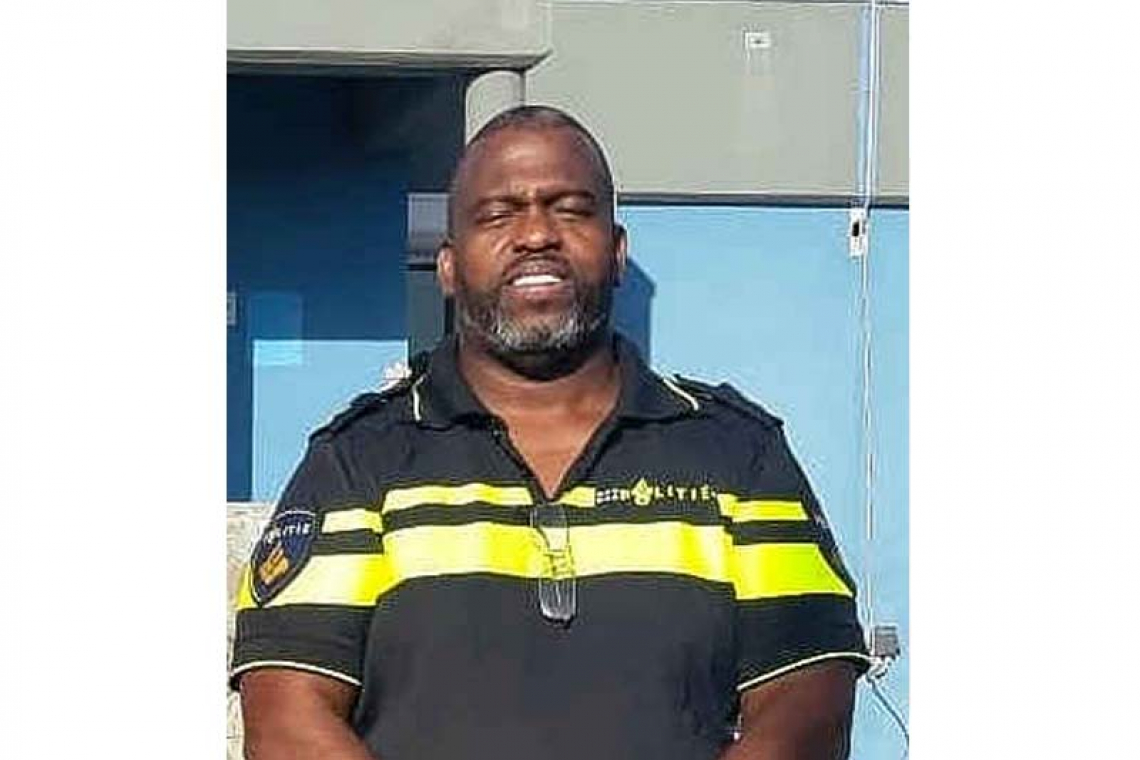 ST.EUSTATIUS--Chief of Basic Police Care in St. Eustatius, Robelto Hodge said persons who engage in lawlessness will never be satisfied with any police authority that is in place.

He was at the time responding to the recent spate of allegations and criticisms levelled against the Statia branch of the Caribbean Netherlands Police Force KPCN.

Hodge said there are advantages and disadvantages of working as a police officer in a small community. The majority of the officers under his command are Statians. There was a time when the makeup of the police team in Statia consisted of one officer from the island and the remainder were officers from other islands. Even then, the chief said some persons complained that the officers from other islands needed to go because those officers did not know the island, its customs and culture.

The chief said he is proud to manage his current team of officers, which includes Statians as well as Dutch European officers. The dedication and commitment of his team is commendable and he said that in his 30 years in service, he has never met a team that did not make mistakes, or encounter situations that in hindsight could have been dealt with differently. “Yes, we are being paid to do our job, and we are held to a higher standard. If an officer fails to live up to the standards of the KPCN, he or she will be held accountable,” Hodge said.

“The management team of KPCN nor I make any exception in this regard because we as police are held to a higher standard. When an officer commits an offence, the consequences he or she faces are one-third more severe than that of a private citizen in the same situation,” Hodge noted.

If there is evidence that confirms the complaint, action will be taken, as is the case in any other complaint. Since the inception of KPCN, various officers were investigated and held accountable for their misconduct. Some officers were fired and some received disciplinary measures, he added.

The team of officers in Statia, he stated, honour their profession as they oftentimes perform above and beyond the call of duty, and they deserve the public’s commendation. Though their daily sacrifices are not always recognised and appreciated, “we still carry on because we took an oath to do so.”

Those who do recognise the officers’ hard work, let them know this from time to time, and they are very grateful.

He said he recognises that not everyone shares his point of view, but nevertheless, one of the benefits of working in St. Eustatius, is that everyone knows everyone. Many inhabitants of Statia, he added, can very well attest to the hard work, professionalism and dedication of the current team of officers. And this, he said, is because many residents have personally experienced the good work that his officers execute.

On the other hand, the chief said there are unfortunately those who choose to violate the laws that govern the island and subsequently fall into the hands of the law. Some of these persons, he said, recognise the error of their way, do better and move on, but sadly there are some who are convinced that they can operate above the law. “In their misguided and oftentimes misinformed or uninformed plight they seek to tarnish the reputation, and incite violence and mistrust in those who are charged with the honourable task to serve and protect,” Hodge noted.

This is unfortunate, he added, because the only ones who benefit in such a situation are those who practise lawlessness to the demise of Statia’s well-being, as well as those with alternative agendas.

Hodge has been working in Statia for more than 25 years, and he has served in the function of police chief for the last two years. “The younger generation may not know me, but after 25 years of service on Statia, many know this about me and are therefore able to trust and rely on me,” he said. The same, he added, goes for his team of officers. Hodge is always open to constructive criticism. “That is how we grow as a police force, how we correct and adjust what needs to be corrected and improved. Individuals who are very harsh and direct in their criticism can provide a very invaluable contribution to the goals and objectives to better the service that the police provide.”

He welcomes any harsh, undiluted, unfiltered, but truthful criticism. Ultimately the goal, he said, is for the police as a team to provide this community with the best police service possible. “I have received some very candid constructive criticism, tips and advice from all over this community regarding the police service and we are busy implementing this in our operation,” he noted.

Hodge encouraged anyone who has the well-being and progress of this community at heart and is willing to give advice, tips and critique regarding the police service, to contact him by making an appointment or calling him on his job mobile at tel. +(599)790-0420, or emailing him at

“I want to continue working with you in the interest of our community in whatever way we can, as the police cannot police our community alone, because no police force can do this alone.”