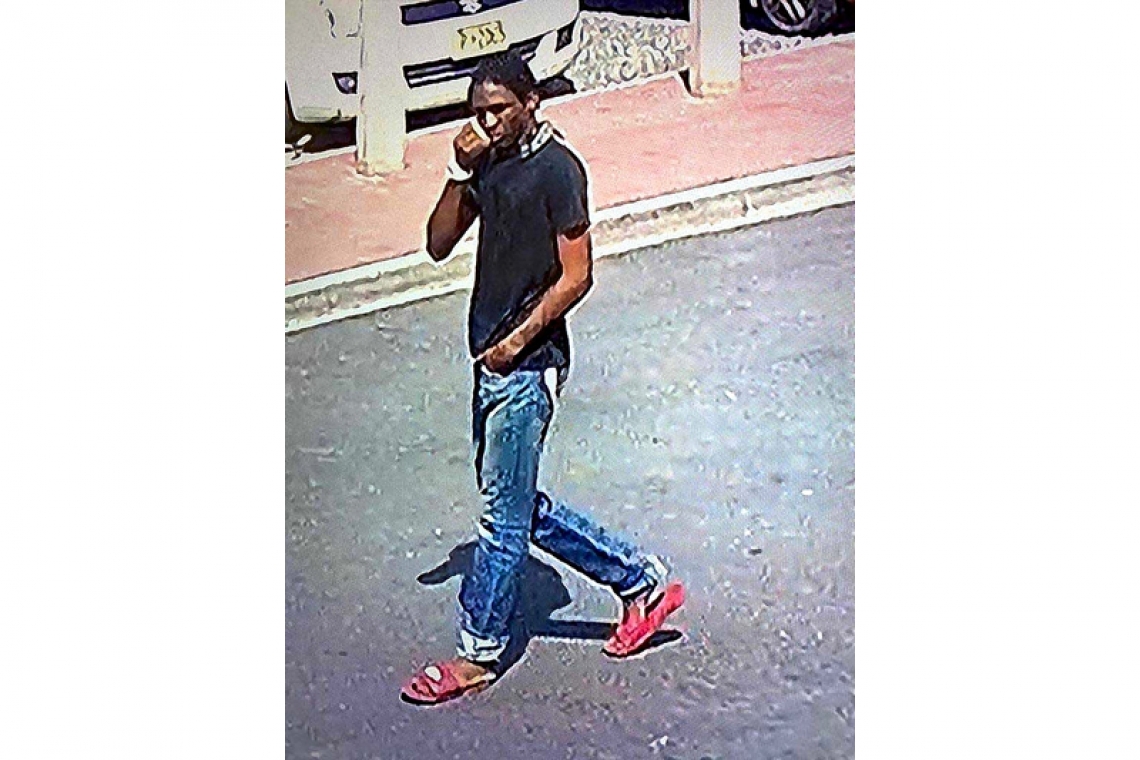 Surveillance camera footage depicting the man who shot and killed another man in an apparent armed robbery in front of supermarket Market Garden on Sunday afternoon.

PHILIPSBURG--The St. Maarten Police Force KPSM is appealing to the public to help find the man who shot and killed another man in a daylight armed robbery in front of supermarket Market Garden near Pelican on Sunday afternoon.

The robbery victim was sitting on his scooter in the parking lot in front of the supermarket when he was approached by an unknown man who was brandishing a firearm. The armed man demanded that he hand over his scooter. During the robbery, the man shot the victim in his upper body.

“The suspect, after committing this gruesome act, then made off with the scooter in the direction of Simpson Bay,” said police.

Police and Ambulance personnel were sent to the scene shortly afterwards. They found the man lying in the parking lot and bleeding from the gunshot wound. Paramedics administered cardio-pulmonary resuscitation (CPR) on the man in an effort to revive him. However, the man died of his injuries in the parking lot.

The Daily Herald understands the man was a worker in restaurant Sale e Pepe in Simpson Bay. He was reportedly at the supermarket to do grocery shopping.